The Eight Essential Hot Sauces for Your Pantry

If you Have These, You Can Spice Up Pretty Much Any Type of Food.

This weekend, the OMSI bridge parking lot will be taken over by a ring of fire sauces. The PDX Hot Sauce Expo will offer an overwhelming array of palate-destroying liquid capsaicin, and spicy-food eating contests that might include actual vomiting. It should be terrific. In honor of the event, we asked Mi Mero Mole owner and salsa scholar Nick Zukin to put together the ultimate hot sauce cabinet you should keep at home.

The most popular Mexican hot sauces come from the state of Jalisco, which touches the Pacific. Valentina has an earthy, dried chili flavor balanced by vinegar and sugar. Salsa Huichol, named for an indigenous local tribe, is sweeter, tangier and less earthy. Tapatío, borrowing the nickname of a person from Guadalajara, the capital of Jalisco, is actually made in California, but mimics the style. In Mexico, Valentina is used on ceviche, potato chips, and even fruits. Cholula is also from Jalisco, though named for an ancient town in Puebla, and has a more complex flavor with a citrusy character, though it has no citrus.

Invented in the 1800s, the oldest and still one of the best Cajun hot sauces, Tabasco uses mashed fresh red chilies that are then salted, fermented, and aged three years in whiskey barrels before being strained and mixed with vinegar. It's very tangy, with an underlying funkiness from the fermentation. Crystal, one of the several similar sauces from the region invented in the early 1900s, is less sweet, less tangy and less spicy, with almost no funkiness, but still a good all-purpose hot sauce.

The Yucatan Peninsula is where habaneros and this sauce come from. El Yucateco has several sauces made with Mexico's hottest chili, but its Caribbean sauce best retains the floral character of the habanero. Matouk's, a sauce from the Caribbean using Scotch bonnets, is harder to find, but also quite good. Locally, Aardvark is a good Caribbean hot sauce, though less floral. 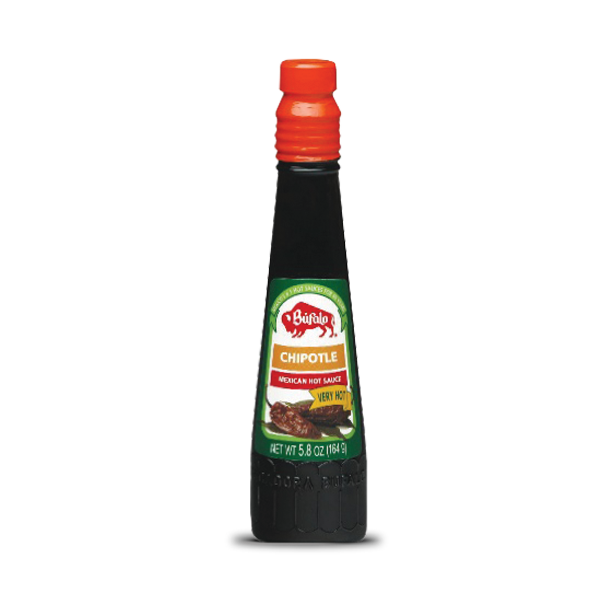 Modeled after the chipotle sauces of Puebla, Búfalo can be found in most grocery stores. Chipotles (smoked jalapeños) in the sauce are balanced by sugar and sweet spices. This sauce is the reason many of the national brand salsas now make a chipotle version.

In Mexico, tomatillos are much more common in table sauces than tomatoes. It's a shame more hot sauces don't highlight the sour fruit. Embasa is a national brand, and like Herdez, its salsas are used in place of homemade ones at many taquerias and taco trucks. Many other taquerias would be better off using them. Embasa's salsa verde has a fresh, bright tomatillo flavor with just enough chile. For a spicier green sauce, look for Los Roast's hot New Mexico Green Chile.

If you really want to set your nostrils on fire, there's nothing better than chili oil. You'll find it on tables in Mexico, Thailand, and even China. It's just toasted, dried hot chili flakes and/or their seeds in oil, sometimes with flavorings. Local salsa maker Hot Mama makes one with peanut oil, sesame seeds and garlic that is similar to the "crisp chili oil" you'll find at Asian grocers. They're nutty and tooth-meltingly hot as a rule. Master Sauce crisp chili oil is a good Taiwanese brand that's cheaper.

Most people are familiar with the "rooster sauce" made by Huy Fong, the California company started by a Vietnamese immigrant. It's bitter and tastes of garlic powder, but it's cheap and popular. Shark brand sriracha, a favorite of Pok Pok's Andy Ricker, is the style you'll find in Thailand. It's fragrant and delicious, with a brighter red chili flavor backed by sweet garlic and vinegar.

Malaysia and Indonesia have some of the world's great hot sauces. Most can be hard to buy in the U.S. Sambal oelek, though, is available at most Asian grocers, even some national grocers, and is the base for many other sauces. Sambal oeleks are salty with an assertive fresh red chile flavor. Kokita's has a little tomato for sweetness, but no vinegar. If you can't find Kokita, look for a brand from Indonesia or Malaysia.