[ETHIOPIAN SOUL] There are a lot of fancy-pants ethnomusicological things that could be said about Ethiopian dance music from the 1970s. Here's a simple one: From the first note, you're probably going to like it. At its most basic, the music is the merger of native African rhythms and scales and the James Brown records that first made it to East Africa nearly a half-century ago. It's among the grooviest, funkiest, most energetic stuff ever created. In fact, the original material is so good that when Portland's seven-piece Tezeta Band—whose name can be roughly translated as "nostalgia" or "longing"—decided to make it their primary source of inspiration in 2008, they immediately found steady work, and eventually were featured on stages with some of the world's top names in African pop. On the group's debut full-length—a frothy mixture of horn lines, wah-wah guitar and breakbeats—they present 11 tracks of hot fire, the likes of which would be fit for any Quentin Tarantino movie in which Samuel L. Jackson drives a big black car at high speeds. The Origin of Nightlife burns brightly from the intro track, "Gizie Degu Neger," a pulsating Afrobeat song featuring just the right amount of blissed-out organ, all the way to "Tezeta," a claves-ridden number that has a subtle hint of Southern-style guitar and flute. It's the kind of thing you put on, then wonder why you feel so damn good 30 minutes later. If only more bands would harness this. It is, obviously, the right kind of nostalgia. 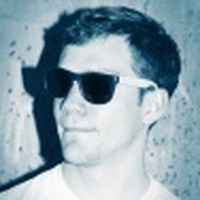 Parker Hall is a writer, musician, and home brewer from Portland. He is a graduate of the Oberlin Conservatory of Music in Ohio, where he studied jazz percussion with drum legend Billy Hart (Miles Davis, Herbie Hancock). Now a freelance writer and professional member of the city's jazz and indie rock scenes, he spends most of his days writing, playing music or drinking brews in his spacious North Portland basement.