[WHITE NOISE] Paul Dickow has employed many guises over the years, but none wears his sonic environment quite as well as his latest, Information Pollution. Under the nom de guerre of Strategy, this moonlighting master technician has experience with a vast spectrum of frequencies in the electronic music field, most famously daydreamy house music and left-field beats befitting any mood. Like many creatives working within a shifting landscape, Dickow's attempts at finding a new place to live left him with limited studio options, forcing him to make music by more spartan and utilitarian means. Information Pollution allegedly finds Dickow working with found source material, overdubbed and layered using a reel-to-reel tape player. The result is closer to the haunting ambient collage that artists like Grouper are famous for, with droidlike transmissions and shortwave sounds replacing ghostly vocals. Released by Seattle's Further Records, it's an album deserving of a live format. But as a limited run of packaged vinyl, it's hard not to consider its evocation of an airborne toxic event impenetrable for anyone outside the ivory tower of experimental music. 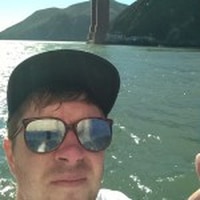