Five years ago, Glen Boyd stood at a crossroads. Should he commit to building the dragon, or start a music festival?

He chose the festival.

Now, What the Festival—a cross between Burning Man art rave, big-tent bacchanal, Las Vegas pool party and intimate, Pickathon-style campout—is one of the most anticipated annual parties in the state, attracting both bass-chasing college kids and serious electronica aficionados to the woods of Dufur, Ore. Last year, WTF drew its biggest crowd yet, and finally crossed over into financial stability.

Many questions remain, however. Not just about What the Festival, but the future of dance music itself. WW spoke to Boyd and festival co-founders Peter Clark and Tiffany Boyd—who is also Glen's wife—about sustaining their brand, mitigating the hazards of "party culture," and, of course, the dragon that got away.

WW: Why did you start the festival?

Glen Boyd: Having retired a decade-plus before, I did a lot of traveling and finished raising my children. I was ready to get immersed in something again. Both Tiffany and I and Peter had all attended Burning Man for many, many years and did large art projects and theme camps there. This just seemed like a logical next step for wanting to do more art and more music-related events.

Do you remember the moment when you made the decision?

Glen Boyd: I was very close to making a commitment to a very large-scale art piece at Burning Man. Something that would have taken a good six to nine months of my life between the fundraising and the architectural design and engineering, and then a month living out there. Of course, at the end, you end up burning it. So there's something very poetic about that, but also final. There had been an opportunity we'd been discussing about starting the festival because of another festival [Emerge-n-See] in Oregon that decided that they weren't going to be returning. It was a little festival that happened down in Salem, and we saw that as an opportunity. We knew that if we waited another year we might miss the window, so it was really tough for me to decide to give up planning this dragon for almost two years. I guess the joke I said at the time—which wasn't a joke—was, "Well, I know at least I'm not going to be burning it at the end and we'll have the opportunity to get our money back." That hasn't been the case yet.

Was the Dragon Stage a way for you to finally build the dragon installation you wanted to do at Burning Man?

Glen Boyd: Exactly. An ode to the dragon I never built.

Related: "One Small Dubstep: What is the dance music subgenre dubstep, exactly? Depends on who's dancing."

Glen Boyd: This past year really gave all of us that feeling. Before that, every year has definitely been a struggle of whether or not we have the financial stamina. We've lost money every year. We're finally at sustainability, to where I'm no longer funding it and we're able to start work on repaying some of the investment and making the festival sustainable over time.

Some journalists have declared that EDM is dying, if not already dead. How does your festival, at this point focused on electronic music, respond to that?

Glen Boyd: I think there's some truth to that about mainstream EDM. People are bored with it. When you talk about Euro house or Swedish House Mafia or these very large, mainstream electronic music acts, I would agree with that. There's so much more happening in the electronic music realm. Probably 50 percent of our acts of the last several years had some level of live component mixed in, whether it was our headliner Big Gigantic or Griz or Bonobo or Emancipator. That's a whole area that I don't see going away any time soon.

Peter Clark: We really have tried to stay ahead of that language for years. We don't brand ourselves as EDM. We constantly edit to make sure that word doesn't make it into our profile, because it is a buzzword and not something we want to associate with. It's a part of the music scene right now, and we're seeing it really hurt a lot of other events that are associated with it.

People have preconceived notions about music festivals, especially ones that feature electronic music, of being one long party with lots of drugs. How do you mitigate that?

Glen Boyd: The first thing is to make sure the environment is safe. We have a massive security force onsite. We also have a massive medical and fire team onsite. We joke and say we basically run a city. We have all the major departments. We have a doctor-led medical team. We do free water for all of the participants at dozens of locations. Our goal here is to give everybody a place to hang out with their friends and enjoy the weekend like a summer camp. Be safe about it.

What would you say to someone who is on the fence about attending but might feel pressure to participate in the "party culture" at the festival?

Tiffany Boyd: It's just getting the message out and letting people know we are so much more than that scene. We have yoga and movement workshops during the day. We have spoken workshops. They're so much more. We have a film festival. There's more to it than the music and the party.

Glen Boyd: Burning Man suffered through that same kind of thing for a long time. There's this preconceived idea that everybody who went to Burning Man is a certain type of person.

Glen Boyd: We like to say that we're proud of growing a little slower. It's allowed for most of our participants to acculturate. What that means is that someone comes because their friends are bringing them, and there's a certain level of built-in training, or a support system. If somebody comes for the first time with their friend, they're a little less intimidated and they also get a little bit of culture of how to—

Tiffany Boyd: —of how to act and not to act.

What new art installations and acts are you most excited about this year?

Glen Boyd: Where do I begin? The art changes every year. That's always new and exciting, and I'm intimately involved with the curation of that. From a structural side, we're adding a third pool and we're adding an additional late-night stage.

Who will be the breakout act this year?

Clark: We're really happy with the lineup. It has something for everybody. We're all very excited to see FKJ, Tourist, Thievery Corporation, Bonobo, Lettuce. Once you get further down the list, you may have never heard of some of these artists.

Where do you see What the Festival going in the next decade?

Clark: As the market gets more and more saturated with music festivals, I think what we're trying to strive for is to separate ourselves from that pack and stay unique, stay different and maintain our own kind of consistency. I would think in 10 or 20 years, if the stars are aligned, we'll continue to be that breakout brand that's still exciting people in ways that many other events are trying to figure out. Maybe we'll have multiple events. Maybe we'll be doing more long-term stuff. It's sort of hard to stay, but I think maintaining the brand feel is what my dream would be.

Scenes from What the Festival 2014: 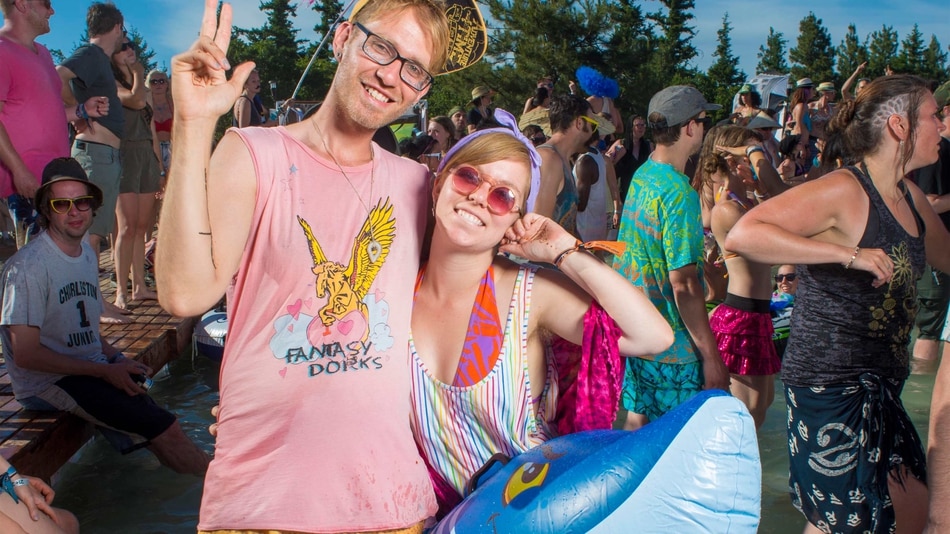 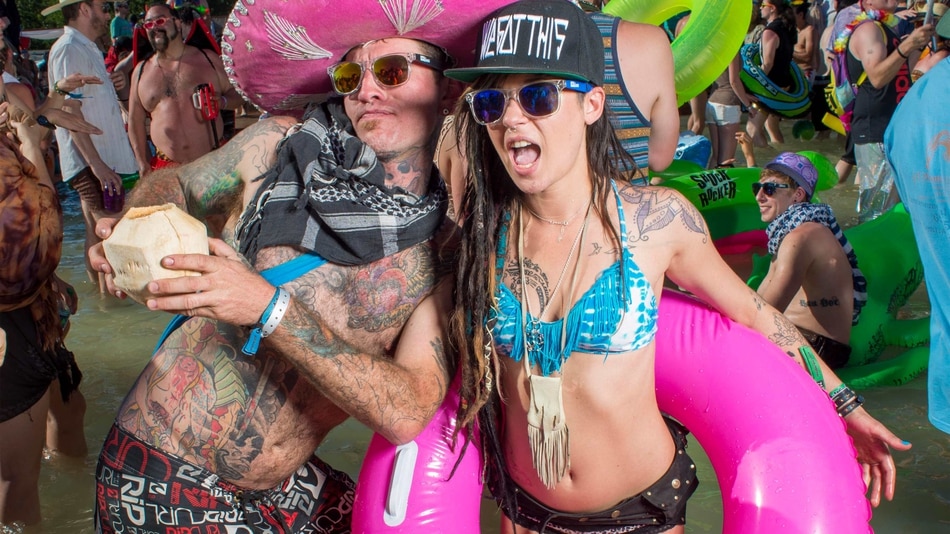 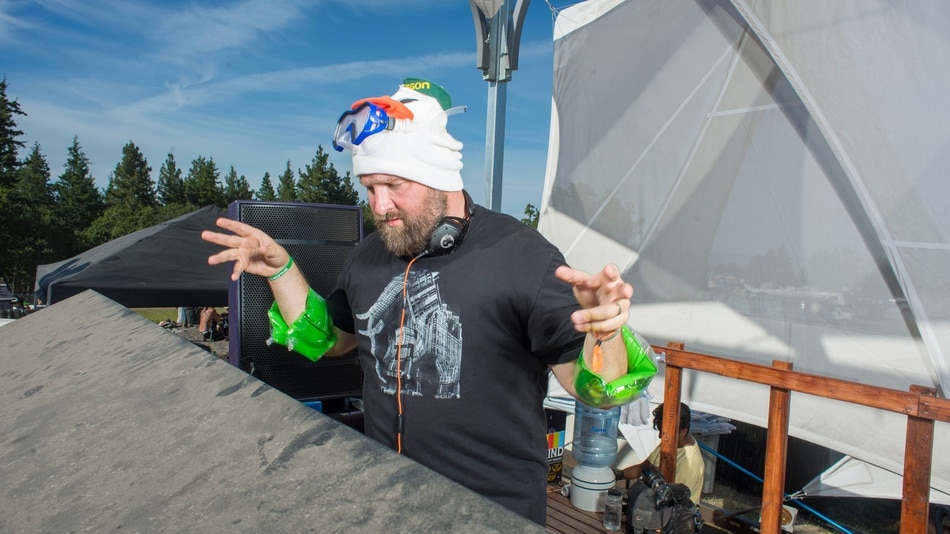 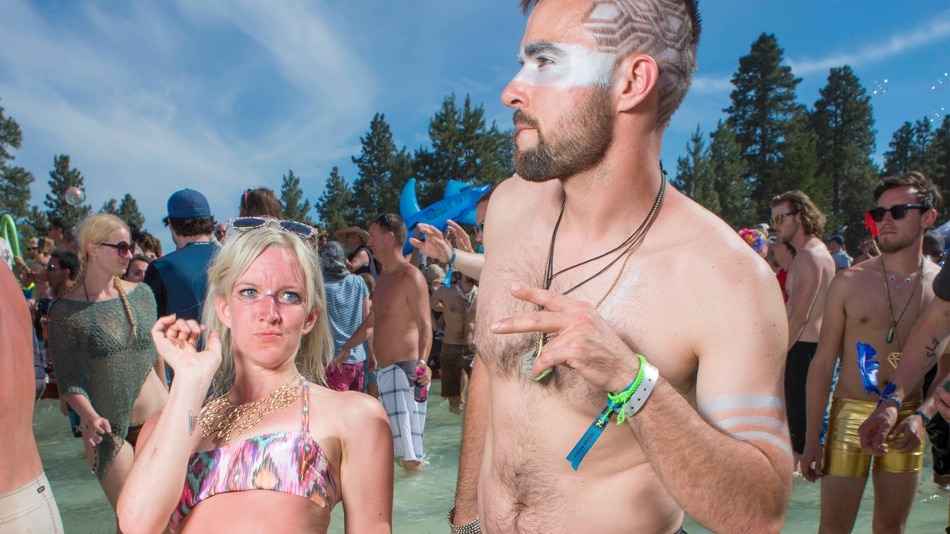 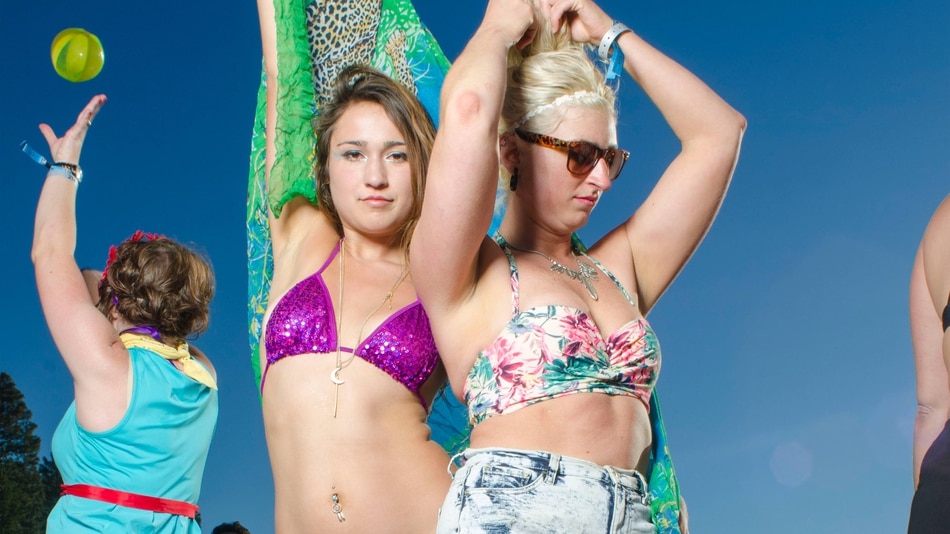 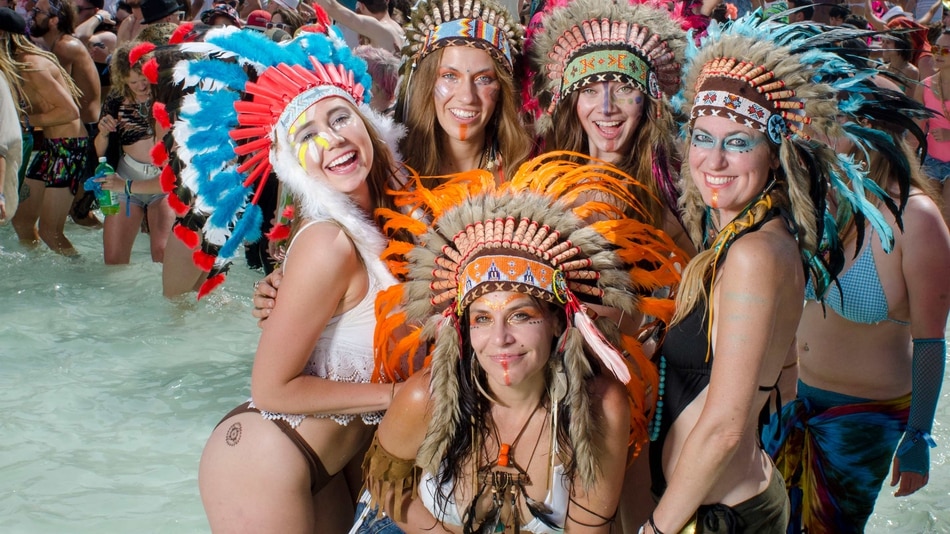 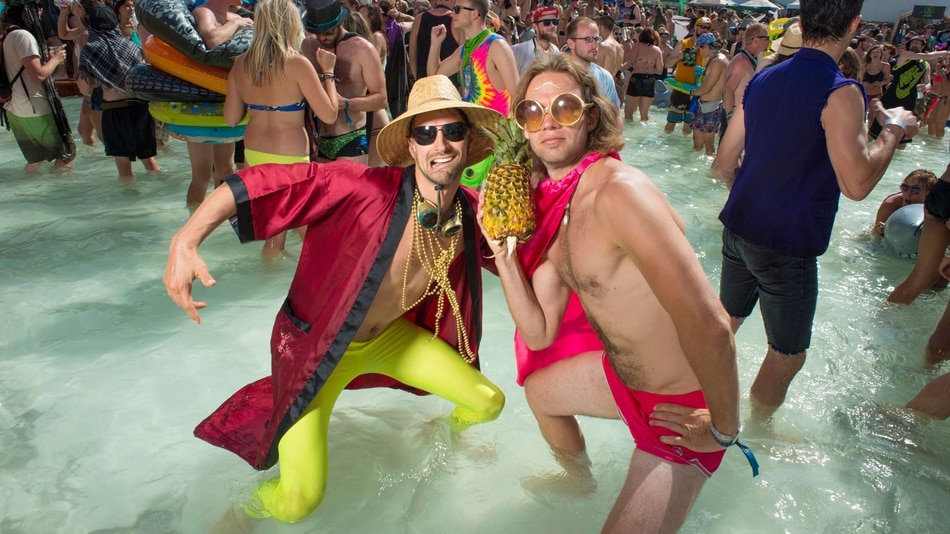 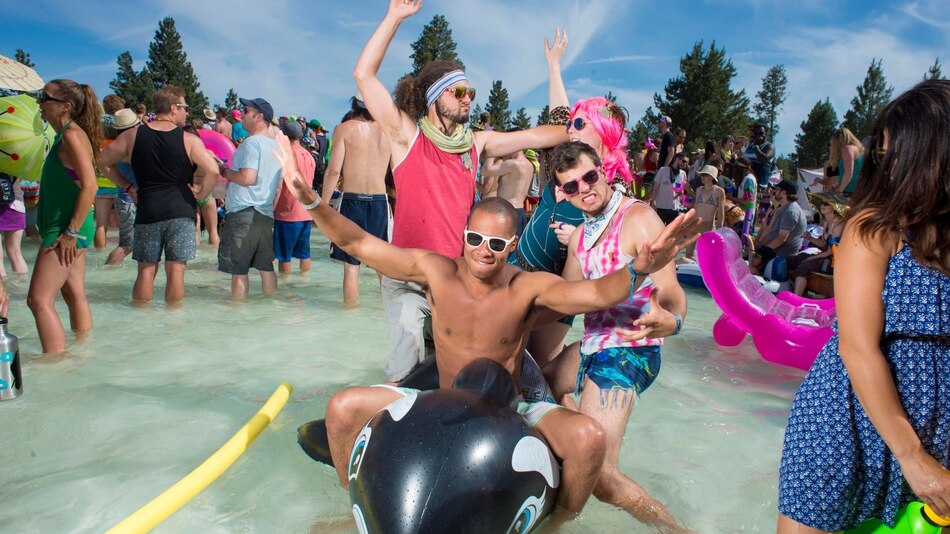 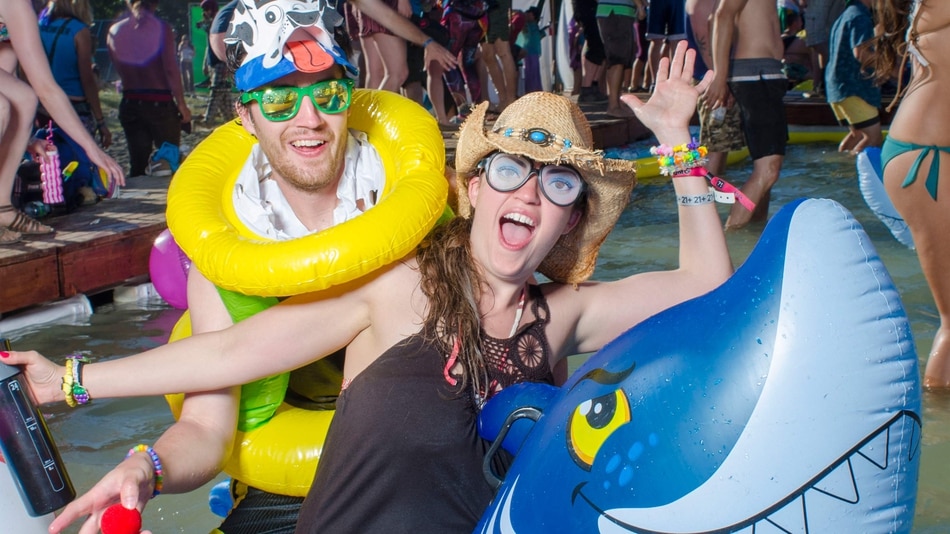 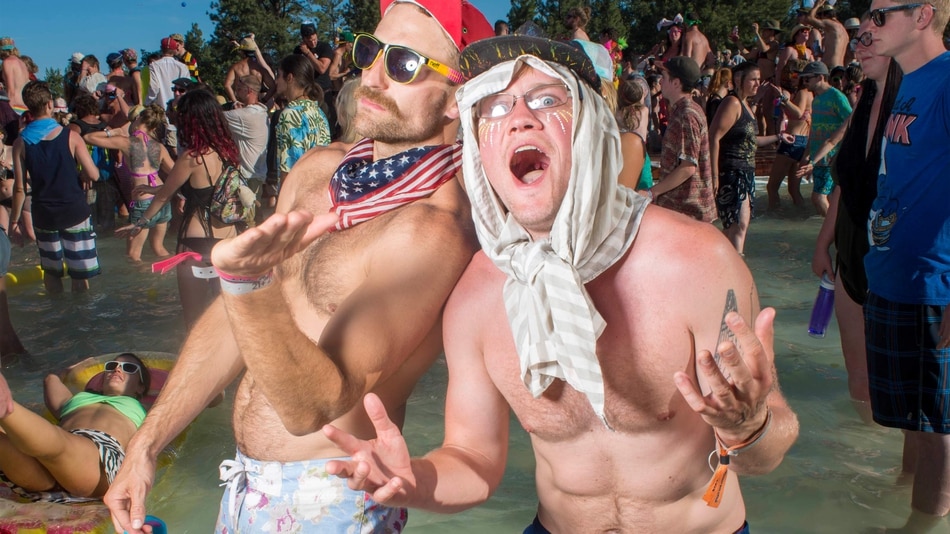 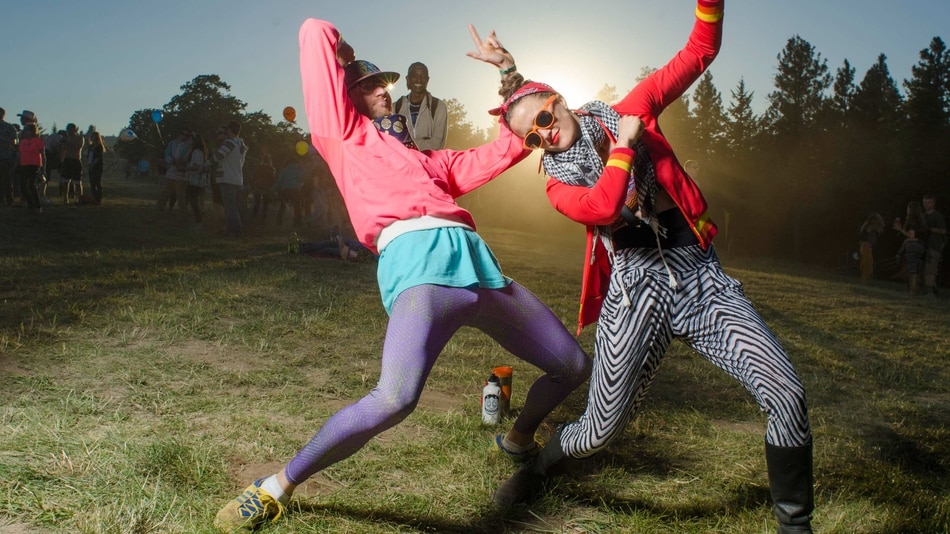 SEE IT: What the Festival is at Wolf Run Ranch in Dufur, Ore., on Friday-Monday, June 17-20. See whatthefestival.com for tickets and complete schedule. 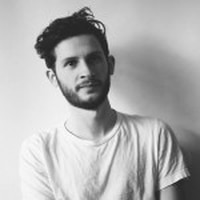