Portland rap label EYRST had a lot to celebrate at its first anniversary show, including a new EP from founder Martell Webster to hype-hauling releases from Myke Bogan, The Last Artful Dodgr and Maze Koroma.

Filling out the Evergreen's large main floor is a difficult proposition for a local hip-hop show, but the scene on Aug. 12 seemed more like a cocktail mixer than just a show, with artists, old friends and new fans alike raising a glass to Webster and label co-founder Neill Von Tally's team. The night started with solo sets from Epp and Calvin Valentine, both best known for their collaborative efforts with Tope in TxE. Koroma then hit the stage with what's become a new tradition of his, throwing Ring Pops into the crowd. The young MC performed much of his EYRST project Osiris but truly hit his stride when he belted a full, karaoke-worthy version of Cyndi Lauper's "Time After Time." Why not? It was just that kind of night.

The lights went low for Blossom to croon through her brief catalog. Webster, meanwhile, seemed more comfortable offstage, watching the rest of the collective perform and cheering them on—when it came time for his headlining set, he came off reserved and a bit unnatural on the mic. Luckily, Dodgr mesmerized the room before the lights went up, tapping Bogan in for their collaborative "Pop!" and then riding out with an ode to her crew and what they can, and will, accomplish, the booming "Squadron." 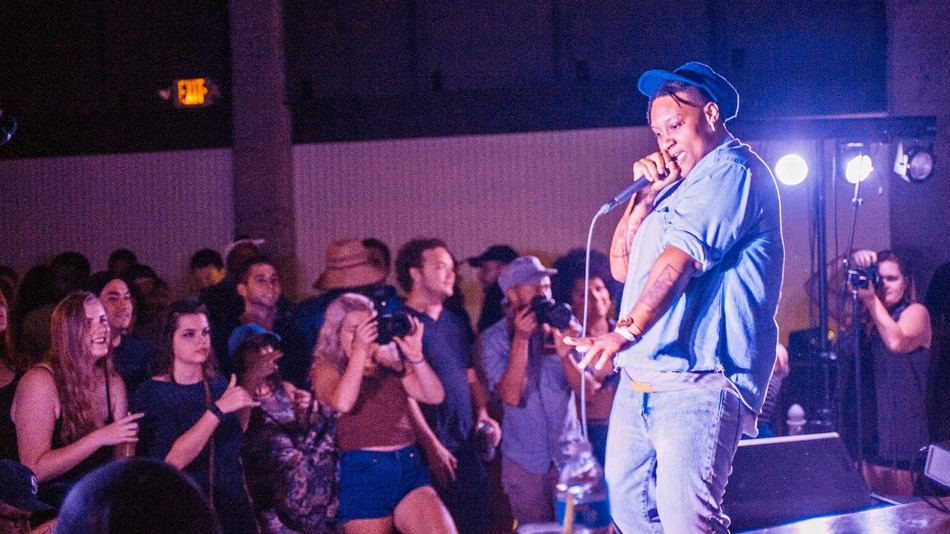 The Last Artful, Dodgr performing at the Evergreen for EYRST’s one-year anniversary party. (Bridget Baker)
2 of 5 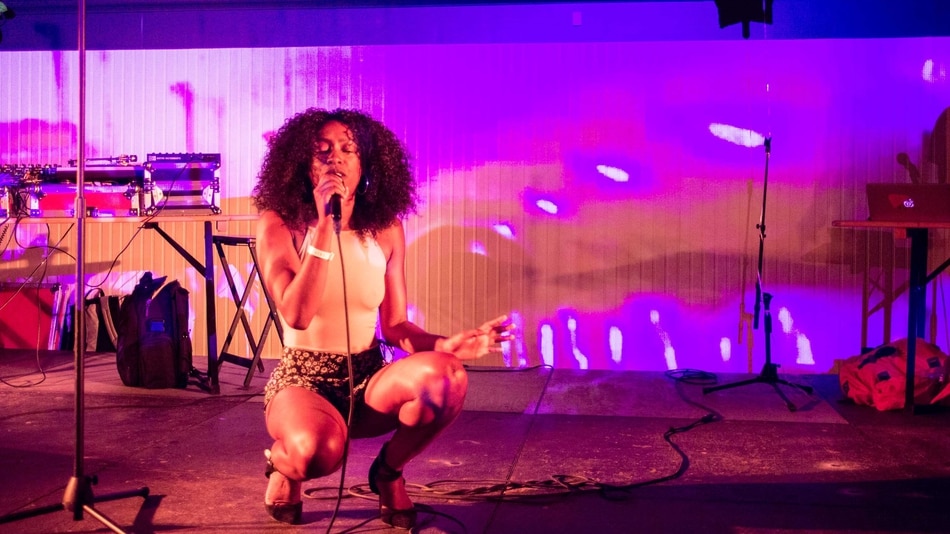 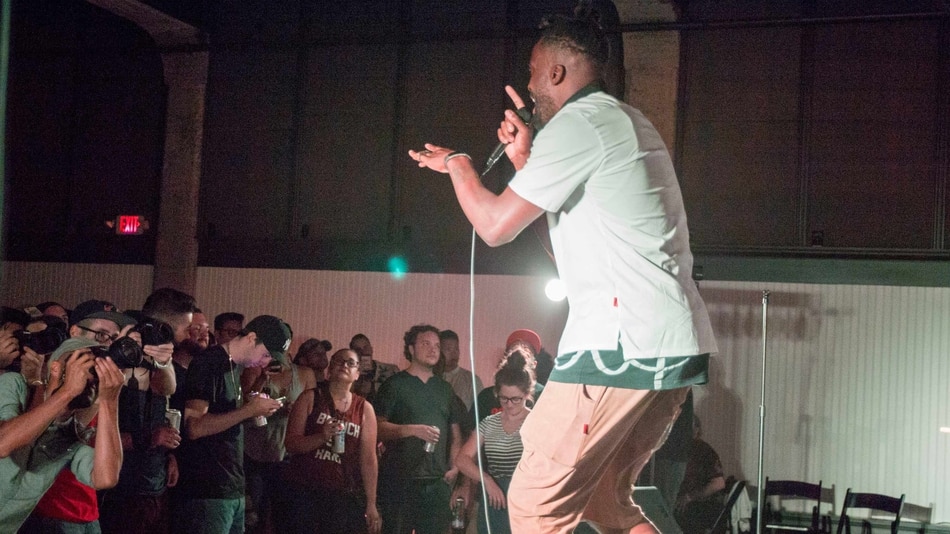 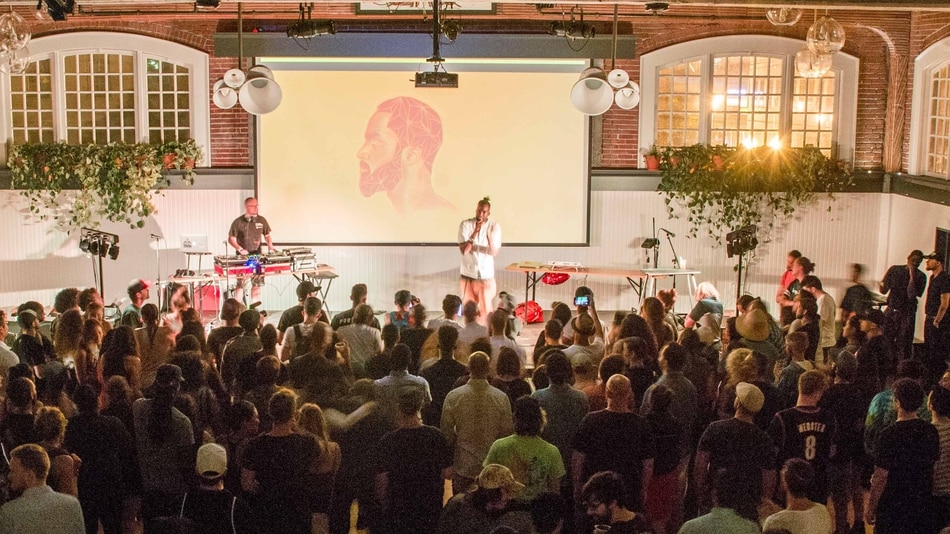 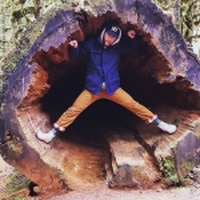