You won't find any Garth Brooks albums in the used-CD bins at Music Millennium. In fact, you won't find the world's richest cowboy anywhere in the iconic Portland record store. Twenty-four years ago, after Brooks tried to pull a fast one on secondary music retailers, Music Millennium owner Terry Currier decided to go scorched earth—or, more accurately, charbroiled—against the country superstar. It turned out to be more than a publicity stunt—as Currier told us, it's the event that indirectly led, more than a decade later, to the creation of Record Store Day.

"In 1993, four of the six major distribution companies came up with a policy that record stores selling used CDs wouldn't be supported with marketing money. Five months later, Garth Brooks came out in a press conference and said he didn't want his new album [In Pieces] sold in stores that sell used CDs, because he thought he should get a secondary royalty. This was weeks after he made the statement that he had more money than his kids and his grandkids could spend in their whole life.

"So I pulled his product off shelves and sent it in for returns. I scheduled an ad—in Willamette Week, actually—and invited the public to come down the next Friday, bring their Garth Brooks posters, VHS tapes, CDs and vinyl, and we'll barbecue them. I was eating melted CDs on hamburger buns, covered in barbecue sauce.

"We ended up doing a radio show in Seattle that night, and set up barbecues at nine stores between Bellingham and San Diego. We sent out national press releases and got covered by People, CNN, MTV. Within weeks, all the distributors had rescinded the policies they had put into place. So I was ready to put Garth Brooks back in stores, but then he came out on a national talk show and said, 'People should stand up for what they believe, but those people in Portland were still selling my CDs during the barbecue,' which wasn't true. So I said, 'Screw him,' and haven't sold Garth Brooks since.

"As I went down to these nine stores on the barbecue tour, I found that people had similar feelings and similar issues that they felt strongly about. I made a proposal to create a support network of record stores. That's when the Coalition of Independent Record Stores began, which led to the creation of two other coalitions, and when Record Store Day was born, it was put together by all three. Everything that's happened since came out of that barbecue, one way or another."

All photos courtesy of Terry Currier. 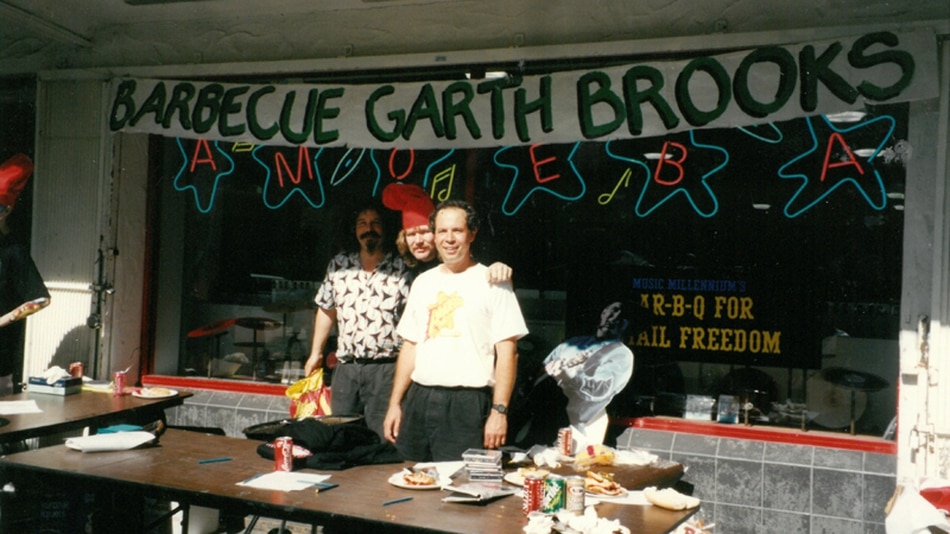 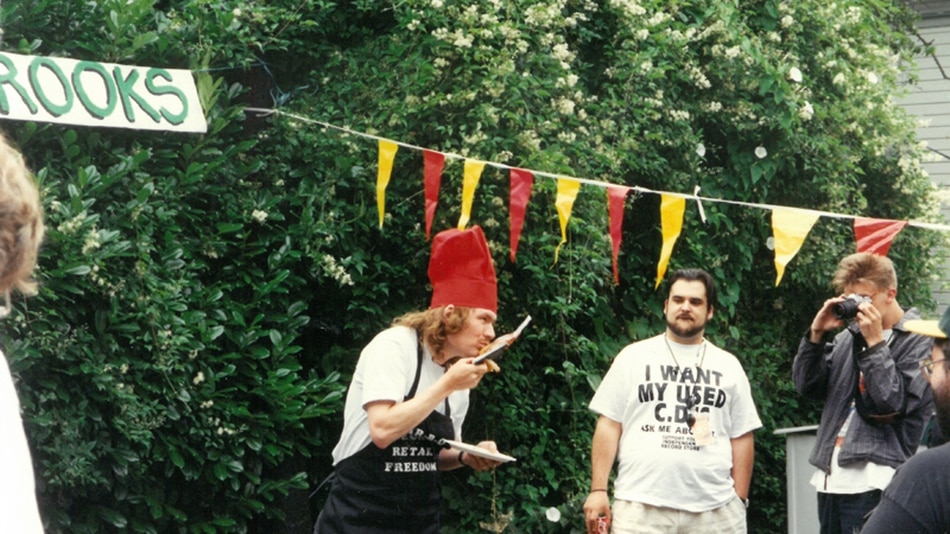 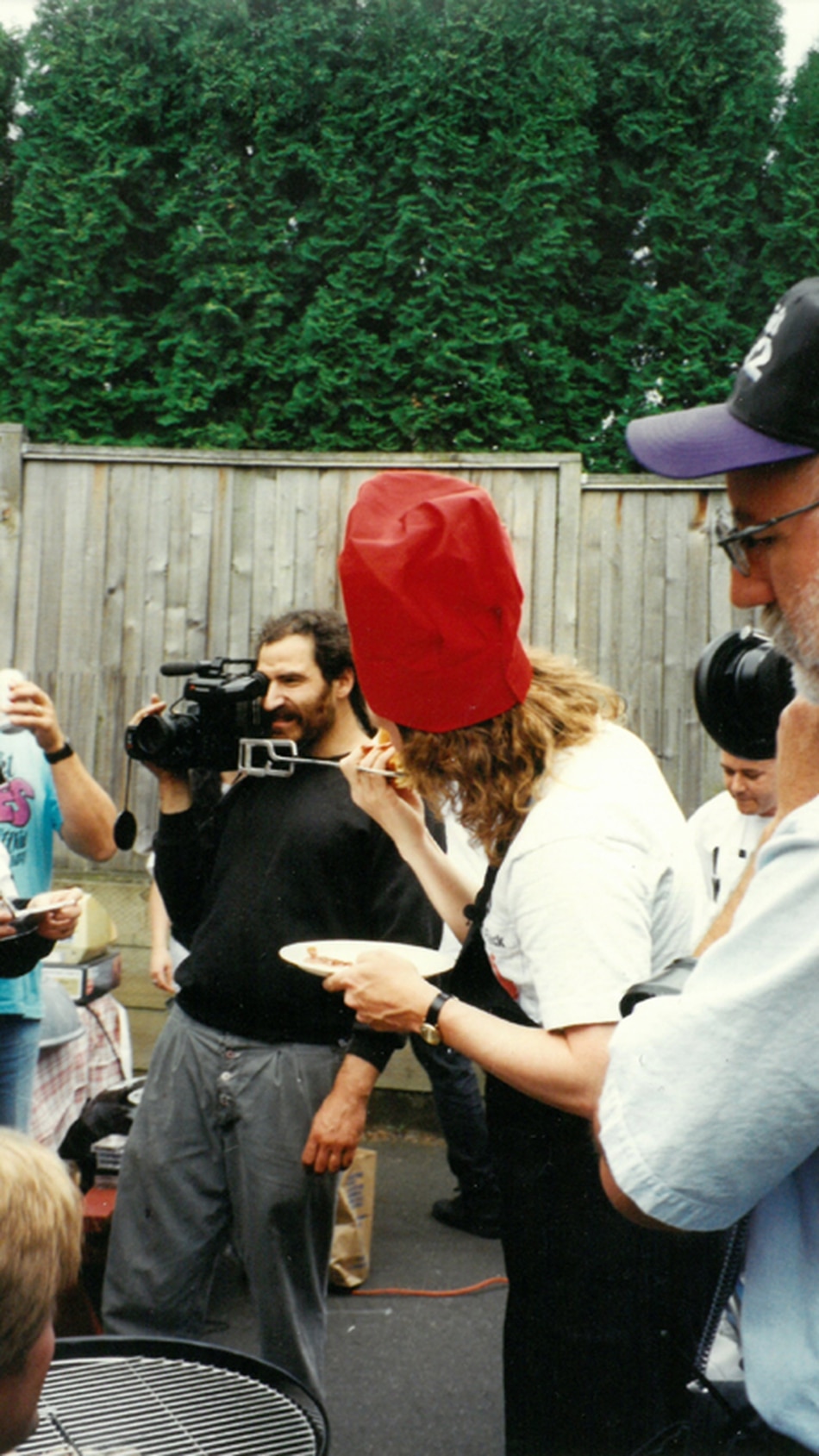 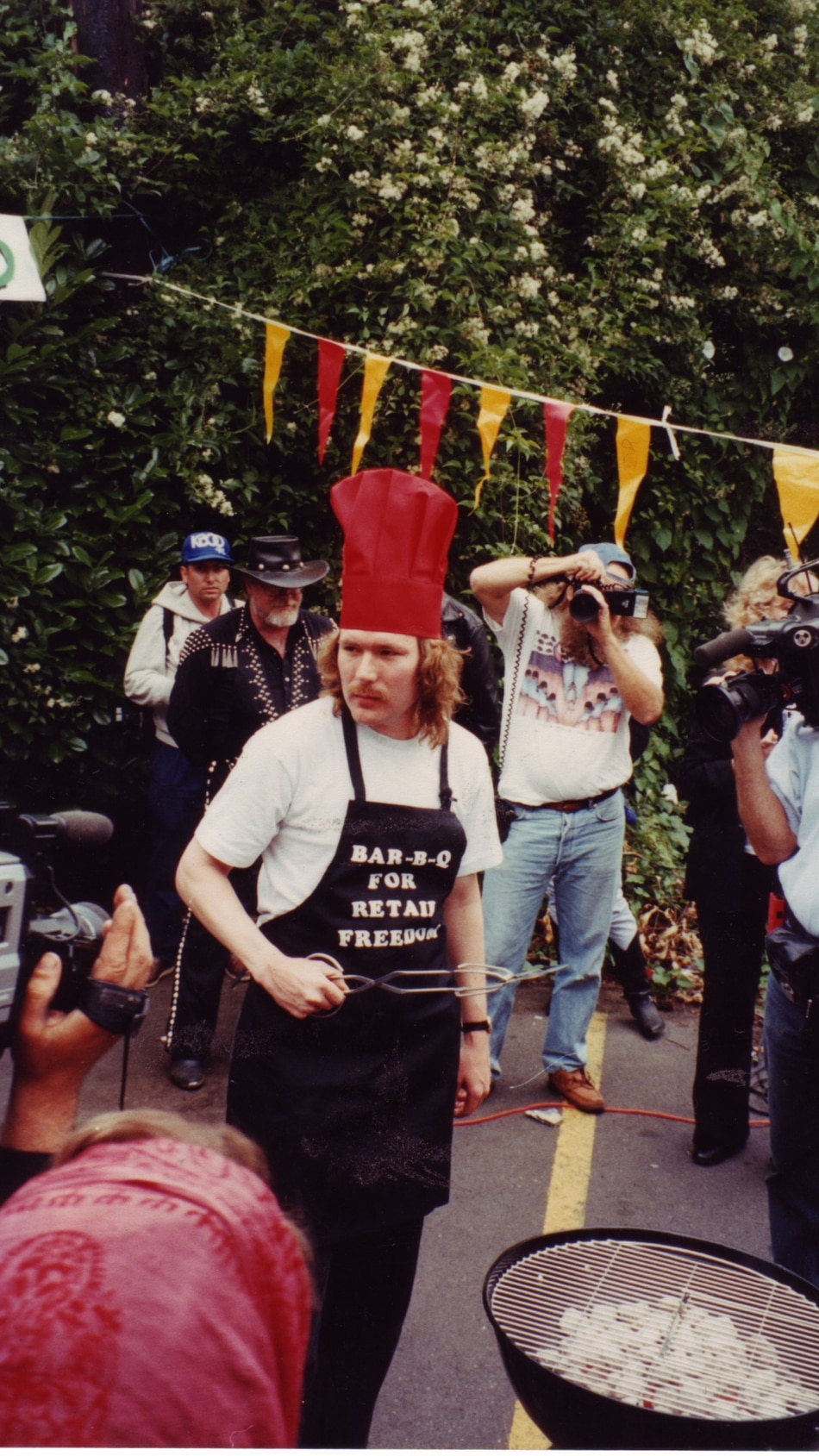 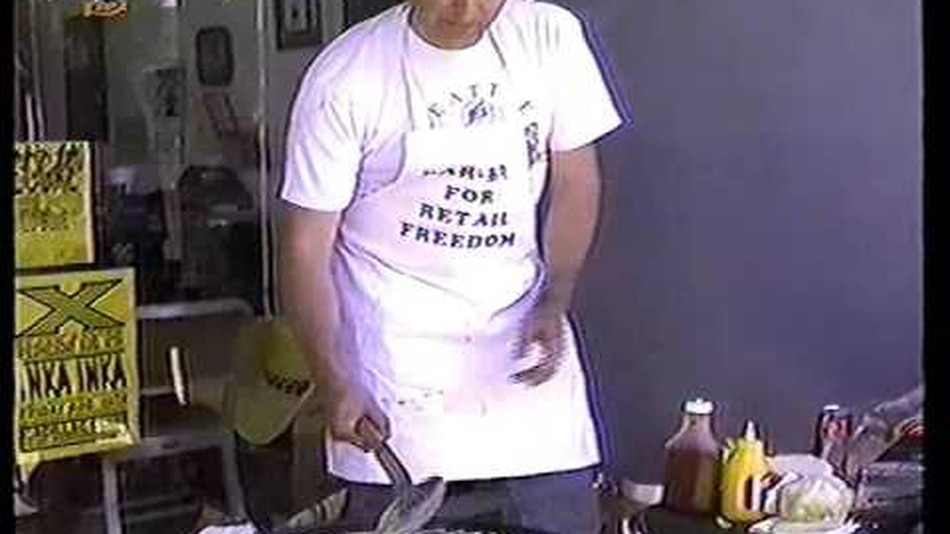 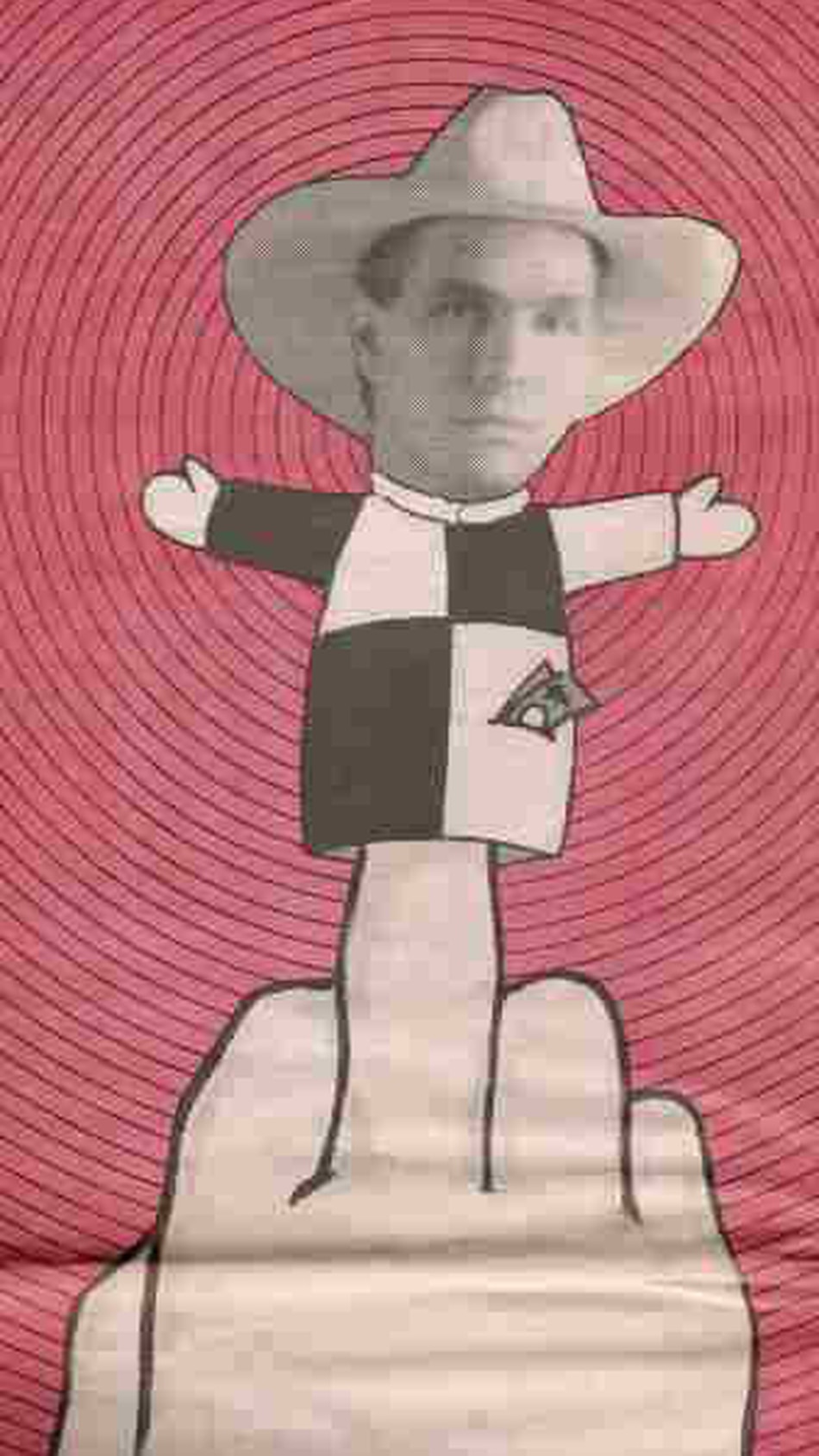 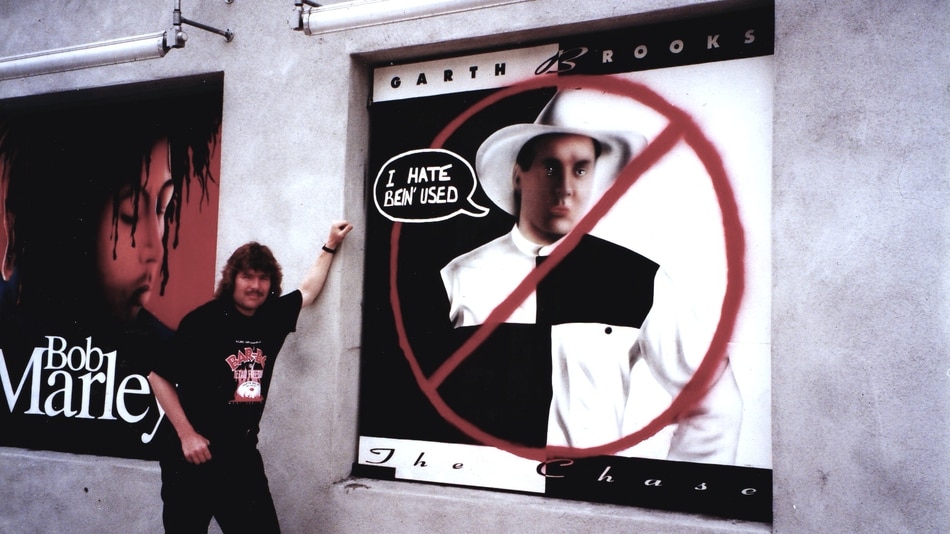 Terry Currier on his 1993 “barbecue tour” outside Rockaway Records in Los Angeles.