That's more of her sister's thing, really. In Portland last Friday, the younger Knowles sibling delivered a gentler form of devastation. Debuting a new headlining set at the Schnitz, as the highlight event of this year's Soul'd Out Music Festival, the singer-songwriter spoke softly while carrying the heavy emotional burden of an African-American woman struggling to find comfort in a country that would still deny her humanity. Mining strength from lightness has become her calling card: Last year's A Seat at the Table was a neo-soul protest album that hardly raised its voice above a whisper, but in its plainspoken honesty earned a place alongside To Pimp a Butterfly and "Formation" as one of the definitive statements of the Black Lives Matter era.

Playing it live for the first time, and nearly in full, Solange and her eight-piece backing band maintained the album's sense of graceful levitation. Lit by hues of deep red and orange like a desert sunset, the show resembled a minimalist dance performance as much as an R&B concert, with simple choreography—mostly synchronized bows and leans—that incorporated each musician. It was a briskly paced but unhurried set, and impeccably played. "Cranes in the Sky" floated up toward the chandeliers, while "T.O.N.Y.," the lone selection from 2008's Sol-Angel and the Hadley St. Dreams, stripped away its sunny Motown groove to become an airy ballad. Even the dancier tracks from her past, such as "Some Things Never Seem to Fucking Work" and "Losing You," from the Blood Orange-produced True EP, felt weightless, like going to a New Wave club on the International Space Station.

As a singer, Solange also finds strength in tenderness. Unlike her sister, she isn't going to blow any doors off, but the delicate power of her songs doesn't demand her to; it's among the reasons she's thought of as "the accessible one." In Portland, she rarely took the spotlight fully for herself, harmonizing with her backing singers and often moving in tandem with them. She spoke only briefly, addressing her journey to this point and thanking fans for sticking with her through all "the messy drama"—a reference, perhaps, to that infamous video, when she went all Conor McGregor on her brother-in-law in an elevator.

Clearly, Solange can get aggressive when the mood strikes her, and there were moments where she relinquished her composure—unleashing a primal scream on "Mad," then finally thrashing into a frenzy on the closing "Don't Touch My Hair." But the most striking moment of the night was another one of relative reserve. For the gently bobbing anti-appropriation anthem "F.U.B.U.," Solange hopped off the stage and simply wandered up the center aisle, singing directly to the crowd. It was as diverse an audience as any you'll see in Portland, but there's no mistaking who she was addressing with the line, "Made this song to make it all y'all turn." Singing it in the whitest major city in America, it exemplified that A Seat at the Table isn't just meant to reflect black pain, but to provide a salve against it. And it slayed—softly.

All photos by Christine Dong. 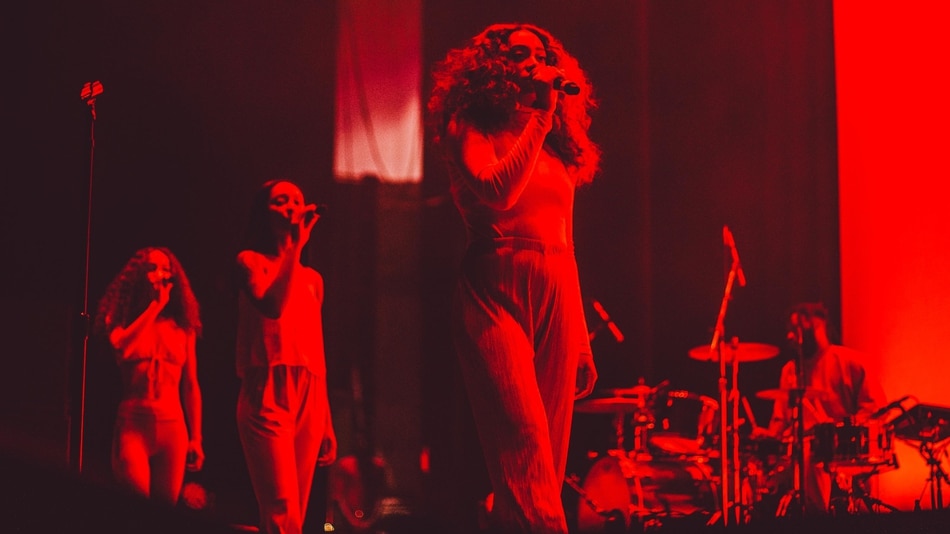 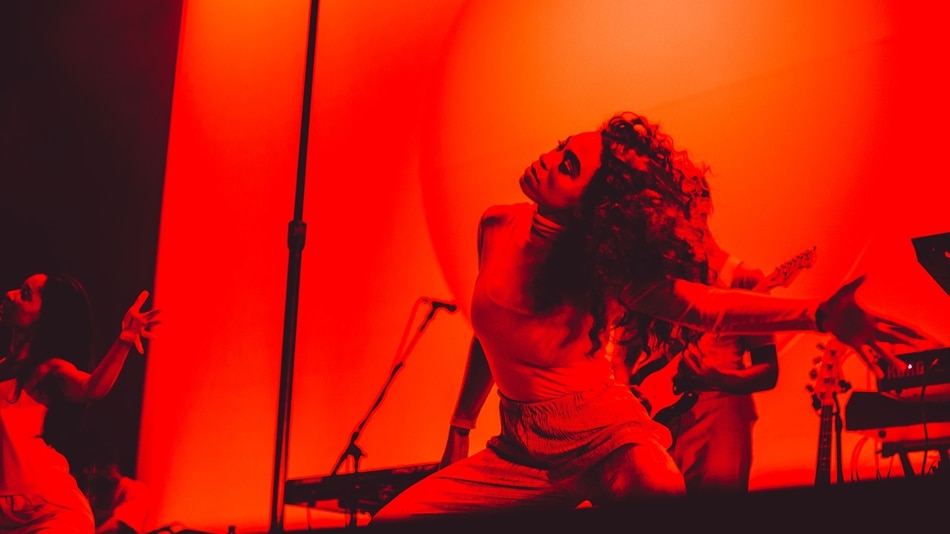 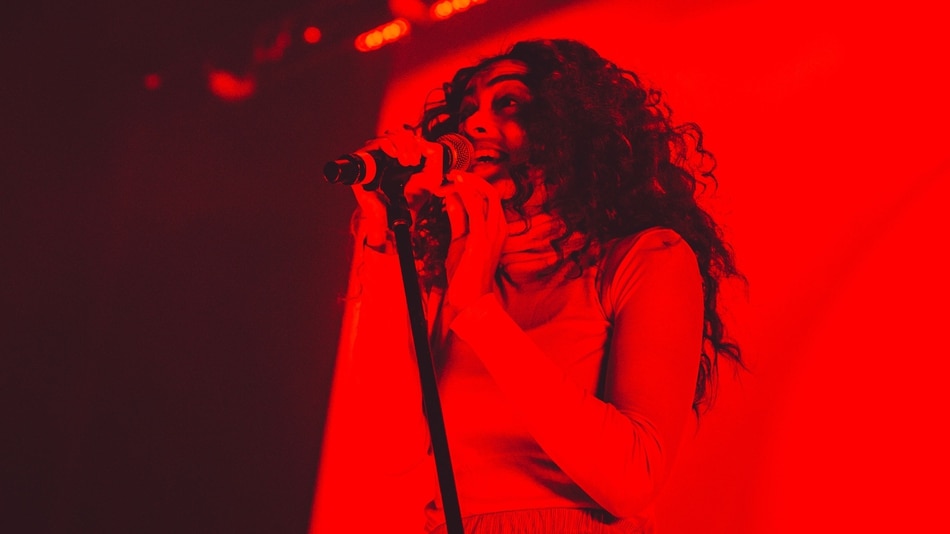 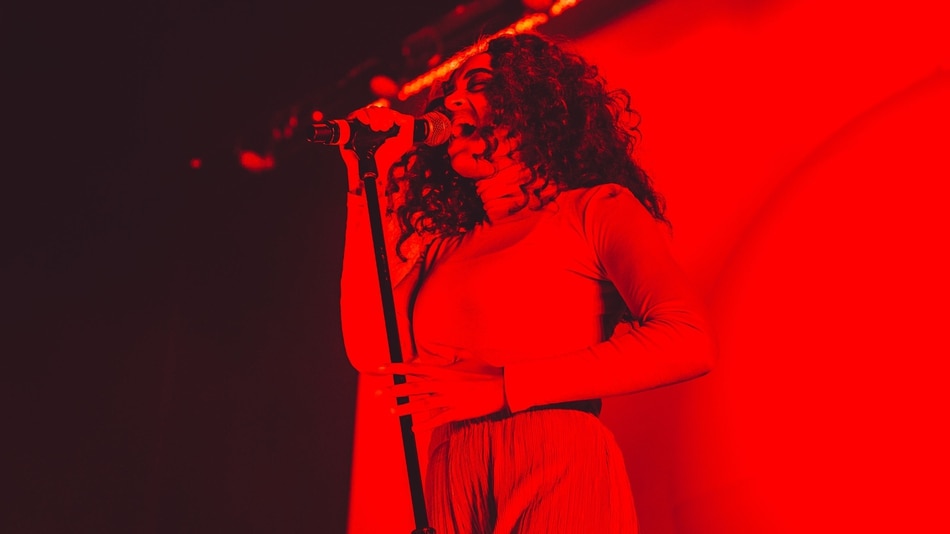 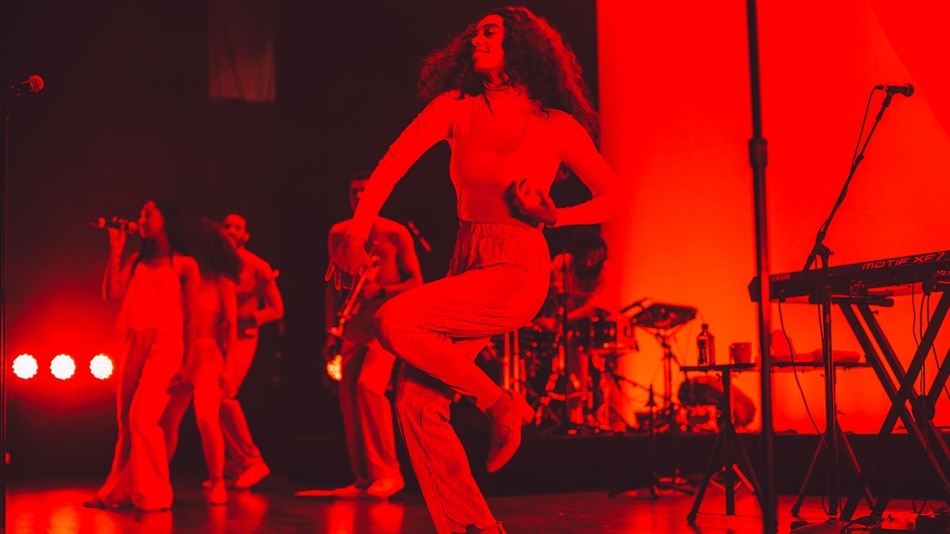 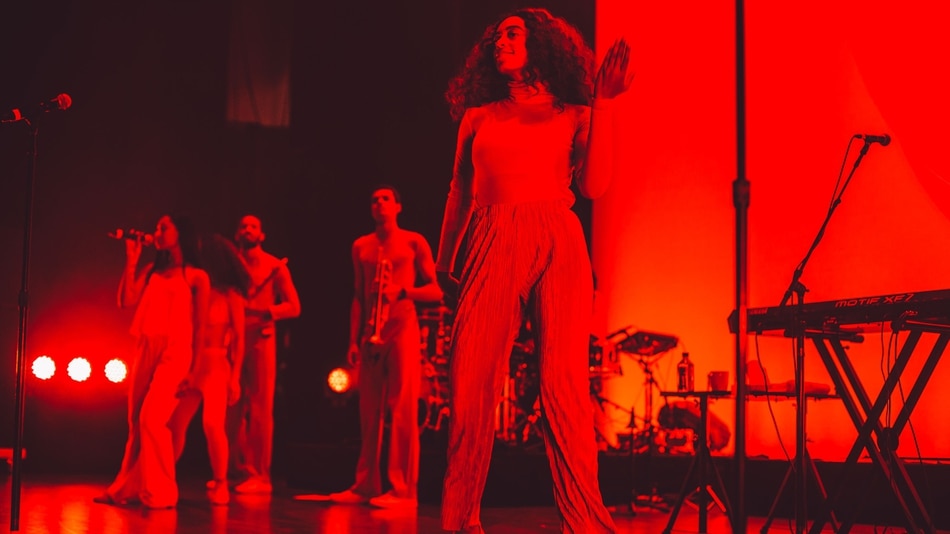 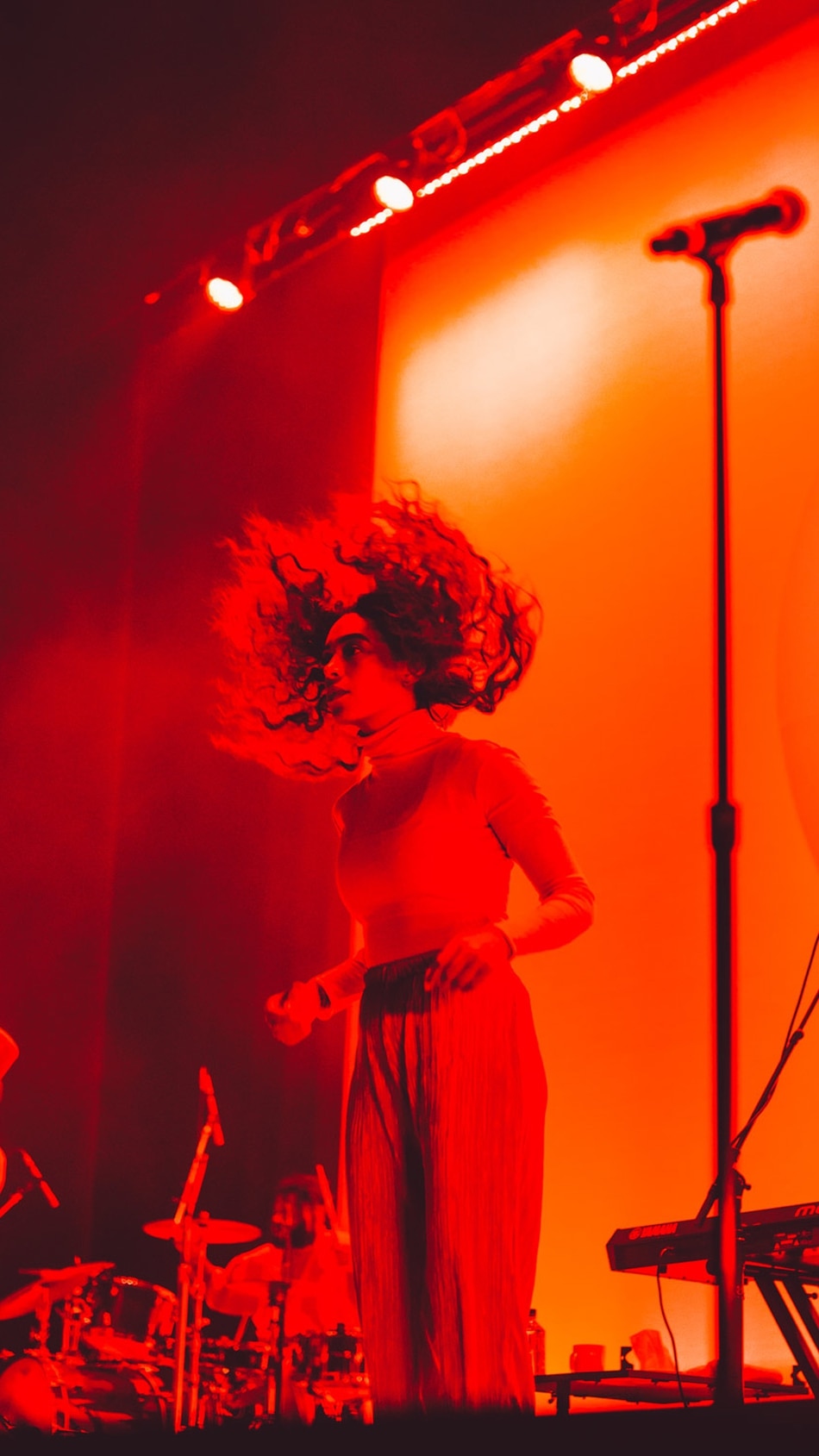