Since being thrust into the limelight a decade ago, the National have become the house band for over-educated, upper-middle-class grownups prone to fretting over their teetering piles of unread New Yorkers.

At the Schnitz on Nov. 27, the band leaned into that role, refusing to rock the boat with the raw power of their earlier, endearingly messy era. That's not to say the show was a total bore. Compositions stuffed with subtle brilliance have always been the National's strong suit, and tracks from this year's Sleep Well Beast showcased guitarists Bryce and Aaron Dessner's impressive chops quite well.

The soft electronics of "I'll Still Destroy You" buoyed the understated menace of singer Matt Berninger's lyrics perfectly, while the album's haunting opener, "Nobody Else Will Be There," crested forcefully courtesy of two auxiliary musicians outfitted with ghostly synths and warm brass.

Still, the group's introverted material was delivered with more conviction than the bangers. Having apparently grown tired of his reputation as an erratic, wine-drunk lothario, Berninger no longer paces the stage with speechless rage. Now, he takes a sip of wine here, a drag of a vape pen there.

Ending the encore with "Terrible Love," from 2010's High Violet, Berninger's flagging energy felt more like a limp than a victory lap. It's true the National are new-age rock stars for those who bristle at that very concept. But the quiet majesty of their new era proved too fragile to survive the leap from the turntable to stage. The National performing at the Schnitz on Nov. 27. IMAGE: Abby Gordon.
2 of 9 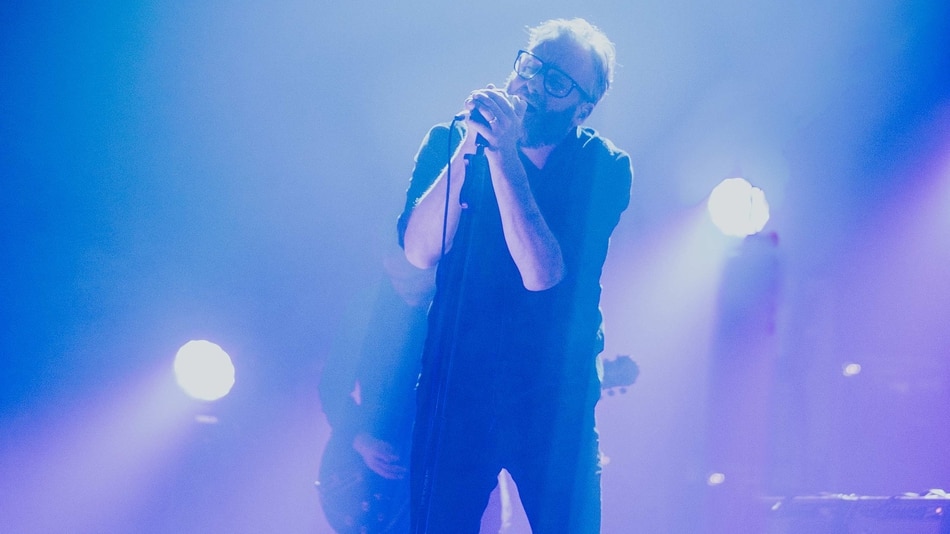 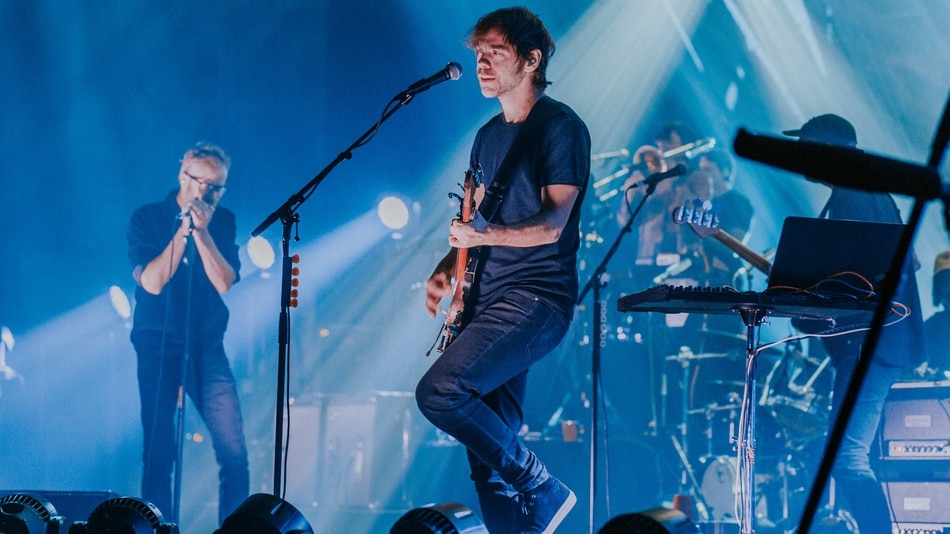 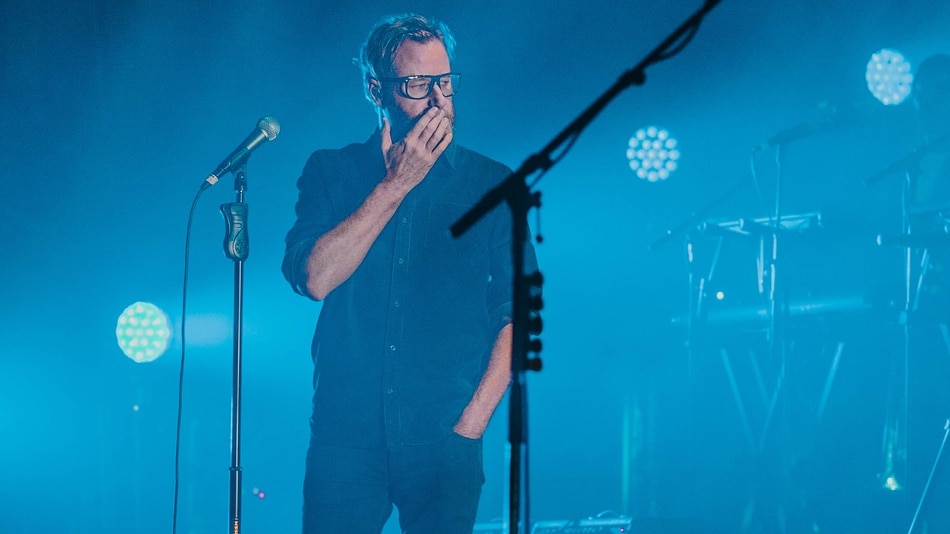 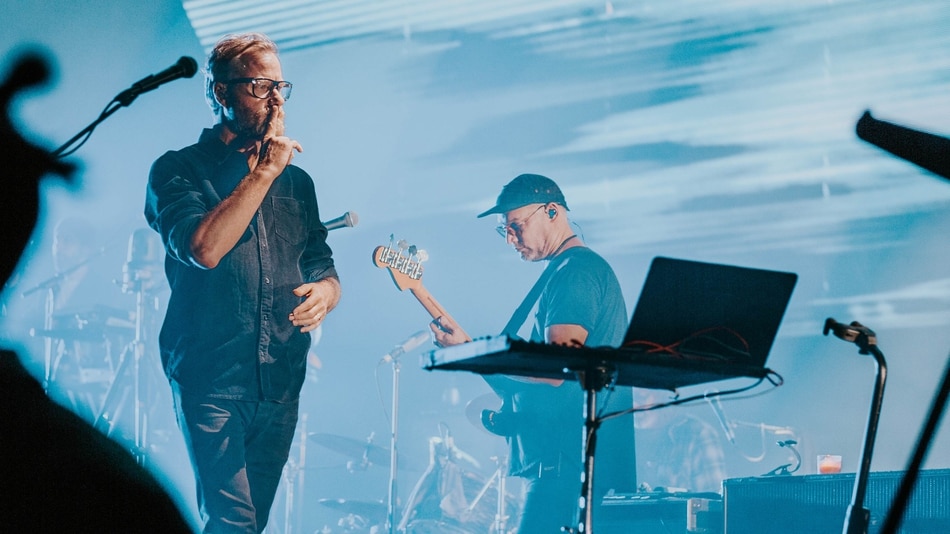 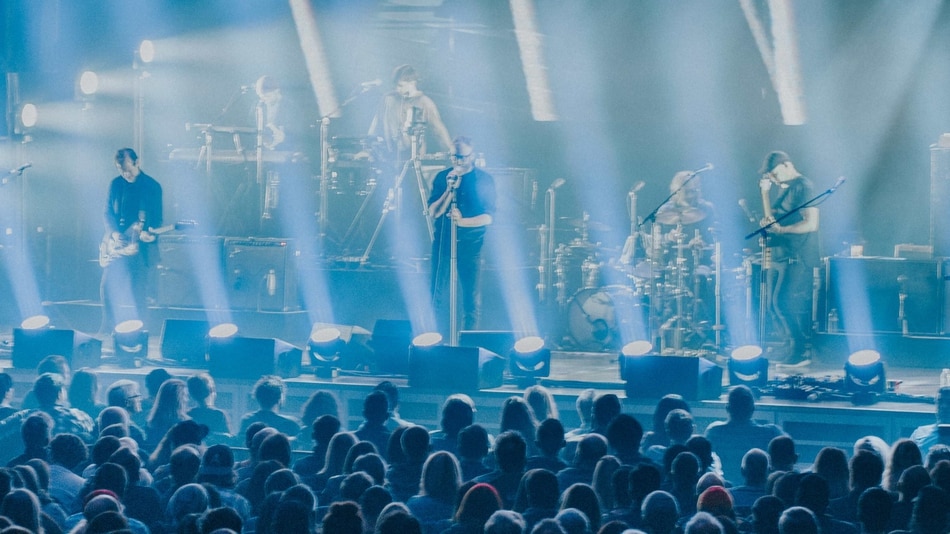