Annie Clark did it for the 'gram.

It's possible she did it on accident—that she didn't deliberately design her Fear the Future Tour for maximum social media shareability, and that she simply stumbled into creating one of the most compulsively photographable concert experiences you'll ever see. But given the themes of Masseduction, her latest album as St. Vincent, which she played front-to-back at Keller Auditorium on Jan. 20, and her growing reputation as an art-pop conceptualist, that hardly seems like a coincidence. As she sings, memorably, on the title track, she "can't turn off" what turns her on, and this was a show that looked, and felt, lusciously online—with all the artificiality that implies.

Clark has played around with the notions of reality, fakery and performative authenticity before. On her last tour, for 2014's Grammy-winning breakthrough St. Vincent, nearly every tic was choreographed, from her band's movements to the nonsensical stage banter. Such rehearsed theatricality is expected from pop stars, but seeing it in a nominal rock'n'roll context was both jarring and weirdly thrilling. This tour, though, has proven more divisive, with some critics finding it too staged, too alienating. Part of that is because, this time, Clark is playing totally by herself, armed with just a guitar and prerecorded backing tracks. A British magazine dismissed the show as "amped-up karaoke," and even threw out that old critical chestnut, describing the set as "all style and no substance."

Maybe that's true. But in the case of St. Vincent, style often is the substance. And it's hard to name a more stylish tour in recent memory.

At the Keller, Clark, dressed like a go-go space heroine from a '70s sci-fi cult flick, opened with 40 minutes of greatest hits, alone save for similarly costumed stage hands switching out her instruments. Arranged in chronological order, bookended by the delicate "Marry Me," the string-laden title track from her 2007, and St. Vincent's frantic "Birth In Reverse," it was an effective illustration of how her career has evolved, and of the battle between beauty and violence that rages in her best work. It's a push-and-pull that defines her guitar playing as well. With minimal stage dressing—the only accoutrement during this part was a howling, demonic face projected onto the curtain behind her—there was nothing to distract from her fingers, which could shift, sharply, from gentle caress to violent chokehold, often in the same song. If this is what St. Vincent karaoke is like, well, gimme that over just about any "live band" you can name.

It was the second half of the set, containing the entirety of Masseduction, that the show's visual element expanded. Switching into a silver miniskirt, Clark stationed herself on a platform underneath a video screen. Above her, visual non-sequiturs—a blue telephone-shaped cake, a translucent lime green bodybag, topless models wearing yellow lampshades over their heads and electrical tape on their nipples—looped like videos from Andy Warhol's secret Vine page, the florescent color palette seemingly drawn from those selfie playgrounds popping up in Los Angeles.

Constraining her movements mostly to a shuffling stutter-step, there was hardly a moment that didn't seem designed to stimulate the modern instinct to capture and immediately share. Musically, throbbing electro-pop jams like "Los Ageless" and "Sugarboy" felt right at home in the purposely synthetic setting, and the isolating design made ballads like "Happy Birthday, Johnny" and "New York"—the latter preceded by a cheap-applause-generating shout-out to Sleater-Kinney—feel more personal. Masseduction is perhaps not the best St. Vincent album; if you ask me, it's a three-way tie between the ones that directly preceded it. But as an album that posits the online world can never really be turned off, this was the best way to present it. And if anyone felt shorted by the performance, at least they got a whole bunch of likes as consolation. 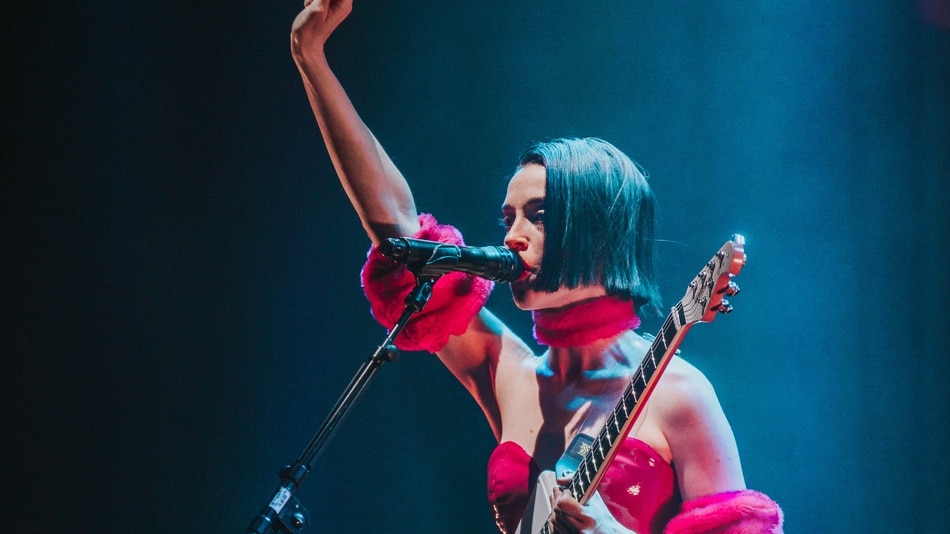 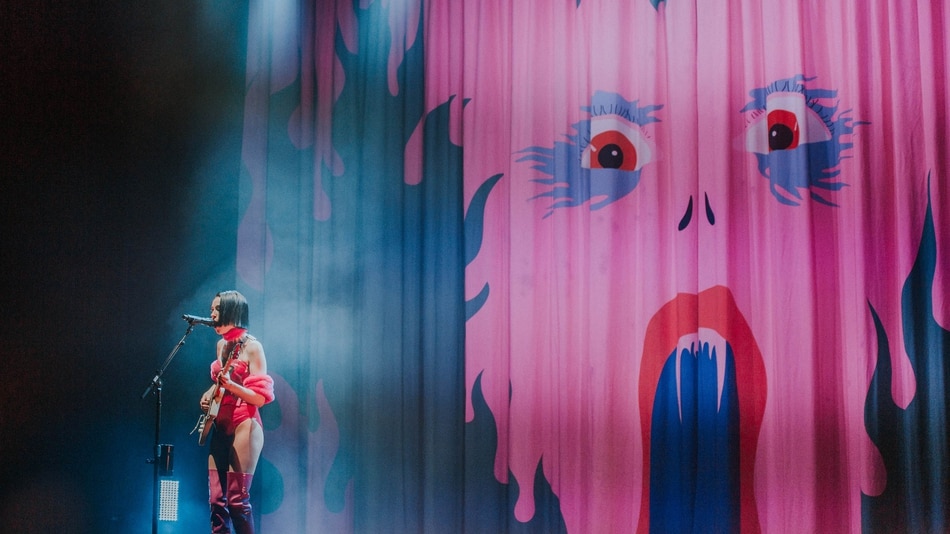 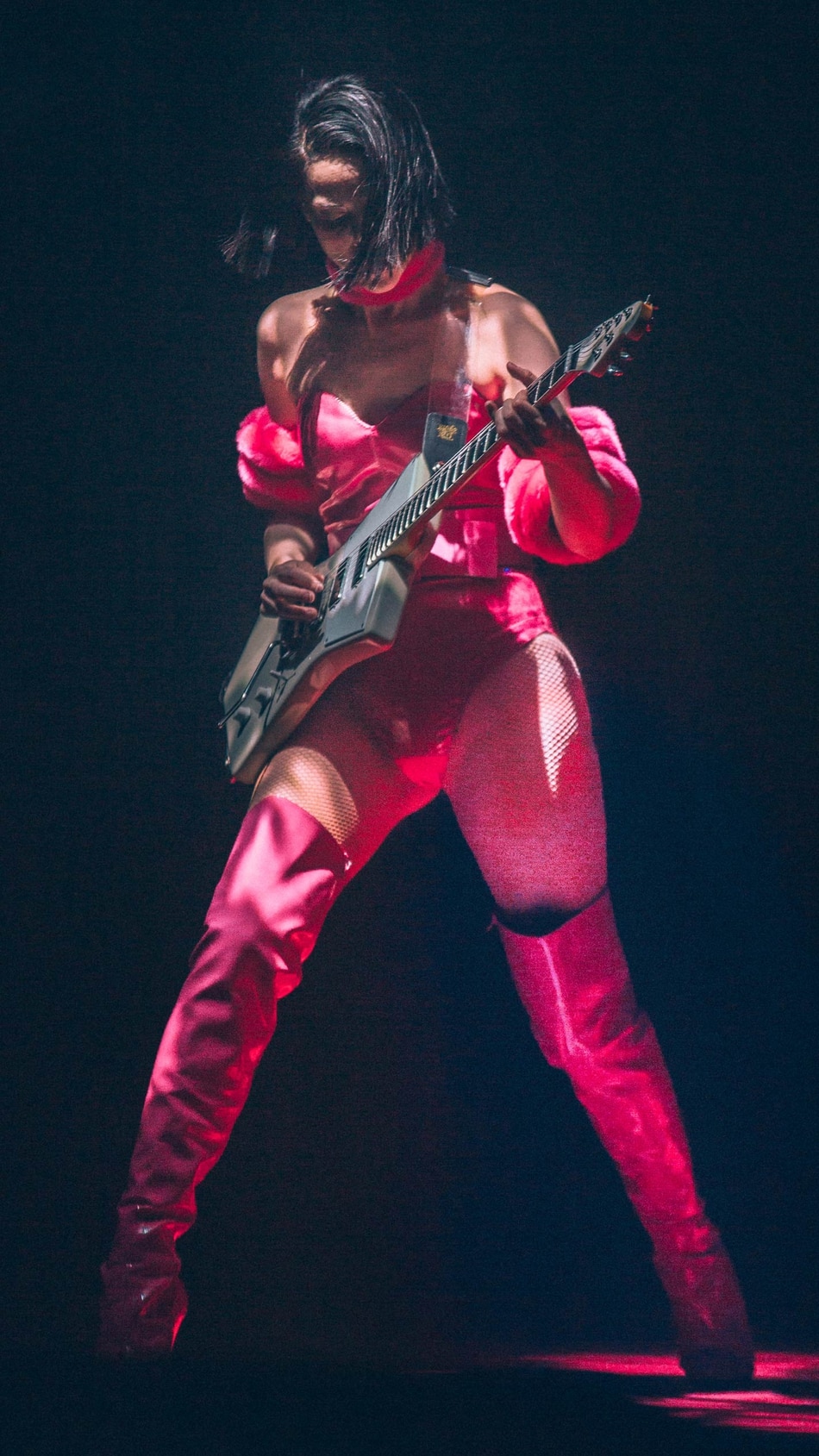 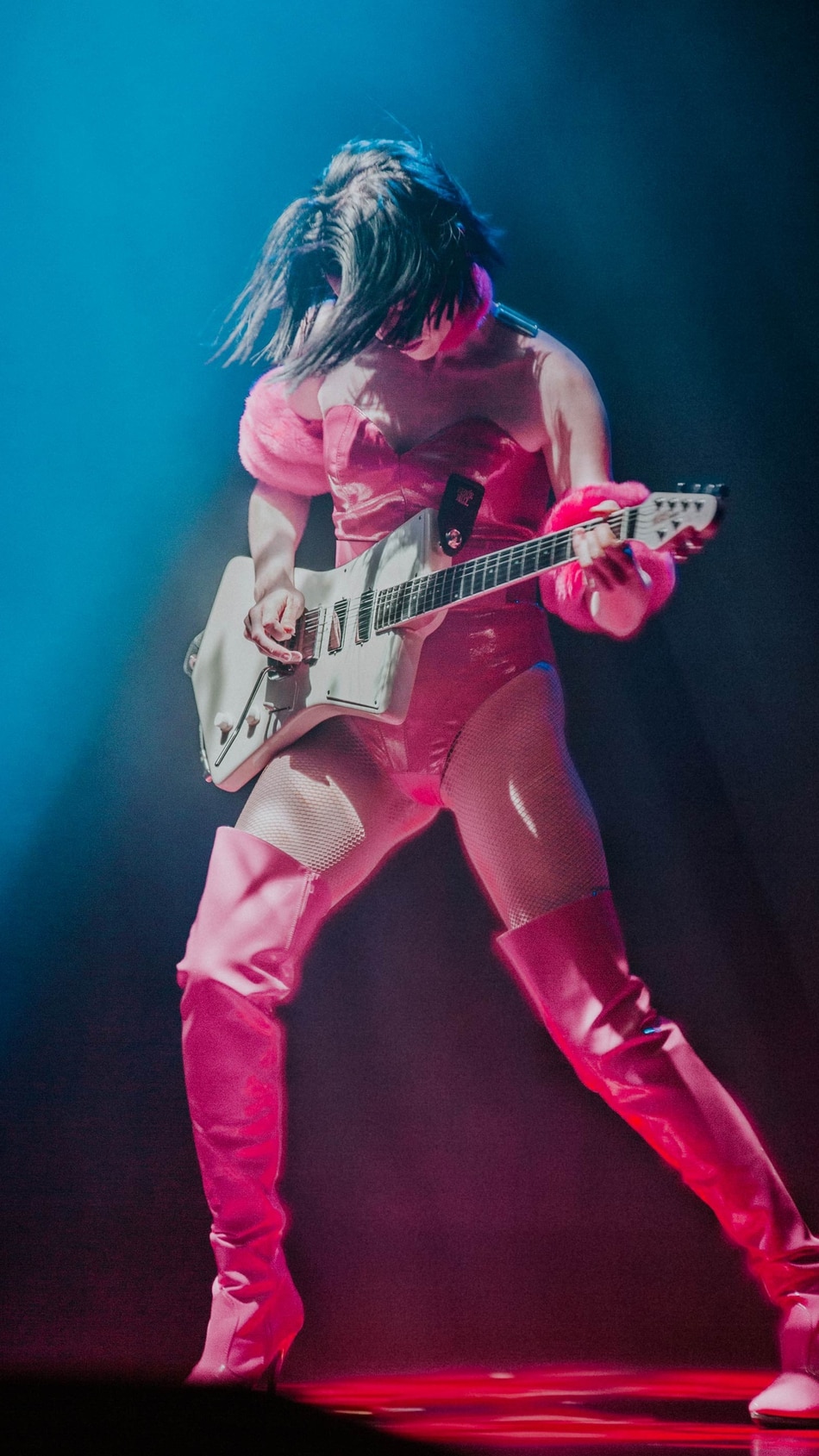 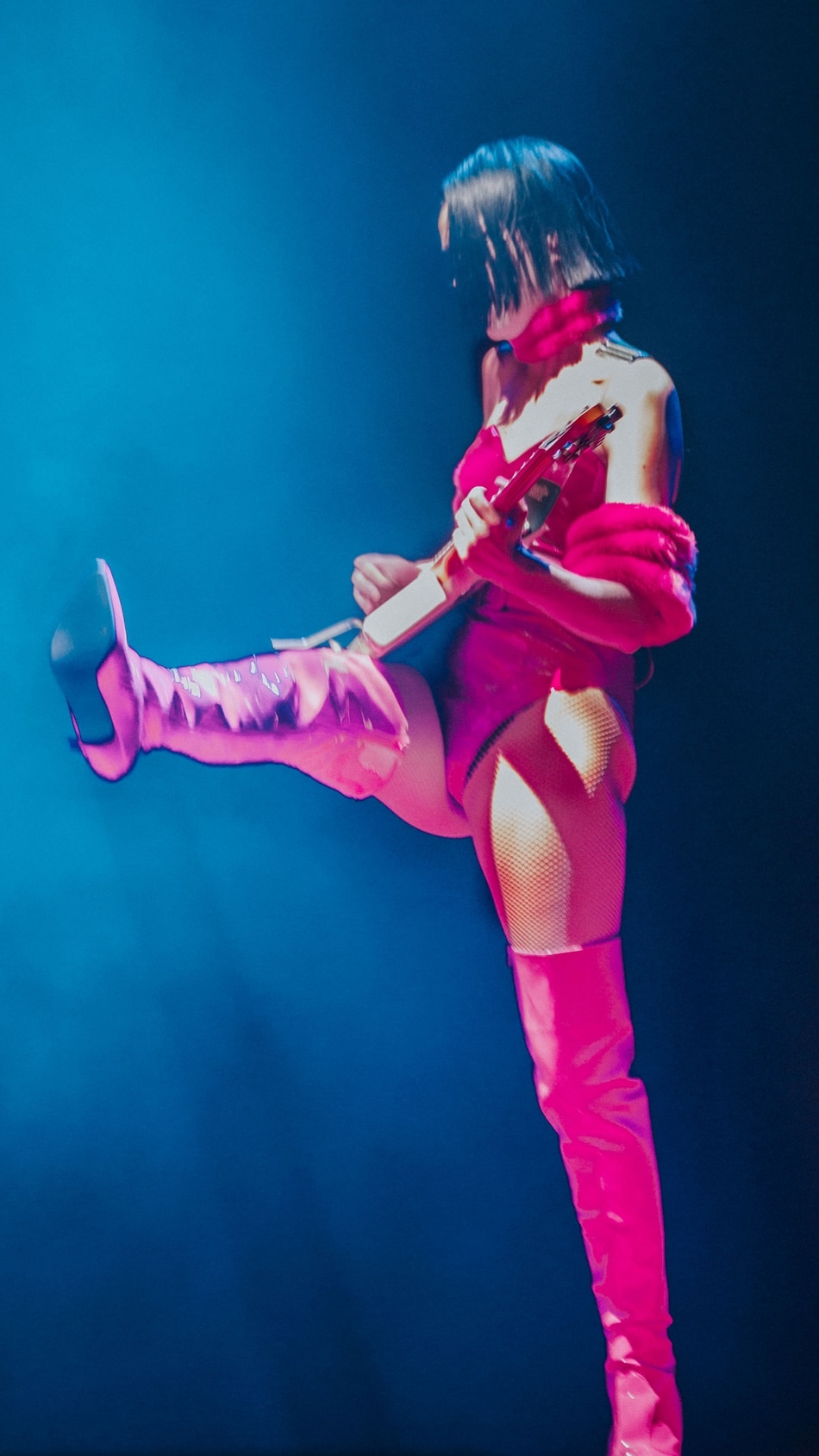 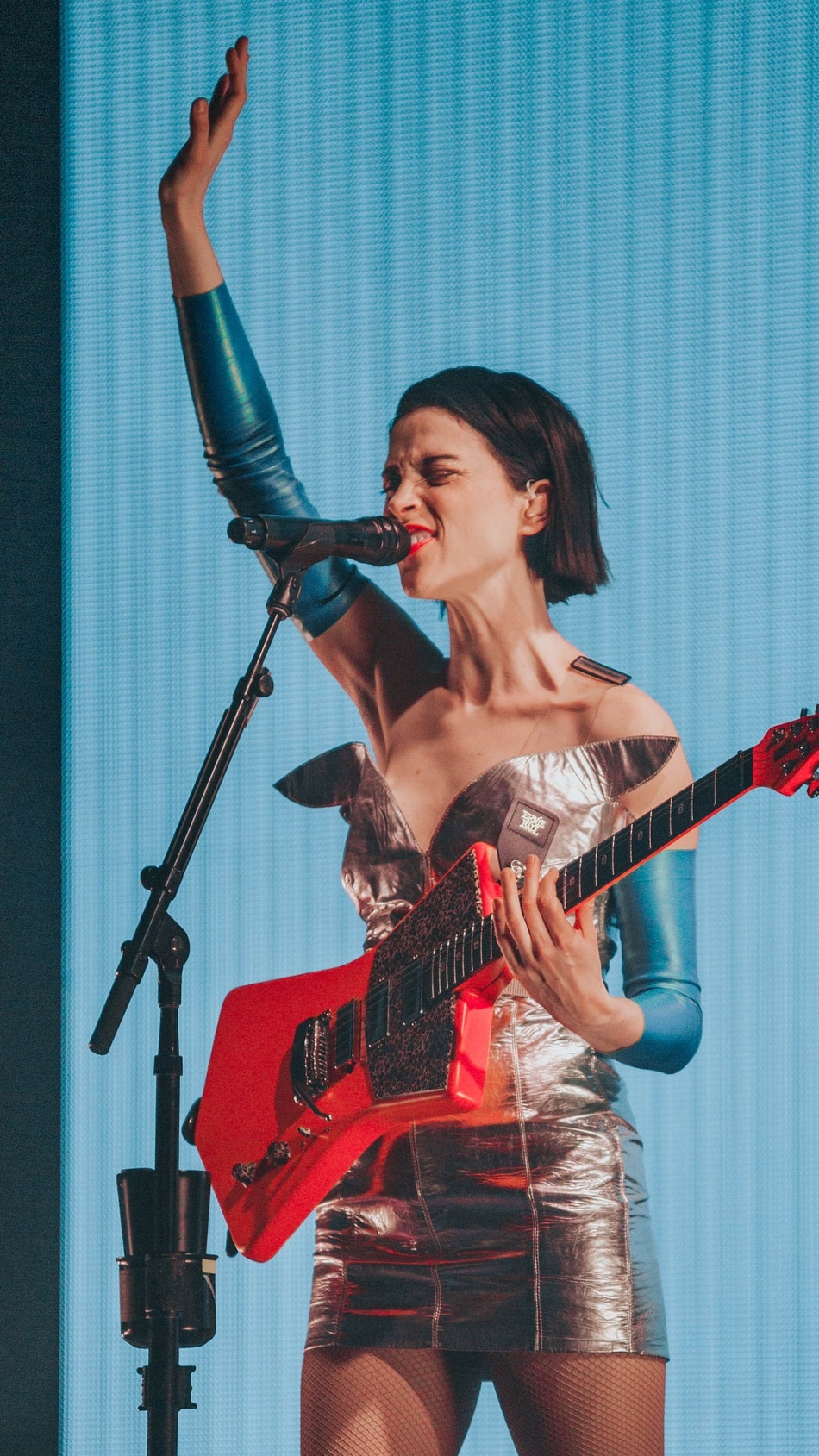 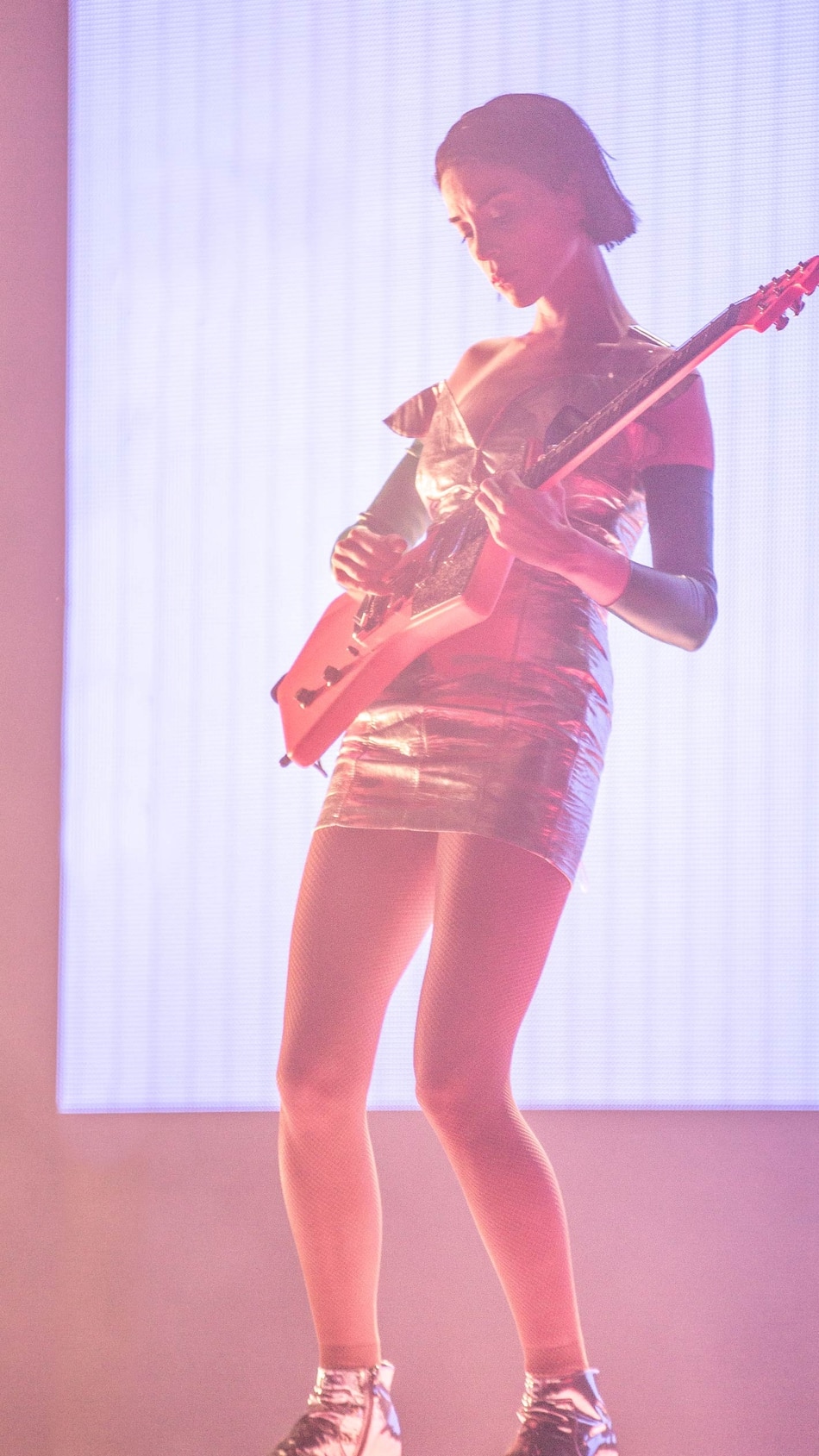 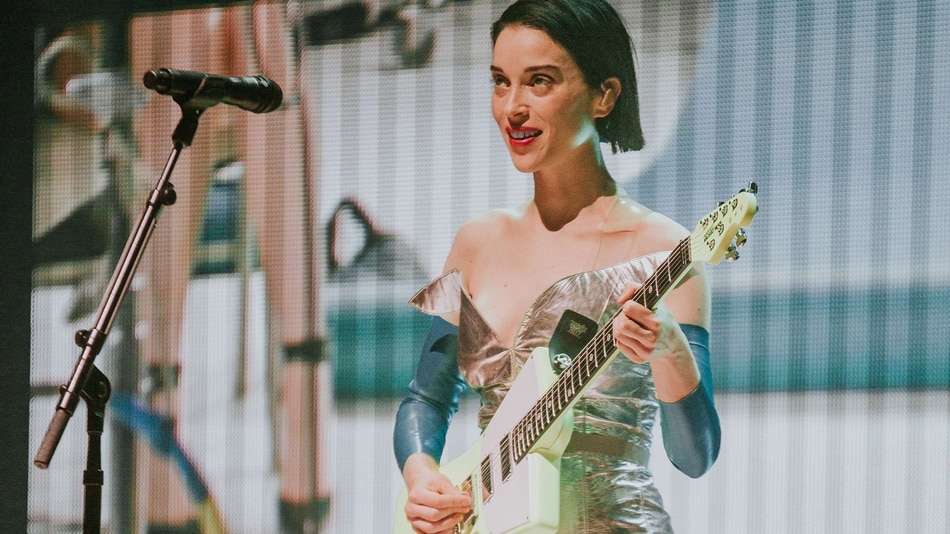 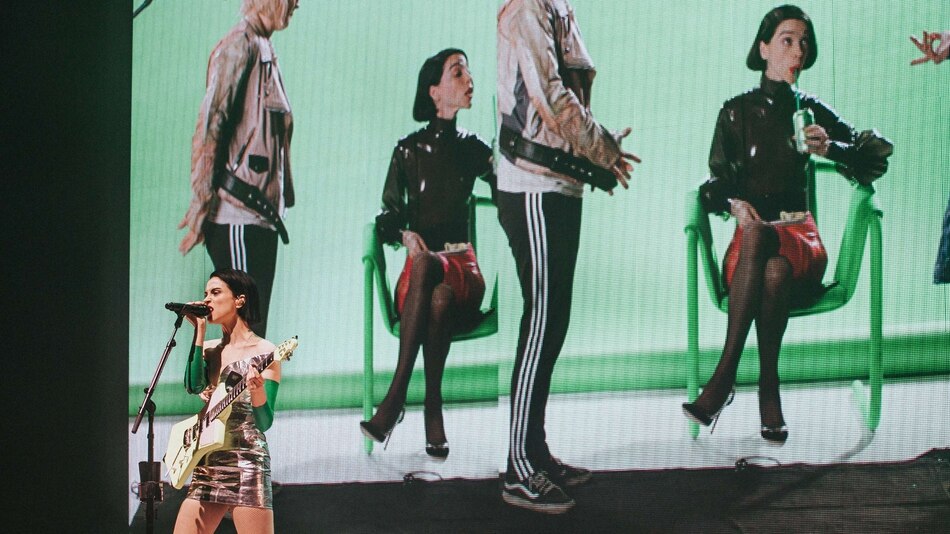 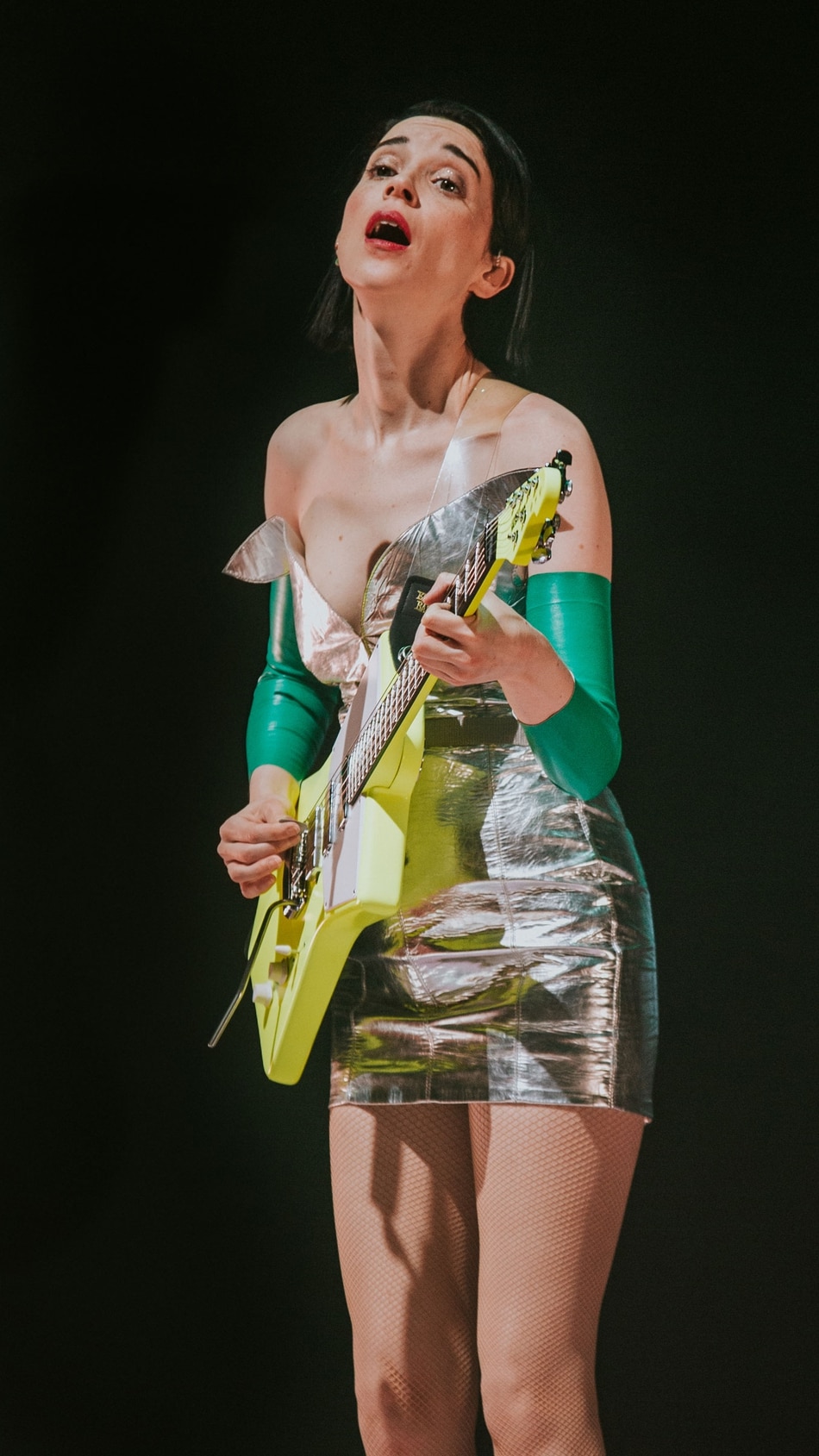 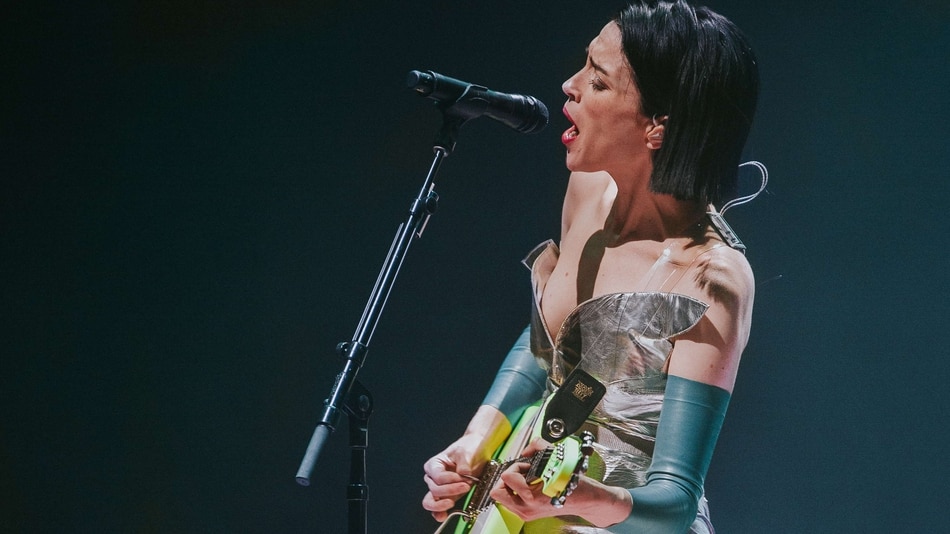 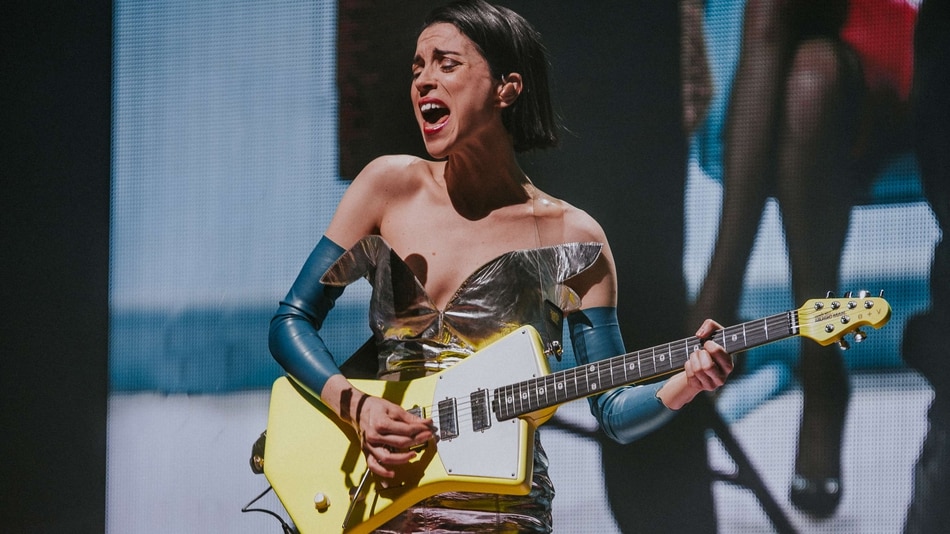