A Katy Perry show operates on a kind of dream logic the great surrealist Luis Buñuel would appreciate, if he'd lived long enough to direct the Nickelodeon Kids Choice Awards.

Her Witness Tour, which hit Moda Center on Feb. 2, has so much happening onstage, at all times, and often in ways that don't make a ton of thematic sense, that it messes with your perceptions of reality. Once it ends, it's hard to parse the real from the hallucinatory, even if you documented half of it on Instagram. It's like Dorothy trying to tell her relatives about Oz while coming down from a DMT binge: "There were flamingos on stilts. And, like, uh, dancers with TV sets on their heads, or something. And a pair of massive, disembodied red lips floating above the crowd. Then I think she used a big pink novelty phone to call her father, and played jumbo Pop-a-Shot with somebody else's dad. And Left Shark, you were there, too! OMG!"

It's an oracular spectacular so big and bright it practically singes your retinas, and one that plays equally to both sides of the singer's audience—the ecstatic pre-teens in light-up cat ears high on concession-stand ice cream and the college party kids buying $15 tequila shots at the arena bar.

Arriving through a cloud of smoke on a levitating platform, draped in sparkly red, she performed in front of an eye-shaped video screen whose pupil would open to reveal the next oversized set piece: a pixelated lion's head for "Roar," the aforementioned massive red lips for "I Kissed a Girl," a basketball hoop the size of an aboveground pool for "Swish Swish." A portion of the set had a "Tim Burton reboot of Honey, I Shrunk the Kids" motif, with a male dancer doing a pole routine on a giant rose stem. And yes, Left Shark, the meme sensation from her Super Bowl performance three years ago, indeed made a cameo—they did the Kid n' Play dance together, then wrestled on her curved catwalk.

At times, Perry attempted to leaven the spectacle with moments of intimacy, name-dropping Sassy's, bringing a young girl onstage to "wish on a star," ven calling her dad on a huge novelty phone. But this is a show where even the requisite stripped-down acoustic portion takes place as she's hovering above the crowd on a platform shaped like the planet Jupiter. It was dazzling, dizzying and trying very, very hard—which, for Perry, is all very on-brand. 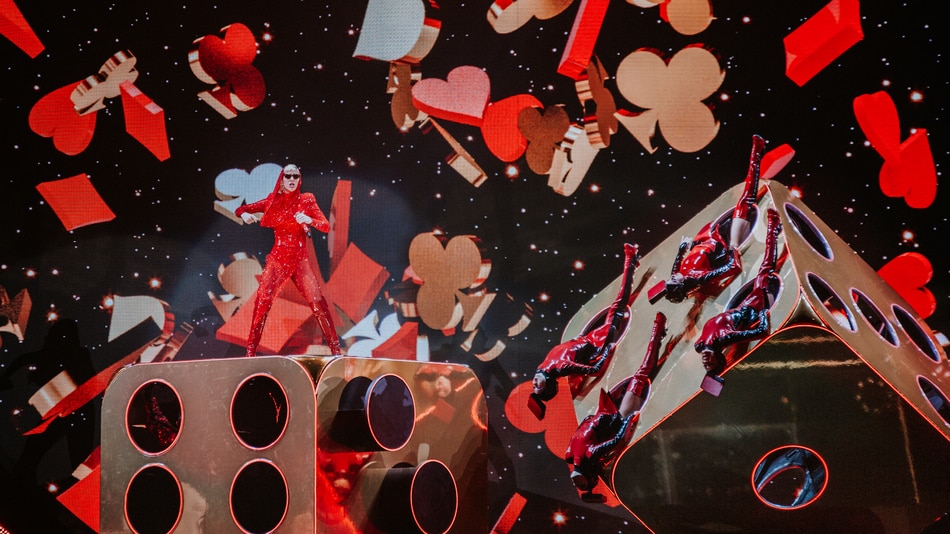 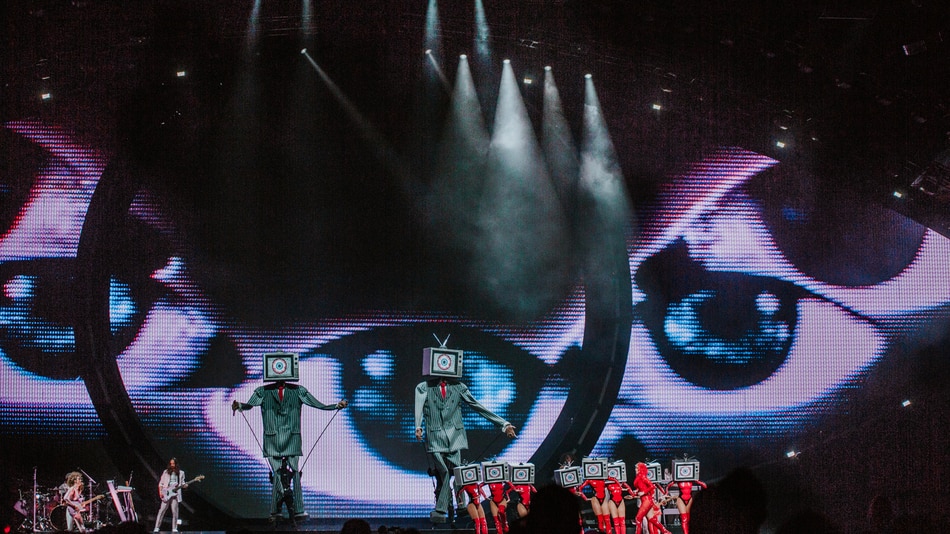 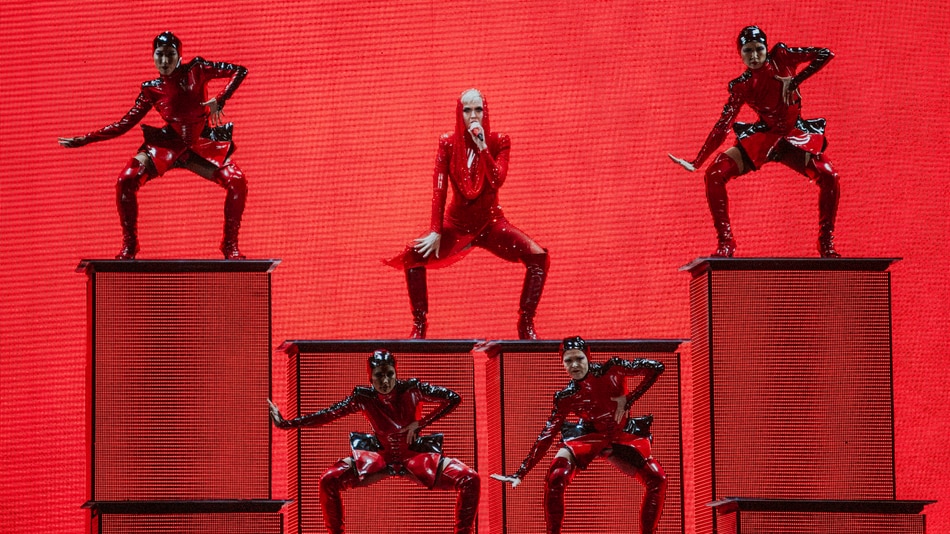 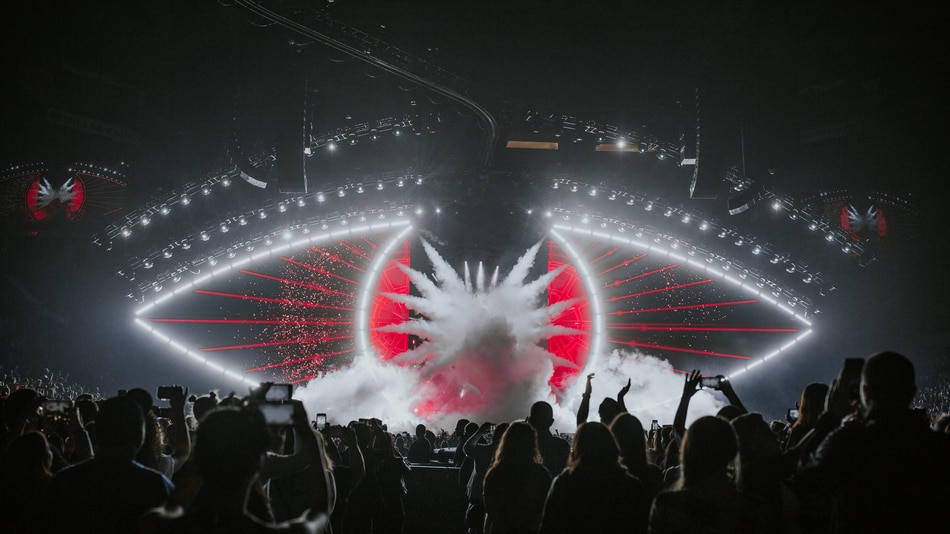