Microsoft's HoloLens, the much anticipated headset that will allow users to immerse themselves in an augmented reality, announced today the winners of grants to develop software. And an Oregonian was one of the lucky few.

Clackamas Community College and Portland-based Oregon Story Board will split two grants worth around $215,000 from Intel and Microsoft to support students as they develop practical uses of holographic virtual reality technology.

The money will fund classes for CCC students to learn how to apply Microsoft's HoloLens technology for things like auto repair education and product development.

HoloLens is a goggle-like headset that gives its wearer a "mixed reality" experience that "blends your surrounding environment with holographic elements," said Andy Mingo, a Portland film director and producer and the director of Digital Media at Clackamah Community College. Mingo led the effort to secure the Hololens grant.

CCC students will attend the classes at Oregon Story Board's offices on NW Flanders in Portland, a space that's already home to virtual reality startup WILD and visual effects firm Sprocketship, as well as an "experimental supercomputer" built by Intel, a founding sponsor of Oregon Story Board. WILD, Sprocketship, and Portland's HoloLens development firm Object Theory will be involved in the CCC course, which kicks off January 6, said Mingo.

Microsoft will begin making the development edition of its HoloLens devices available for $3,000, at the start of 2016, according to a company spokesperson. Microsoft declined to provide any additional information regarding the educational grants for the technology.

"This is a very cool proof of concept for us here at Oregon Story Board," said the organization's Director Shelley Midthun. The grants are also good news for OSB, which has been under financial pressure after the Oregon State Legislature shot down a request to continue its funding. OSB serves as an incubator for a select group of Oregon startups, providing office space, seed funding and mentoring.

Students will start off developing HoloLens applications for auto repair education, which could lead to a variety of uses of the technology for virtual learning. However, down the road HoloLens could be applied for marketing, gaming, narrative storytelling and manufacturing, Mingo suggested. The shoe makers at Nike and Adidas might use HoloLens to visualize a footwear design, or an architect might showcase plans for a building that people can walk through virtually.

"It's going to make two-dimensional screens obsolete," he said. "This moves beyond virtual reality." 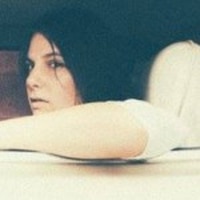