Portland residents woke Sunday morning to what looked like a nightmare come true: an oil train on fire.

For the past three years, railroads have been carrying liquid crude oil from North Dakota's oil fields via Oregon and Washington to the Pacific market.

Critics warned that the tanker cars filled with volatile oil were time bombs rolling through the Columbia River Gorge, a national scenic area. The cloud of black smoke billowing near the St. Johns Bridge on Dec. 13 suggested the kind of derailment and inferno that skeptics feared.

In fact, it was nothing of the sort.

The Dec. 13 fire was the result of a tanker truck crashing into railcars near U.S. Highway 30. The crash killed the driver of the truck and ignited gasoline in the tanker—but the railcars were carrying liquid asphalt, not crude oil, and they didn't leak or catch fire.

Yet the media rush and viral videos placed renewed scrutiny on oil trains at a pivotal moment for the future of such shipments. Texas oil company Tesoro and Utah logistics company Savage are seeking final approval next year for what would become one of the nation's largest crude-by-rail facilities—across the Columbia River from Portland at the Port of Vancouver.

Railroads are federally regulated, which means local jurisdictions can do little to block oil trains from traveling through. The locals can, however, decide whether to approve terminals.

Supporters of the proposed Vancouver terminal face a skeptical public—especially after a series of investigative reports by The Oregonian detailed the risk of train explosions.

That's not persuasive to environmental activists.

"If someone were to propose a pipeline this size, you'd say it was nuts," says Dan Serres, conservation director with Columbia Riverkeeper. "It's an absolutely enormous threat to salmon habitat, to drinking water supplies, to all the communities along the Columbia River."

If the terminal wins approval, that would mean a sharp increase in the number of oil trains traveling through the Gorge.

It's hard to determine how many railcars carrying crude currently roll through Multnomah and Clark counties—railroads are only required to disclose a broad range of trains per week to state governments.

But the Washington state environmental impact study for the Vancouver Energy project shows oil-train traffic in the Gorge could more than double if the terminal moves forward. 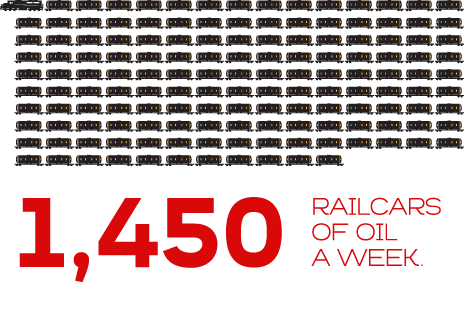 Potential number of railcars carrying crude oil through the Columbia River Gorge to the Vancouver Energy terminal, if the project is approved: 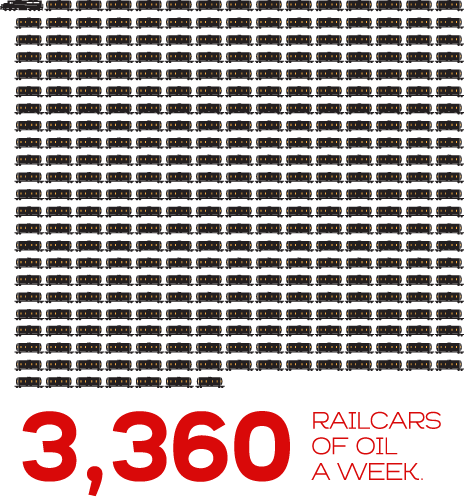