Monday Funday, the weekly gathering at Colonel Summers Park on Southeast Belmont Street, looks from the outside like a throwback to the tie-dye 1970s. But an incident that took place at Monday Funday in 2014 set into motion a court case that is pushing the boundaries of what you can and cannot say on social-media websites.

On April 14, 2014, Joseph Alan Brown showed up amid the usual hacky-sackers, hula-hoopers and tribal drummers, and approached a group that included his ex-girlfriend.

According to court records, Brown moved within 20 feet of his ex. His proximity violated a written request she'd made in January, asking Brown to stay at least 50 feet away from her at the event and abstain from all other contact. Documents say he continually attempted to make eye contact, and the woman's friend, Phil Hutchinson, asked Brown to move. Brown refused.

That confrontation set off a chain of events, including an explosive Facebook post written by Hutchinson containing allegations about Brown's behavior. That post would eventually lead to a lawsuit set to go to trial in February in Multnomah County Circuit Court.

The case is the latest in a series of recent battles over whether describing a man as a danger to women is protected speech or defamation.

This time the battle is being waged inside the Burner community: the crowd of artists and free spirits defined in part by their travel to the Burning Man festival in the Nevada desert each summer.

On Jan. 30, 2015, Hutchinson wrote a public Facebook post about Brown, alleging he had been ostracized from multiple social circles "for not respecting boundaries and the withholding of sexual consent."

Brown responded by suing Hutchinson on Feb. 12 for $69,600 in damages, alleging defamation, invasion of privacy, and intentional infliction of emotional distress.

The lawsuit raises questions about whether the free-speech protections that the press traditionally enjoys also apply to individuals posting on social media.

Stephen Kanter, a professor at Lewis & Clark Law School, says revealing the kind of information Hutchinson posted can be valuable, but it must be accurate.

"People can out others for sexual misconduct even if there's no official charge," Kanter says, "but it's complicated, because, on the one hand, if someone is engaging in this behavior, it's important to know that. On the other, if they're not engaging [in that behavior], this kind of speech can ruin them."

This summer, a husband sued his ex-wife, who, like him, was prominent in open-source computer programming circles, after allegations on Twitter of sexual violence.

After the incident at Monday Funday, Brown then attempted to apply for services at a nonprofit where his ex-girlfriend worked, according to court documents. Shortly after that, the woman pursued a stalking order against Brown, and Hutchinson posted to Facebook.

In the Jan. 30 post, Hutchinson wrote that he felt it was important "that word about [Brown] gets out, because the continued silence and fragmented response has led to more women being hurt."

He described Brown as "part of the Portland [B]urner community, and also an attendee of Beloved," an annual New Age music festival held each August near Tidewater, Ore.

Hutchinson also posted a link to a website he helped create that contains public records related to Brown's legal history—including an arrest for voyeurism, a restraining order from his ex-wife, three stalking orders, and a conviction in a "complex burglary case" that culminated in Brown allegedly breaking into a woman's house and climbing into bed with her.

Yanchar says Hutchinson, in writing that Brown had been rejected from his social circles for not respecting "the withholding of sexual consent," had falsely alleged Brown was a rapist. (Brown declined to comment.)

"My client has never raped anybody," Yanchar says, "and the defendant specifically assumed and lumped together every single bad thing my client ever did in the public realm to say that he was a rapist."

In a sworn declaration, Hutchinson says he didn't intend to harm Brown, but felt he needed to "alert the community to behavior [he] believed caused danger to women who might interact with Mr. Brown."

"This case is appalling—there is an unbelievable amount of information to back up my client's claims," Radmacher says. (Hutchinson declined to comment.)

In April 2015, a woman, whose name WW is withholding, alleged in a sworn court declaration that Brown had raped her.

In her declaration, the woman says she met Brown at a party in the summer of 2012, and they went home together.

"[She] reminded him again that [she] was very tired and wanted to go to sleep and that there would be no sex," her declaration says. She woke up to find Brown penetrating her, and when she realized what was happening, she threw him off her. She says she filed a police report after the assault, but she did not press charges.

She tells WW she did not press charges in 2012 for two reasons: A mutual friend of her and Brown's told her that Brown had voluntarily sought counseling as a result of the incident, and she felt it would be too difficult to prove.

The woman, who is also part of Portland's Burning Man scene, says she gave a sworn declaration to support Hutchinson in speaking up for her and others.

"We're not always believed, and while I want us to be heard, that's not always possible," she says. "Consent is something that is very, very important to Burners."

Yanchar, Brown's attorney, says there's no evidence the woman's allegations are true. "My client has a very different opinion and recollection of that night," he says.

Kyu Ho Youm, a media studies professor at the University of Oregon, says he believes a social-media post like Hutchinson's falls under Oregon's protections for free speech.

"More people are using social media to alert each other to issues of public interest," Youm says. "An allegation related to rape, that is definitely in the public interest to know." 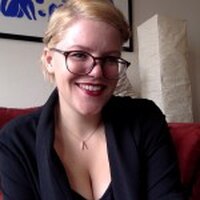 News writer Lisa Dunn covers everything from local politics to weird events going on in and around Portland for Willamette Week. She is a second year student in the MFA Creative Nonfiction program at Portland State, and she writes about books and literature for the Portland State Vanguard and for her personal site OJ and Toothpaste. @lisadunnpdx