The Bundy Gang Would Like Someone to Send Them Boxer Briefs, Deodorant and Miracle Whip

UPDATE: They'd also like Ted Nugent to play them a concert.

If you're monitoring the saga of the right-wing militants occupying Malheur National Wildlife Refuge, you need to be following JJ MacNab.

MacNab, a reporter for outlets including Forbes, has covered anti-government extremist groups—including the fight at the Nevada ranch of Cliven Bundy, whose sons are now leading the takeover in Eastern Oregon. She closely watches the social-media pages and email blasts of the militant groups, often spotting their next move hours before on-the-ground reporters notice it.

On Saturday, MacNab obtained the latest email from allies of militant Ammon Bundy: a "wish list" of grocery and hygiene products the occupiers would like sent to the federal building they've seized.

(UPDATE, 11:30 am Monday, Jan. 11: The Associated Press reports that the list was distributed by Ammon Bundy's mother, Carol Bundy.)

It's a comically detailed list—including both hot dogs and brats, mayonnaise and Miracle Whip, and three brands of cigarettes (as well as Copenhagen chewing tobacco). The list also hints at conditions in the federal building: The militants are asking for fresh underwear, deodorant and tampons. 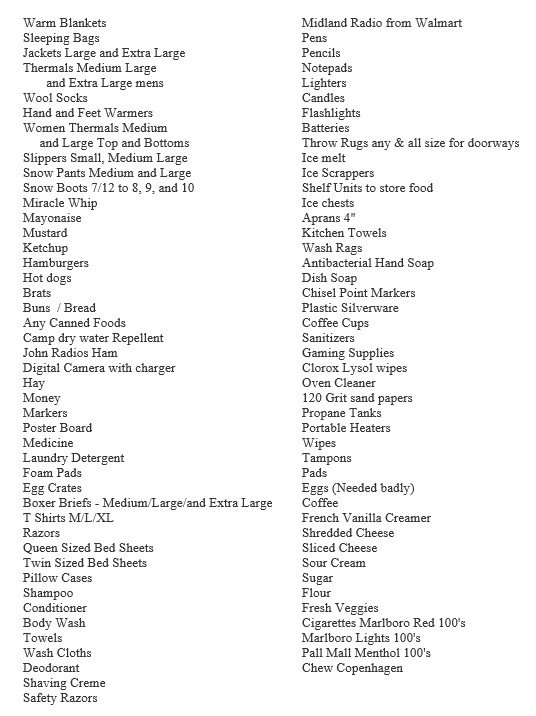 In the hours since MacNab leaked this list, she's explained why it's so heavy on the condiments: Local ranchers are bringing the militants supplies of beef.

UPDATE, 2:27 pm: Allies of the Bundy militants have posted calls for "Constitutionalist" musicians to perform a benefit concert at the Malheur National Wildlife Refuge.

Several of the miliants' supporters have emailed public-relations staff for right-wing rocker Ted Nugent. They're asking him to "sing a song to [militants] and their families." 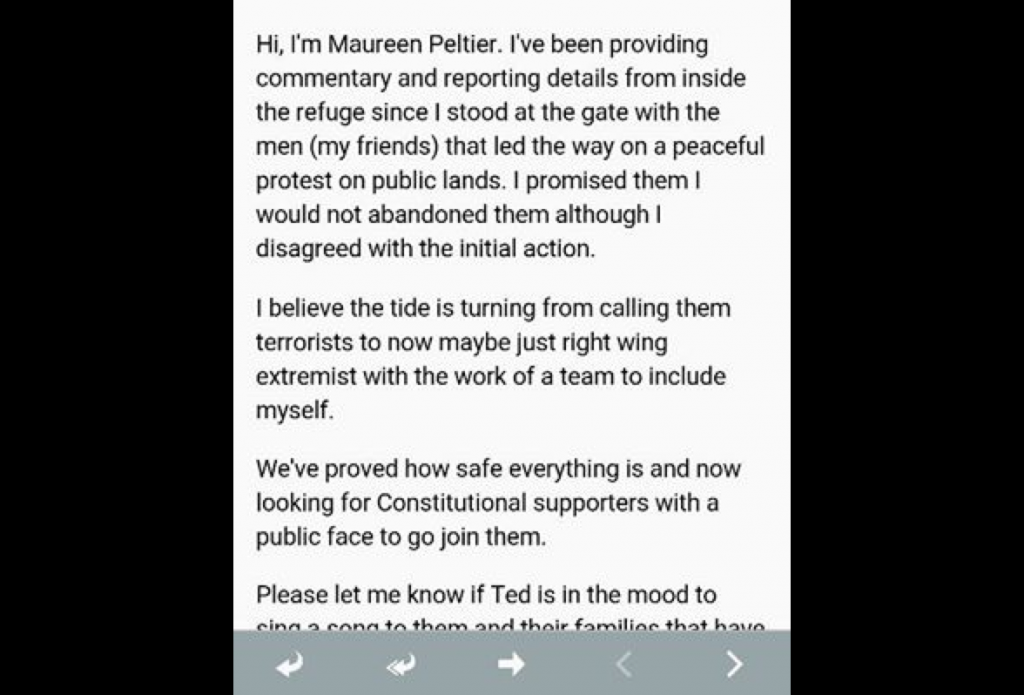