One of the defining moments of the takeover of Malheur National Wildlife Refuge by anti-government militants was how one of the camp guards introduced himself to Oregon Public Broadcasting:

That nickname alerted reporters to the Mormon religious roots of the occupation.

As OPB reporter John Sepulvado wrote in WW: "Their inspiration, Ryan Bundy said, comes straight from the Book of Mormon, specifically the story of Captain Moroni, a scriptural figure who rescues his people by raising a flag—called a 'title of liberty'—against an evil force."

Today, the Captain Moroni who guarded the Malheur occupation was arraigned.

Dylan Anderson, 34, appeared in federal court in Portland this afternoon—one of three more defendants to make a first appearance in the case against the Harney County occupiers.

Ten of them are currently housed in Multnomah County Jail.

The complaint also contains another example of alleged conspirators implicating themselves on social media. The affidavit notes that one defendant, Duane Ehmer, posted on Facebook a Yahoo! News story showing him and his horse, Hellboy, at the wildlife reserve.

"yep its me…" Ehmer wrote, "and my horse Hellboy." 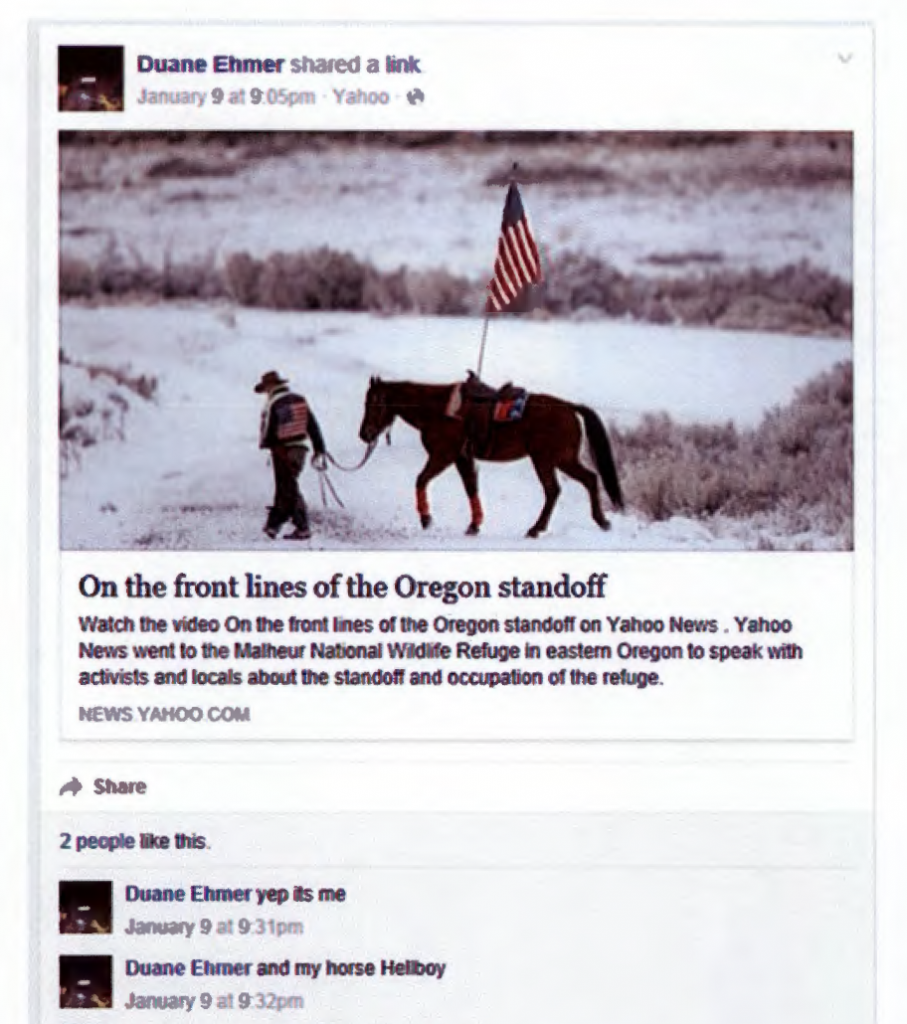