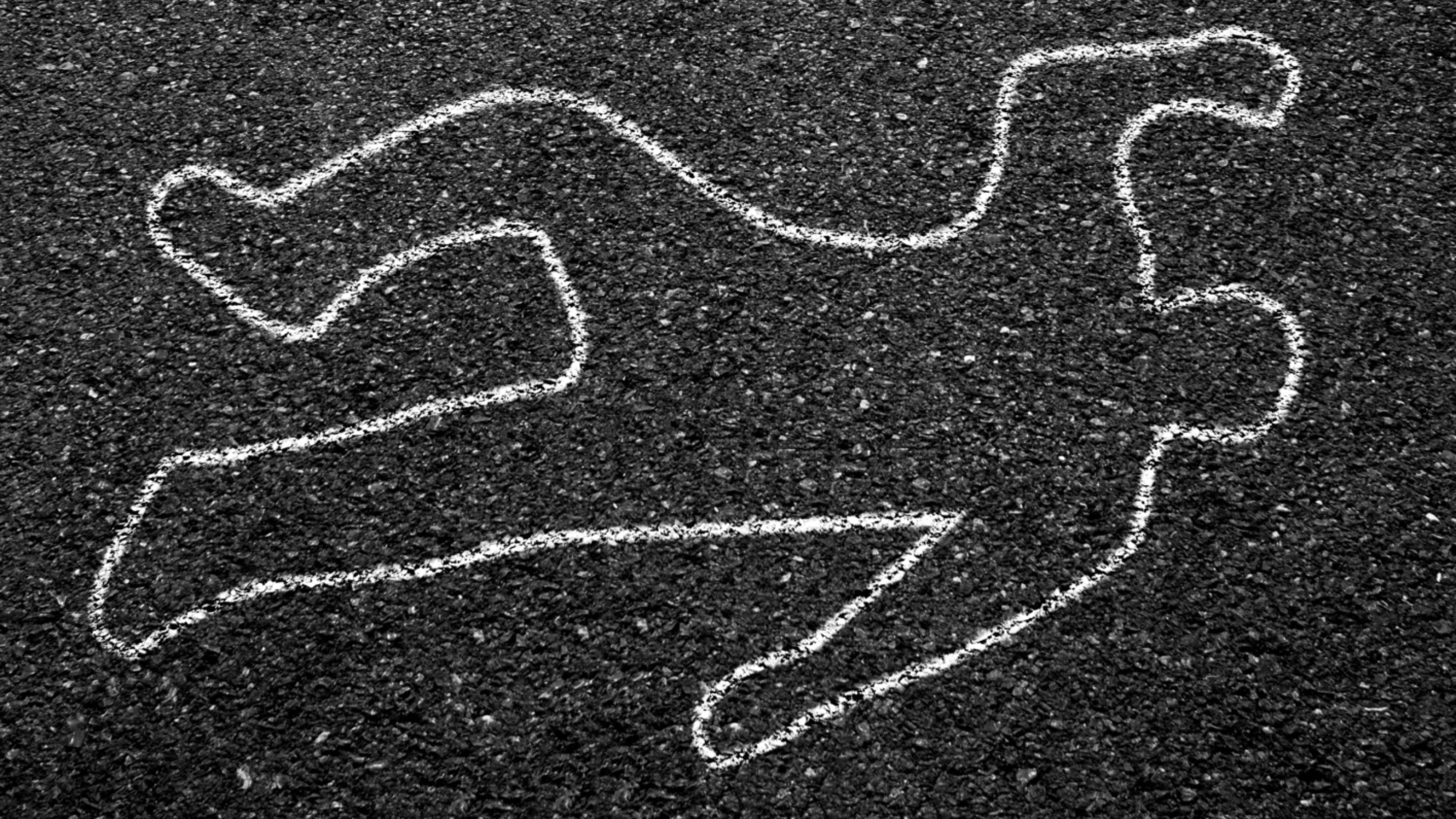 No. 6: Because nobody is going to kill you.

It's really hard to get murdered in Portland. Yeah, sure, television stations might lead you to believe there are bullets flying all over town every night—but let's put things in perspective.

Look across the country to Baltimore, another hipster-heavy, midsize city with a gritty core and good food. Charm City—which has a smaller population than Portland—saw 344 murders last year, 10 times our total.

"We've tried to put ourselves where we can do the most good, between offenders and their victims," says Reese, now the head of the Citizens' Crime Commission. "That's paid dividends." NIGEL JAQUISS.

No. 7: Because the cannabis business has its RingSide Steakhouse.

You've seen the first three seasons of Mad Men, so you know the golden age of American capitalism was powered by coffee, bloody steaks and dry martinis. You've also seen seasons 4 and later, so you know that as culture evolved, business deals got done over doobs.

If you want to meet the city's most ambitious entrepreneurs, drop by the Northwest Cannabis Club on Southeast Powell Boulevard on Monday and Tuesday nights. There, local cannabis businesses meet to show off new products and strains. There's plenty of sampling, but documents get signed and checks are written, just like at RingSide Steakhouse or the Multnomah Athletic Club.

Stoners are businesspeople, too. For years, they've been forced to hide their public usage while meeting at a bar or coffee shop. Now, thanks to cannabis lounges, they can finally enjoy their product at a business meeting without having to worry about getting raided by police. No more sneaking around the corner for a joint. No more vape-pen hits at a patio table.

Weed is a business, and everyone can handle it professionally now. Here's my product. Take a hit. Do you want to carry it? How many will you order? TYLER HURST.

No. 8: Because you're going to be able to empty your change jar into a Big Lebowski pinball cabinet.

Phil Ragaway is Portland's pinball wizard, and he's putting his magic to use by bringing a fading corner of the Barmuda Triangle back to life.

In March, Quarterworld opens inside the old Alhambra Theatre, a building which, in its century of existence, has housed a cinema, a burlesque club and several failed music venues.

Ragaway's idea: a giant steampunk-themed barcade, stocked with games from his massive collection, which he already leases to bars around town. At 4,000 square feet, it's almost double the size of Ground Kontrol. And according to the owner, the aesthetic will be grungier, a reflection of the surrounding Hawthorne neighborhood.

"Downtown is a different environment," Ragaway says. "Portland has always been divided by east and west. We've always been eastsiders, so we're building from our eastside perspective."

Quarterworld will have roughly 70 games on the floor—Chicago's Galloping Ghost Arcade has the nation's most at 400—including "a mix of pinball and standup machines, with an emphasis on the former. Ragaway says the space could fit twice as many games, but he wanted to avoid "the obnoxious congestion you find in any popular place in town."

"I get frustrated when I see pinball machines lined up five inches away from each other," he says. "Pinball is a four-player game. You play with buddies, you make bets. When it's that tight, it's not as inviting to play with friends that way."

Ragaway is keeping the details a surprise, though he promises "some pretty wild games you just don't see." But the goal isn't just to impress nerds. In contrast to Ground Kontrol, which is an arcade first and bar a distant second, Ragaway wants Quarterworld to act as equal parts gamer-geek nirvana and social hub—a bridge to the neighborhood for newcomers, and a reward for those who didn't move to the suburbs. "It's a little island of old-school Portland we plan to hold onto for a long time," he says. MATTHEW SINGER.

No. 9: Because we're the easiest place to get birth control in the nation.

Oregon women now have the best access to birth control in the entire country. That's because on Jan. 1, two bills went into effect: House Bill 3343, which requires insurers to pay for a 12-month supply of birth control all at once, and House Bill 2879 (interestingly sponsored by Republican state Rep. Knute Buehler in what is probably a reach-across-the-aisle move in anticipation of a 2018 governor run), which added pharmacists to the list of people who can prescribe birth control.

In other words, you can now walk into Walgreens and walk out with enough birth-control pills to keep you unpregnant until next Valentine's Day.

Oregon was the first state in the nation to make insurance providers cover all 12 months at once, and while that may not seem like a big deal to non-birth-control needers, for women using hormonal birth control, it's huge.

"The most effective use of birth control is consistent use," says Mary Nolan, executive director of Planned Parenthood Advocates of Oregon. "If you miss even one day, you risk pregnancy."

When women are forced to refill a prescription monthly, it's easy to miss a day or two if they don't get the pills on time. "Consistent use has been shown to reduce the likelihood of unintended pregnancy by 30 percent," Nolan says.

The second bill makes it even easier to get that 12 months of freedom by allowing women to walk into a pharmacy and fill out a questionnaire. If there aren't any risk factors, you can be prescribed up to 12 months of hormonal birth-control pills or patches.

Oregon is the second state to pass a law granting this authority, and the first to implement it, because California's similar measure is caught up in red tape.

Since the Centers for Disease Control and Prevention just announced new guidelines saying women who are of childbearing age should not drink alcohol unless they are on birth control, Portland, with our many bars and easy access to birth control, is perfectly positioned to be a leader in a new type of niche tourism: Vacations for the Sexually Active Heterosexual Woman of Childbearing Age Who Occasionally Likes to Have a Drink or Two. LIZZY ACKER.

No. 10: Because we won the league, just like the chant said we would.

No. 11: Because you can get good food delivered now.

There was a time—this time last year, in fact—when food-delivery options in Portland were limited to second-tier pizza parlors and the sporadic Chinese takeout joint.

The famine is over. In the past 12 months, a glut of restaurant-delivery startups have arrived in town, and added many of the city's top cheap eats to their app rosters.

All of this sent to your door within an hour by the apps Caviar, Postmates, GrubHub and Amazon PrimeNow, with a fee averaging about $7.

Consider this the second wave of Silicon Valley's on-demand economy. Just as the first invasion of Uber and Lyft finally allowed your sozzled self to hail a ride home immediately after last call, the new companies allow your hung-over ass the option of brunching from your couch.

Portland's not even close to the first city to get these apps—although one website, Delivered Dish, was founded here and recently bought by GrubHub. But the technology is perhaps more fun here than anywhere else, because the PDX lowbrow food scene was made for brown-bagging, because you can relish the self-righteousness of a low-car lifestyle along with the Buffalo wings, and because lately the apps have started making even our stationary food carts mobile. You can now order the city's top poutine (Potato Champion), its finest Latin-style chicken (Chicken and Guns) and its best bulgogi (Kim Jong Grillin').

Is this on-demand wish fulfillment increasing the entitlement of those with means, while pressing more of our fellow citizens into gig work without workplace protections? Yes. But it also means I can get Popeyes delivered to the office!

By this time next year, there will be 28 pounds more of me to love. AARON MESH.

No. 12: Because established indie musicians are still moving here.

As deafening as the grousing over transplants has become in Portland, the most distressing trend isn't who's coming in but who's leaving. In come the tech bros, out go the artists—it's the urban circle of life.

Quietly, though, one strata of artist is still migrating here: the successful indie musician. In the mid-2000s, groups like the Shins, Modest Mouse and Britt Daniel of Spoon settled here, turning Portland into Indie Rock U.S.A., and while the cultural tides have somewhat receded from those bands, the clout they brought to the city continues to attract a new generation.

Chillwave survivor Chaz Bundick, aka Toro y Moi, bought a home here with his wife. Drive By Truckers' Patterson Hood finally moved to town after years of talking about Portland in interviews. Wye Oak drummer Andy Stack left the rest of his band in Baltimore, and landed a gig playing with Matt Berninger and Brent Knopf in El Vy. Jason Lytle of Grandaddy lives in Northeast Portland. Underground rapper Aesop Rock was among us for a hot minute, but appears to have gone back to New York. Matthew Singer.