Portlanders are drawing national attention for their forays into presidential politics.

Among them: Division Street ceramics artist Ariel Zimman, who is selling handmade pipes embellished with the campaign logo and face of Sen. Bernie Sanders (D-Vermont).

She was donating 10 percent of the proceeds to Sanders' campaign—but sold so many pipes she's already hit the individual donor ceiling of $2,700.

"Some [people] were saying that if I were really a Bernie supporter I would donate 100% of my profits to his campaign," Zimman tells WW. "I can't just run a business for free."

Stonedware is now donating part of the pipe sales "toward charities that support girls and women in STEM and the arts."

In February, the Center for Public Integrity suggested that it's a risky decision for Zimman and other entrepreneurs to use candidates' names and logos for profit, though it is unlikely that a campaign would sue or admonish its supporters.

Zimman told the nonprofit that she hopes Sanders—a longtime backer of cannabis legalization—would be supportive of her small business, but she would stop making the products if his campaign requested.

She never heard from anyone from Sanders' campaign.

Zimman used to be the sole creator of all Stonedware products. But she's hired two employees to catch up with all the orders from what she calls "the Bernie boom."

There's still a backlog. If you buy a pipe today, Zimman says it will ship by June. 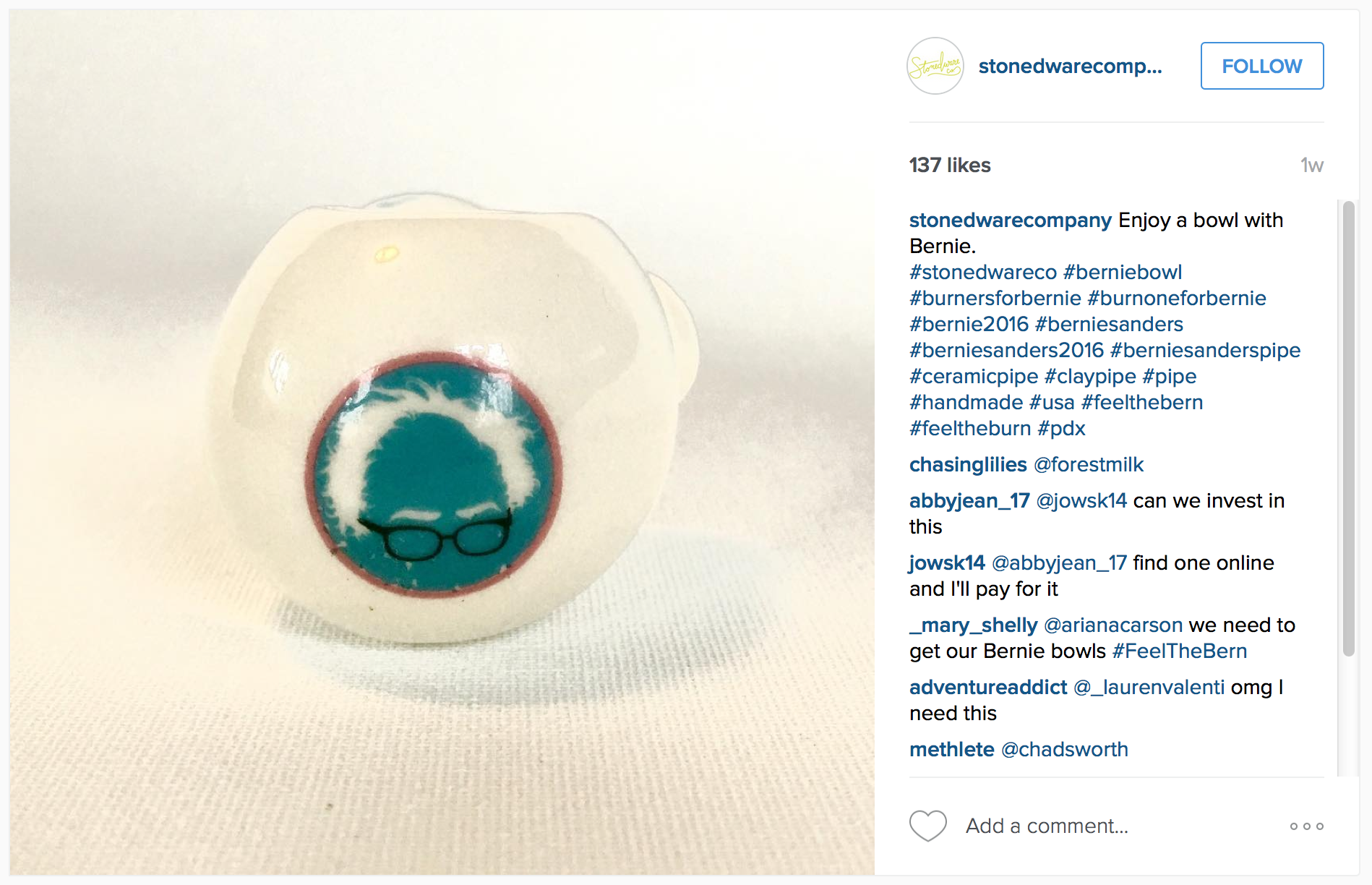