Bernie Sanders Greeted in Portland by a Friendly Bird

“That bird is really a dove asking us for world peace."

“I think there’s some symbolism here,” Sanders said. “I know it may not look like it, but that bird is really a dove asking us for world peace.”

In fact, the bird appeared to be a sparrow. It was displayed on the Moda Center jumbotron, leading to a flurry of social media photos that will probably become memes by the time we finish this post. 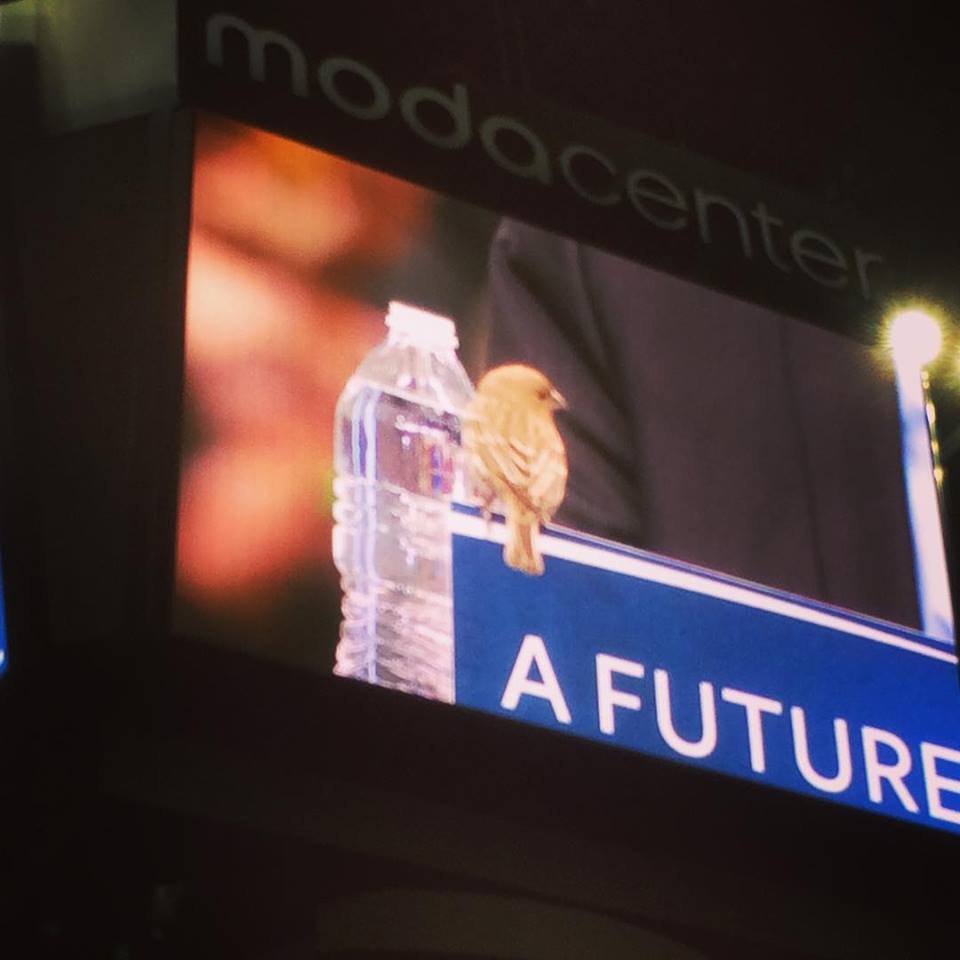 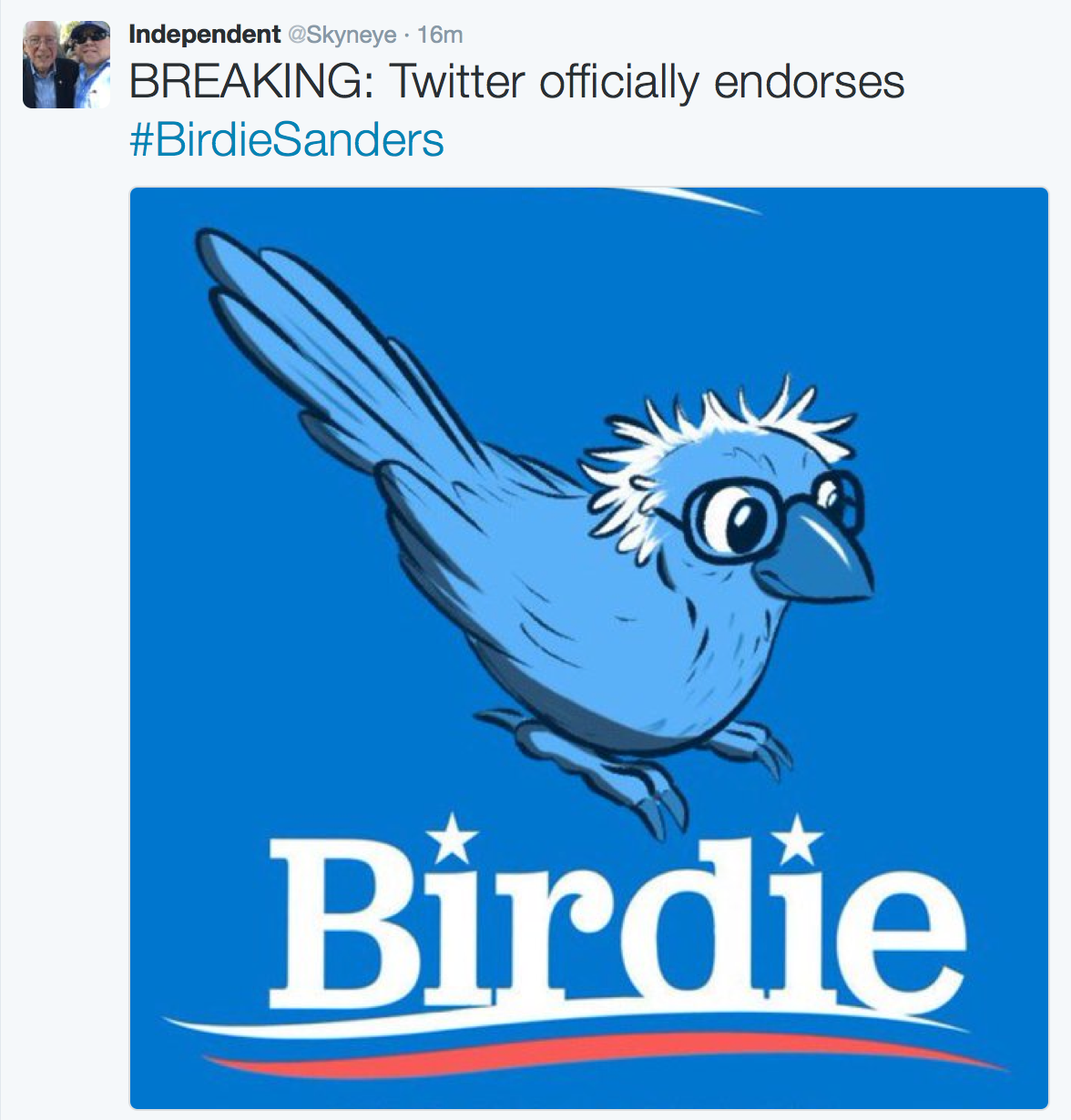 There's a GIF, and it's not unpleasant to watch.

We made this one: 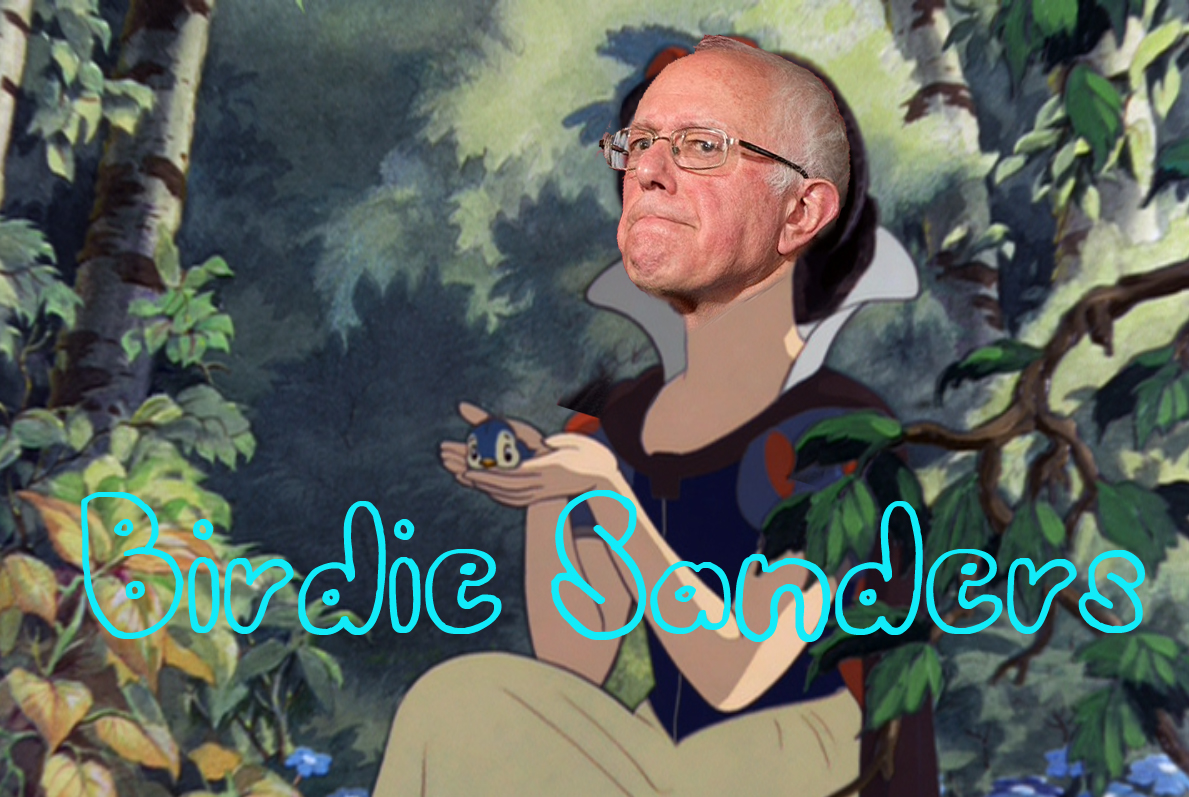