But PDX is still a small fish in the VC pond.

Does it seem like tech money is suddenly flooding into Portland? It is.

That may seem like a lot of money—but it's still a drop in the ocean compared to the San Francisco Bay Area, which endured a 19 percent funding decline in the same period but still raised $1.74 billion in a quarter. 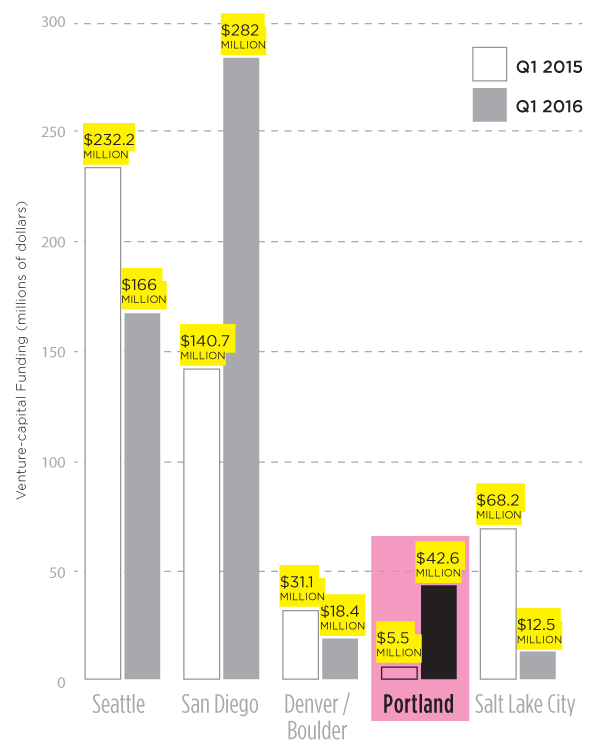