The May 17 primary means Portland mailboxes are overflowing with glossy selfies from candidates seeking your vote. We examined 16 separate pieces of campaign mail that arrived in the past two weeks, and spotted a few trends. 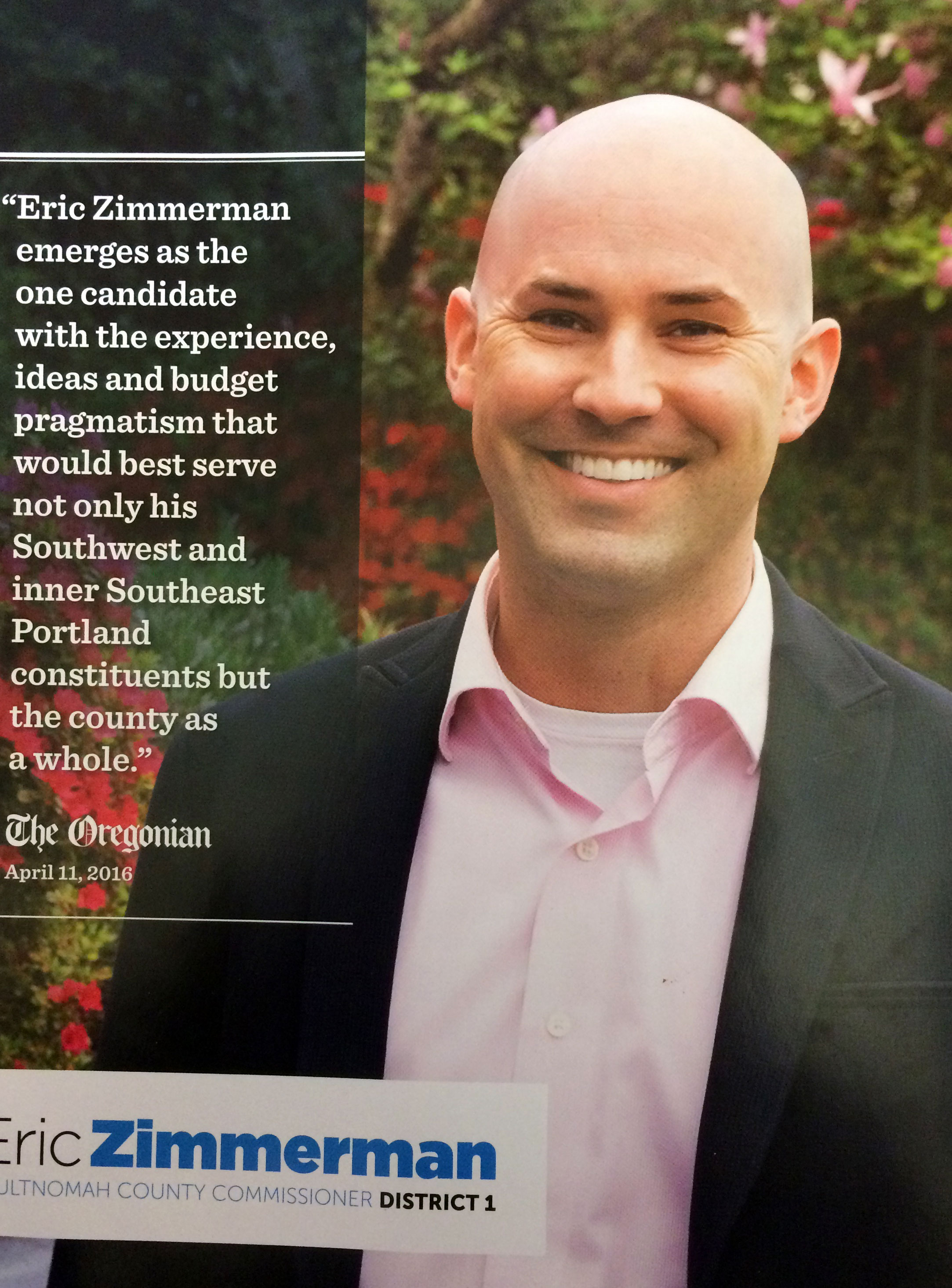 It's the buzzword of the year. Four candidates used the word to describe themselves, putting "progressive" in bold type. Even Wheeler—the blue-blooded darling of the business community—emblazoned it down the side of a nearly 2-foot-long door hanger, hyping "progressive policies that work." Opponents of the city's proposed 10-cents-per-gallon gas tax increase highlighted the word's value with the meanest slam they could muster: "For a proudly progressive city, Portland sure seems to love regressive taxes," reads a mailer from the No PDX Gas Tax committee. 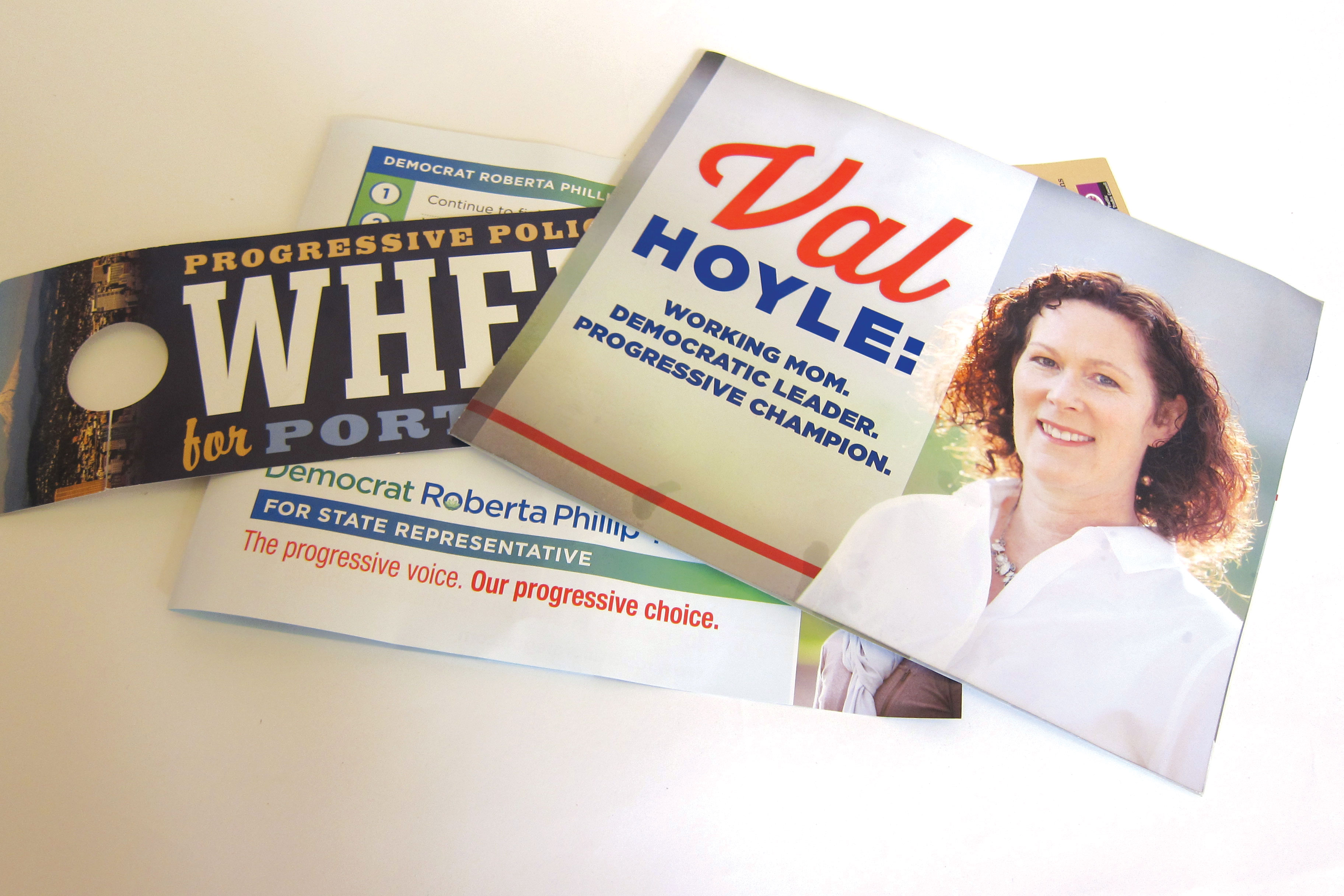 The scare tactic is back! Multnomah County Commission District 1 candidate Brian Wilson dedicated one entire side of a mailer (below) to a photo of a forlorn man toting cardboard boxes—presumably holding his belongings. House District 43 candidate Tawna Sanchez illustrated her mailer with an eviction notice and dire housing news. Phillip-Robbins devoted one mailer to rising home prices, and another to air pollution—complete with a toddler covering her mouth. "Phillip-Robbins won't breathe easy," it says, "until our community isn't being poisoned." 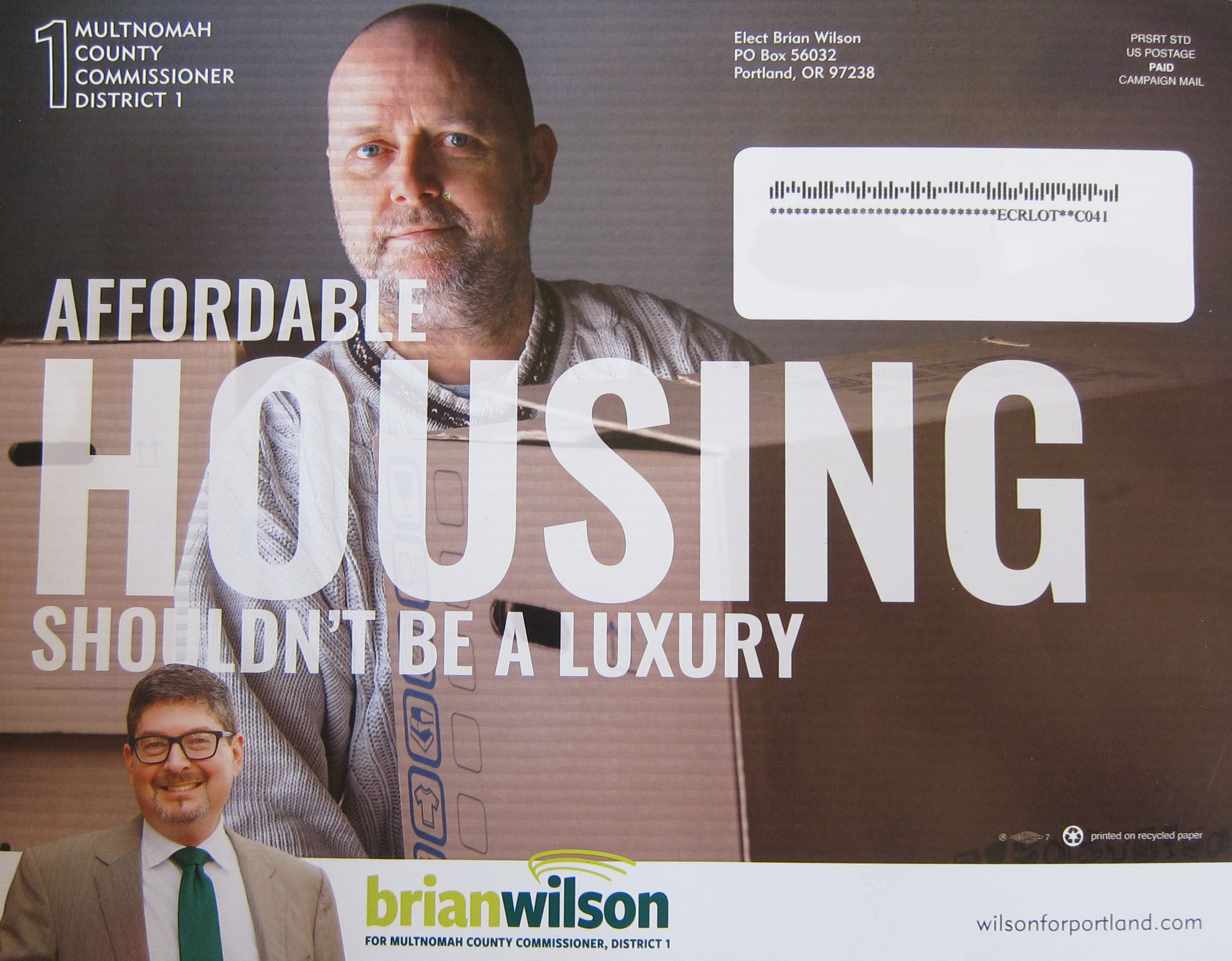 Two of the three candidates in the hotly contested Democratic primary for Oregon secretary of state are being disingenuous in their campaign mail.

Claim: "We can trust Val to stand up for us as Secretary of State on the things that matter most: Limiting big money in politics, to level the playing field for working families."

Fact: In the past two weeks, Hoyle accepted a $100,000 check from Washington, D.C.-based EMILY's List and a record-setting $250,000 check from former New York City Mayor Michael Bloomberg. (The latter appears to be the largest single donation ever to a secretary of state candidate.) Hoyle's opponents howled, but campaign manager Cody Chasteen says she's playing by the rules that exist today—and hopes to change them. 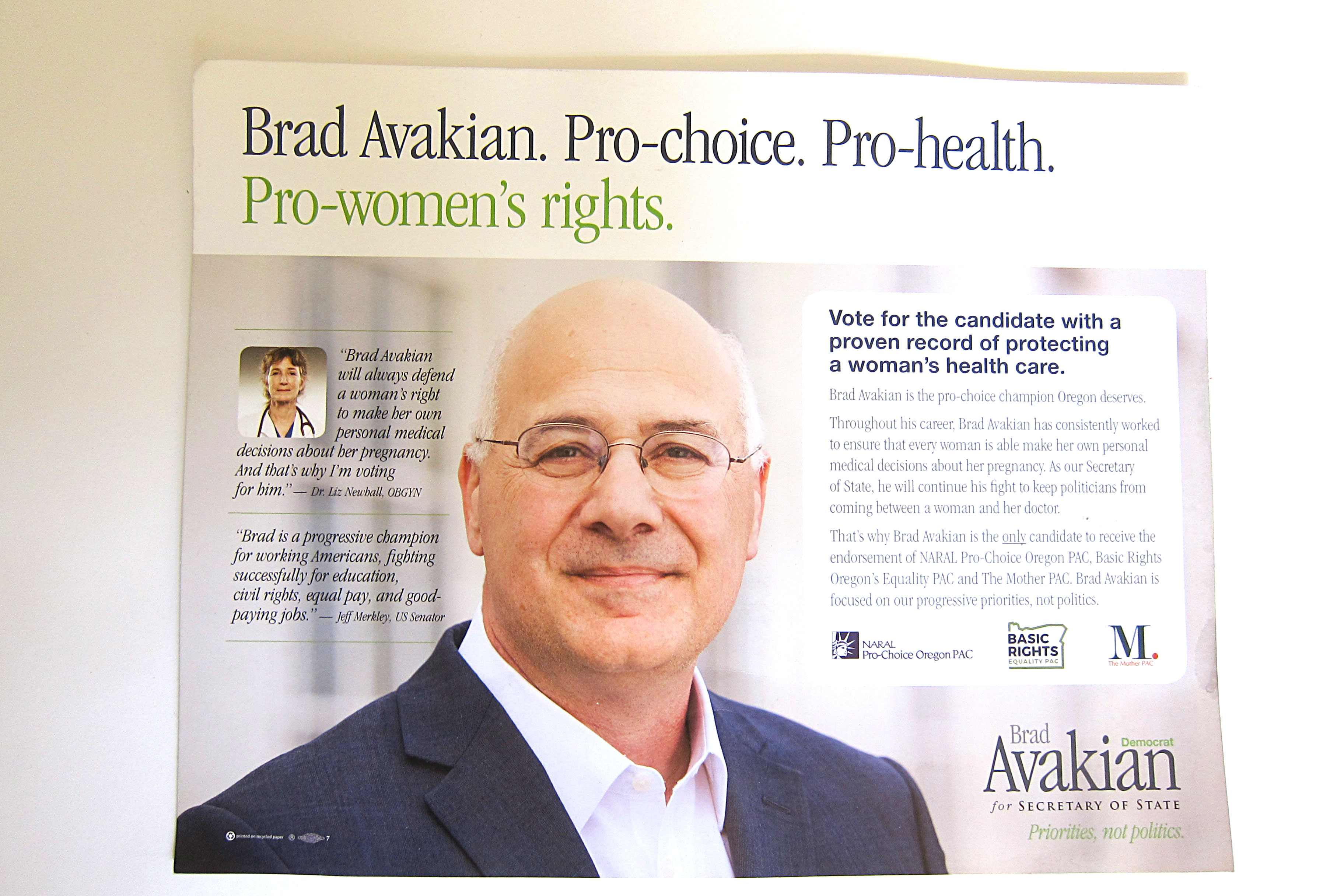 Fact: Merkley did say this, but contrary to the appearance of the mailer, he has not endorsed in the race. 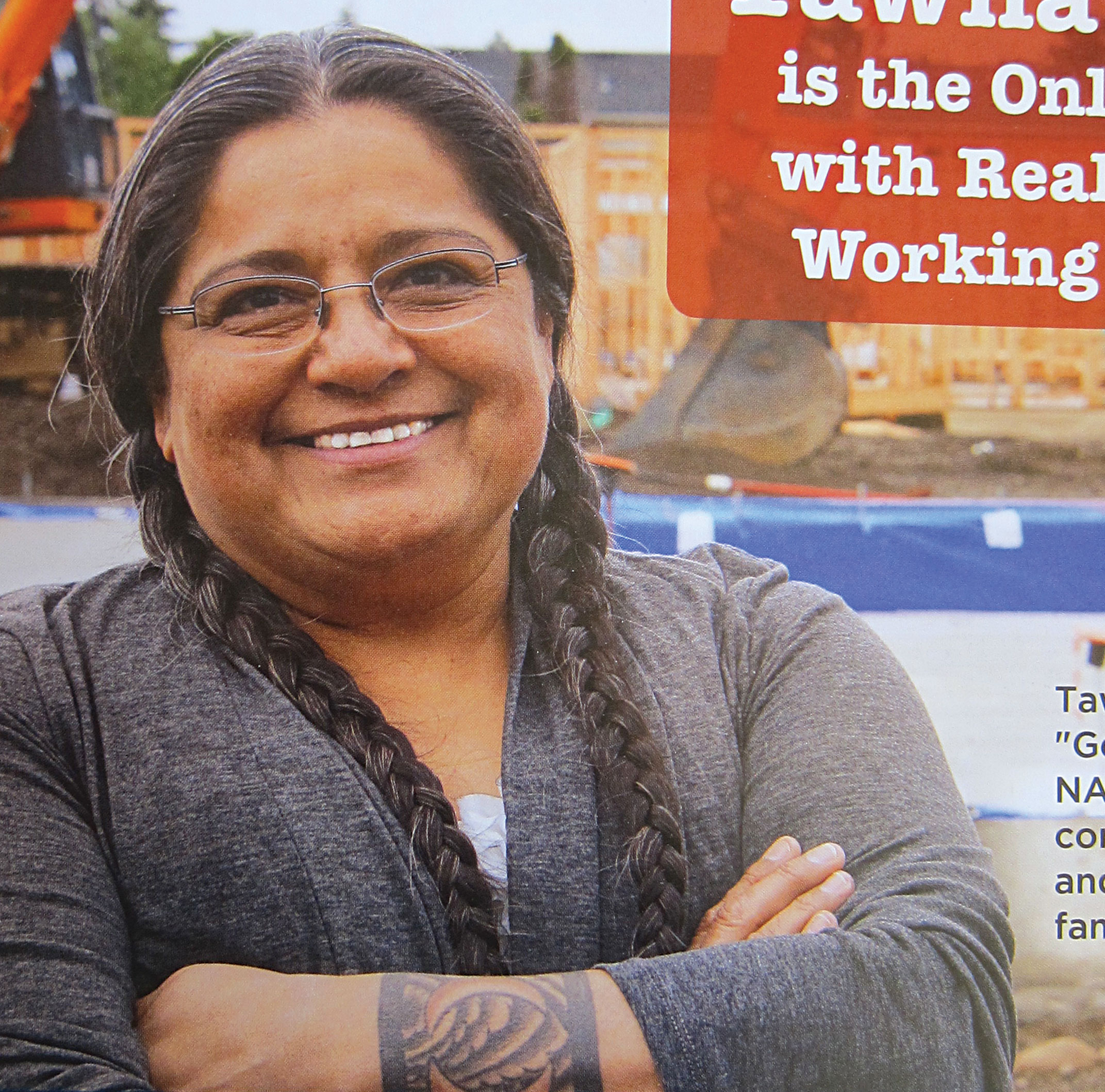 Even in tattoo-friendly Portland, it's unusual for a candidate to display personal ink in campaign ads—we can't remember ever seeing a tattoo in a mailer before. (When we asked every office-seeker in 2012 to imagine getting a tat, many of them visibly recoiled.) But House District 43 candidate Tawna Sanchez not only shows a forearm tattoo on her campaign mailer—she crosses her arms, providing a more prominent display. Sanchez says tattoos on both forearms memorialize dreams she had as a child. "On my right arm, there are roses recognizing the earth," she says, "and on the left are moons, recognizing the sky."