That's still only about half the number they bought 30 years ago. State economists say the increase is part of a national trend, and may reflect greater disposable income and a rejection of e-cigarettes. 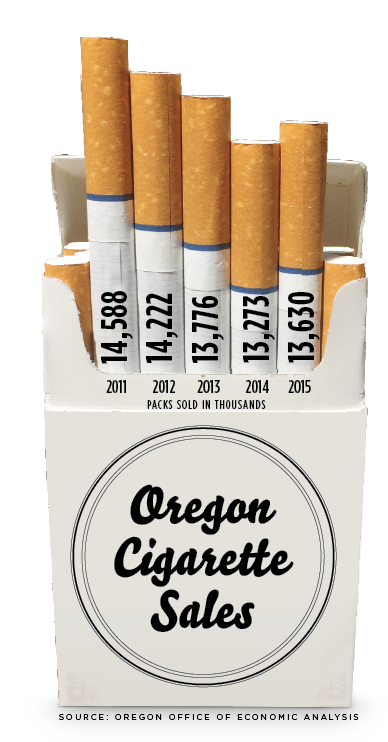