Oil railcars that run through the Columbia River Gorge on an average week: 1,450

Number of cars that caught fire or exploded: 5

Approximate distance, in feet, of the crash from an elementary school: 1,320

Altitude, in feet, the flames reached, according to witnesses: 100

Gallons of oil collected in the town's wastewater system: 10,000

Feet of boom deployed in the Columbia to contain oil slick: 1,000

Number of firefighting crews deployed to the blaze: 16

Days after the crash that Union Pacific Railroad pledged to temporarily

rail line on either side of Mosier: 4

Date in July when a public hearing will be held to discuss that request: 5

"We apologize to the residents of Mosier, the state of Oregon and the broader Pacific Northwest region for any inconvenience this incident may be causing." —Justin Jacobs, spokesman for Union Pacific Railroad, at a June 3 press conference on the Oregon oil train fire 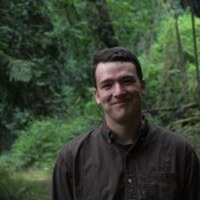