An architect has plans to demolish the historic building.

A historic synagogue on Barbur Boulevard, about one mile from downtown, may soon be demolished and turned into an apartment complex.

Built in 1965, the Sephardic synagogue serves the Congregation Ahavath Achim. It is also a long-standing landmark that anyone who has ever driven on Barbur Boulevard knows well. The synagogue's central location also made it the recipient of offensive graffiti last year.

Earlier this month, an architect began the application process to construct two buildings that will comprise a 30-unit apartment complex on the site of the synagogue. Beaverton architecture firm Stewart Gordon Straus put in an early assistance intake application, which comes prior to submitting a building permit, on July 17, the Portland Chronicle reported today. 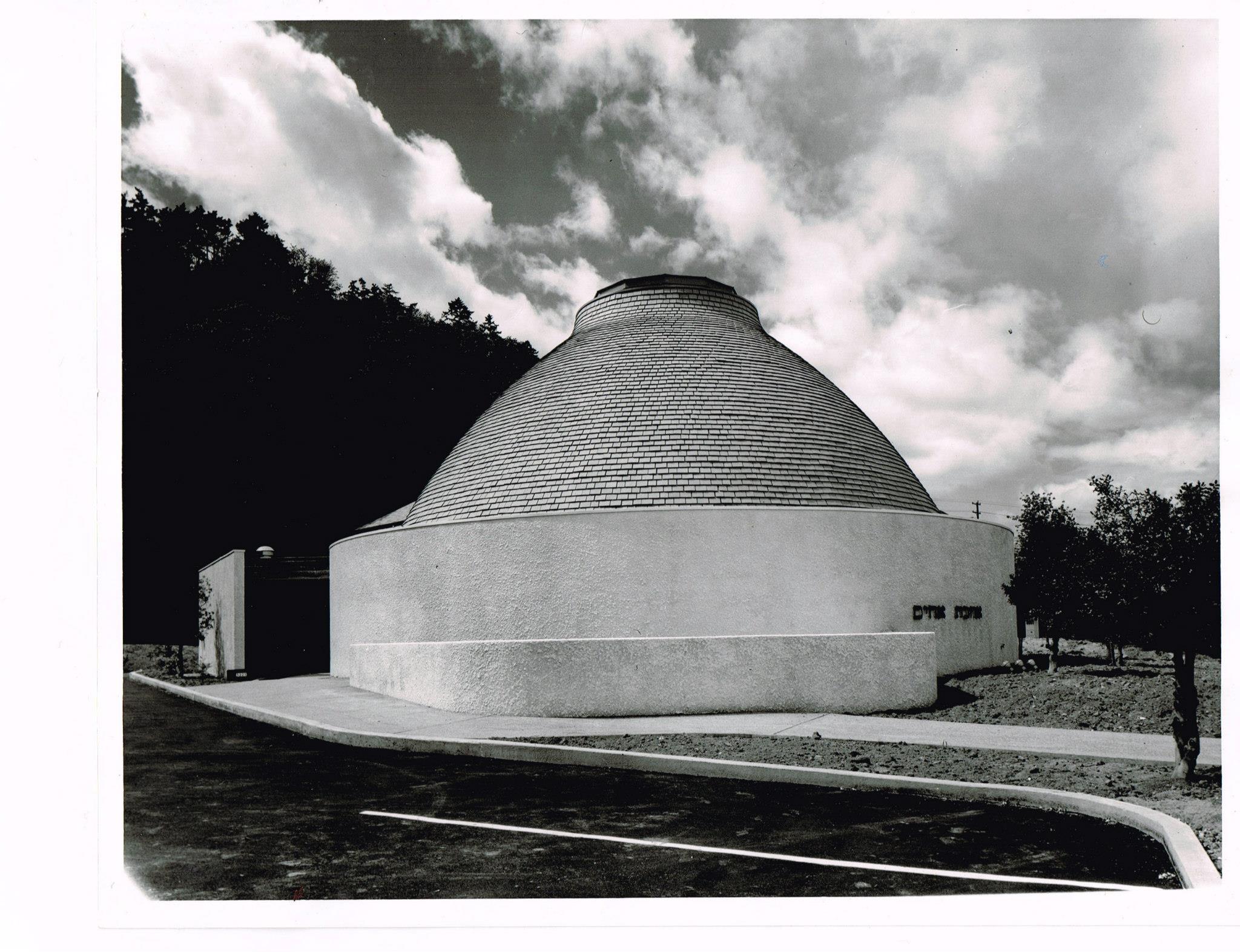 The distinct building was designed by John Storrs, the renowned architect behind the Oregon College of Art and Craft and Central Catholic High School. The unique dome design "also allowed for services to be conducted without amplifying speakers' voices, in keeping with Orthodox rules."

The idea of moving the synagogue is not new to the congregation.

With the announcement of the Southwest Corridor, which may include a light rail track on Barbur Boulevard, synagogue leaders have already started another location in nearby Hillsdale, which has a large Jewish community.

The Marquam Hill area has seen growth in the last decade, most notably the urban redevelopment of the South Waterfront and construction of the aerial tram, which blocks the synagogue's skylight, casting a noticeable shadow every few minutes.

The building is currently listed on the historical reserve, meaning demolition must be delayed for 120 days. However, the owner can remove the site from the reserve at any time.