Despite buzz in the press about cutely ubiquitous game craze Pokémon Go as a potential tool for thieves, the game has in some cases turned out to be helpful to law enforcement, causing the retrieval of both a gun in the Portland area and a body in Wisconsin.

Related: Two Brothers Were Looking for Pokémon in a Suburban Portland Field. They Found a Loaded Gun Instead.

But this is not the case in Silverton.

The city's safety has been compromised by Pokémon Go players, according to a release sent by the Silverton Fire District. It turns out two of the town's fire stations are also Pokéstops, and a large number of people have been parking their cars in front of firefighter engine bays—blocking fire trucks that would need to respond to emergencies.

Even in Portland—where fires have been plummeting for years— this would be far worse than parking next to a fire hydrant.

Related: Portland loves its firefighters—and that's allowed the fire bureau to become one of the most wasteful operations in the city.

But it's especially dangerous for Silverton, which is known for having a fierce wildfire season each year that not even a Blastoise could help. The Silverton wildfire of 1865 burned one million acres. In 2012, a fire burned more than half a million acres, killing people and many cows. Catching a Bulbasaur is simply not worth it.

Due to fire risk, burn restrictions in Silverton are currently in effect. 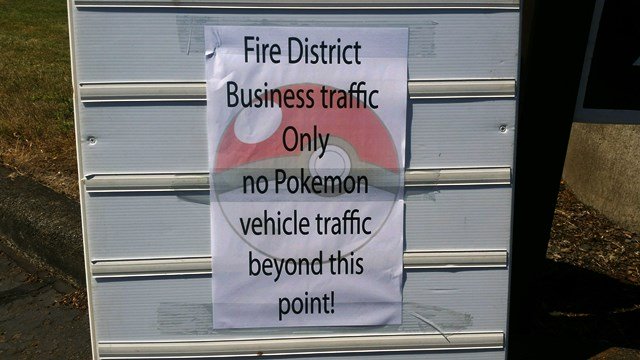 "We love the fact that people are getting out and taking part in activities, especially with friends and family and it appears that everyone who is involved in this game is having a great time," says Captain Ed Grambusch of the Silverton Fire District in a press release.

But he also expresses a bit of concern about all the excitement, and declares the need for rules.

Officials at the Fire District also say that the game has caused people to wander into the street and not pay attention to their surroundings.

"Since the inception of the game, we have seen five people who were almost struck by vehicles and three people who almost wandered into the ditch in front of the Silverton Station."

Related: A Beginner's Guide to Pokémon Go in Portland

For now, the Fire District hascreated a designated parking area across the street from the station in a "flat mowed grassy area." Please look both ways when crossing. 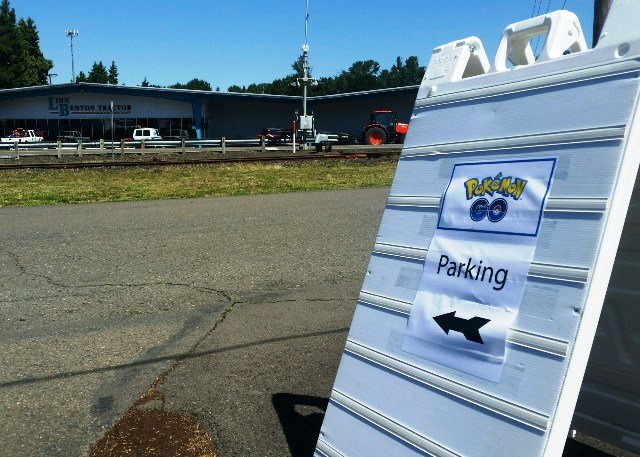