The economic recovery is well underway in Portland. But not for everybody.

A new data analysis from the Oregon Employment Department shows white people in the Portland metro area saw their wages rise six percent between 2010 and 2014, while the wages of other ethnic groups stayed flat.

Christian Kaylor, economic analyst with the Oregon Employment Department, also found that much of the economic growth in Portland has been in households making 100,000 a year or more—while the middle class, households making between $50,000 and $75,000 a year, actually shrunk by six percent during the recovery.

Low-income households, making less than $25,000 a year, grew by four percent during those four years. 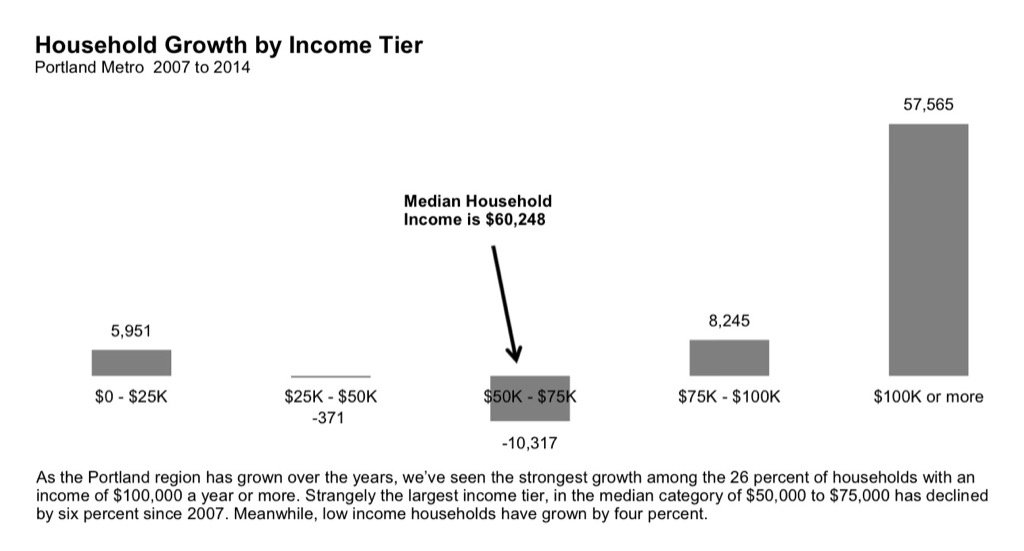 Kaylor's analysis shows an increasing wealth disparity between white people and other ethnic groups in Portland, along with a growing gap between the rich and the poor. 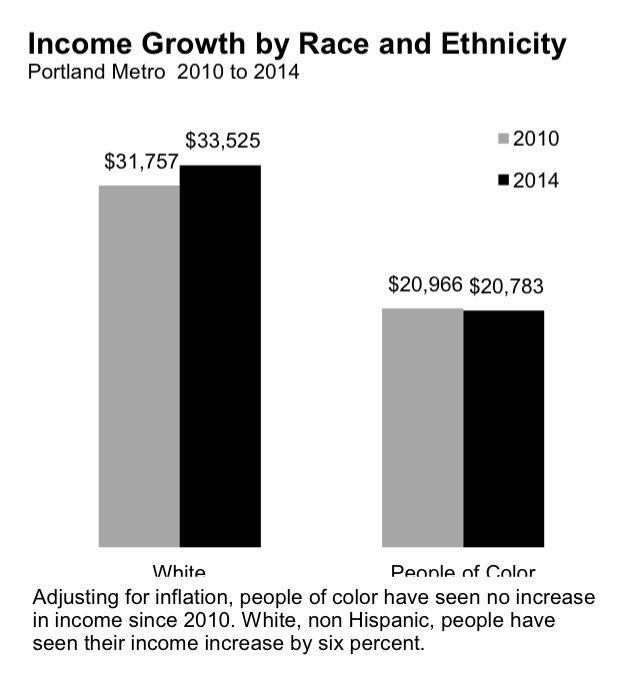 That gap is especially notable as Portland's housing crunch continues to price people out of the city. Previous reports have shown that lower wages for minorities mean there are few neighborhoods left in Portland where minority households can afford to rent a two-bedroom apartment.

"A median-income black household can't afford to rent anything bigger than a studio apartment outside the 122nd and Division neighborhood," Investigate West reported last fall.