A Harney County grand jury has returned an indictment for negligently wounding another against former Portland Police Chief Larry O'Dea, according to the Oregon Department of Justice.

Negligently wounding another is a Class B misdemeanor.

WW first reported in May that O'Dea had accidentally shot a friend while on an April trip to Harney County.

As the story unfolded, it turned out that O'Dea had told the Harney County deputy who responded to the shooting scene a different story from the story he subsequently told his boss, Mayor Charlie Hales.

The deputy wrote in his report that O'Dea and his friends had been sitting in a semi-circle, drinking and shooting at sage rats. According to the deputy's report, O'Dea said he did not know how his friend, Robert Dempsey, who was hurt badly enough to be life-flighted to a hospital, had been shot.

But when O'Dea, returned to Portland, he told Hales he had accidentally shot Dempsey.

The conflicting stories led to an Oregon Department of Justice investigation and to O'Dea's resignation in late June.

"This afternoon, the Portland Police Bureau was made aware of the grand jury indictment of former Chief Larry O'Dea. As there continues to be an ongoing internal investigation into the matter, the Bureau cannot offer any comment at this time."

O'Dea's attorney, Derek Ashton, says the indictment is an over-reach.

"That was a camping accident, not a crime," Ashton said in a statement. "Bob Dempsey did not want to press charges against his friend." 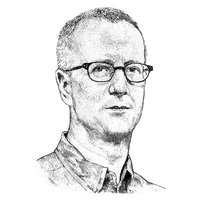