At 10 am today, hundreds of Portland students at numerous public schools took part in a nationwide Walkout to End Gun Violence.

The massive showing of solidarity was planned for exactly a month after one of the deadliest school shootings in U.S. history in Parkland, Fla.—where 17 people were killed at Marjory Stoneman Douglas High School.

Portland students at Roosevelt High School in North Portland, Lincoln in Southwest, Cleveland in Southeast, Franklin in Mt. Tabor and Sunset High in Beaverton were a few of thousands around the state, and nation, protesting for an end gun violence.

Many of the morning's demonstrations included sitting for 17 minutes in silence—one minute for every person shot in the Florida school shooting. At Lincoln High, where Mayor Ted Wheeler was present, 17 desks were situated with 17 roses on them.

POWERFUL... Portland Mayor @tedwheeler watches hundreds of Lincoln High School students sit in complete silence for 17 minutes in front of 17 empty desks with roses on them for #NationalWalkoutDay #LiveOnK2 pic.twitter.com/gdjZkNWWb0

"You have not let us get away with thoughts and prayers alone," the mayor said in a statement encouraging the walkout yesterday. "You will no longer be silent as your peers die and adults elected to protect you do nothing. You are standing up for what you believe in and holding adults accountable."

Many students wielded hand-drawn posters displaying messages like, "Enough is enough," "Guns are for war, children are for the future," and "Gun violence will not be our new normal," with the goal of motivating Congress to pass gun safety legislation.

"We are not safe at school," the national event description reads. "We are not safe in our cities and towns. We want Congress to pay attention and take note: many of us will vote this November and many others will join in 2020."

Take a look at some of the images at Benson Polytechnic High School this morning. 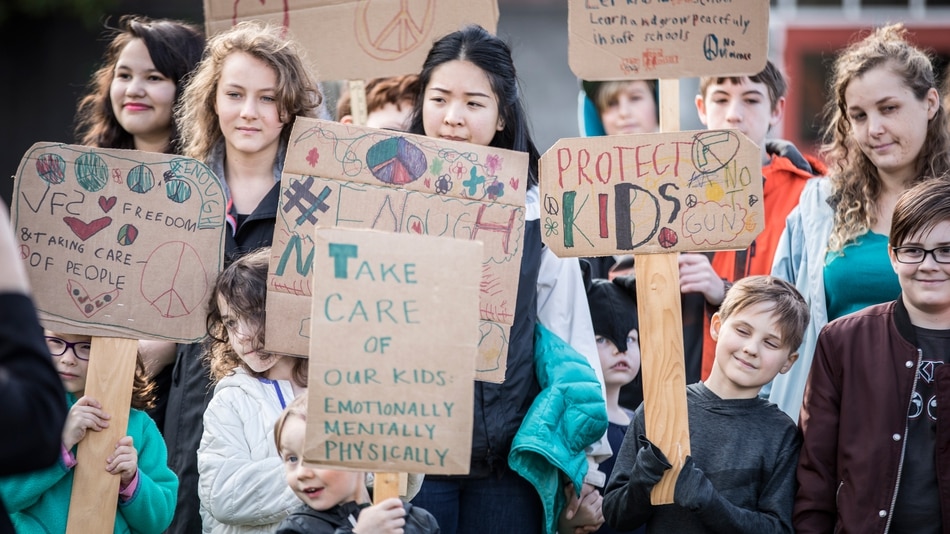 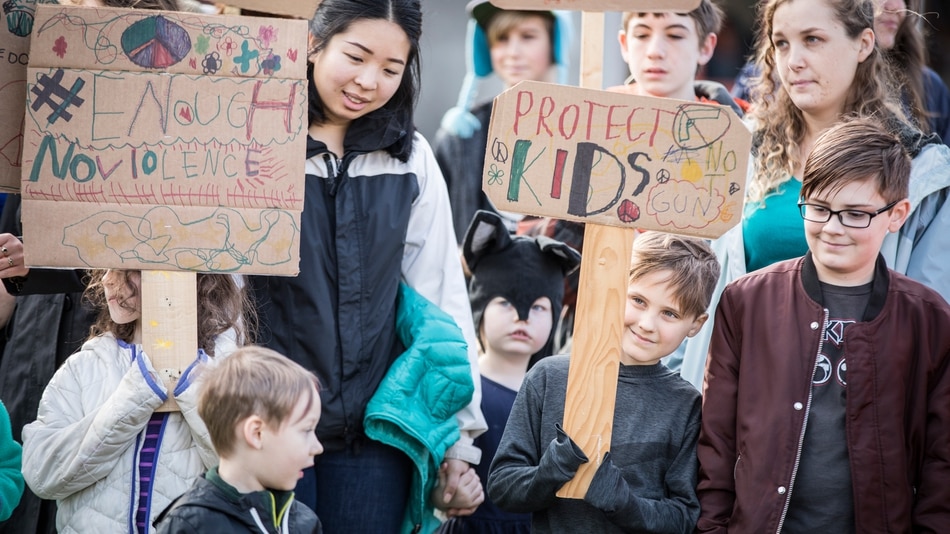 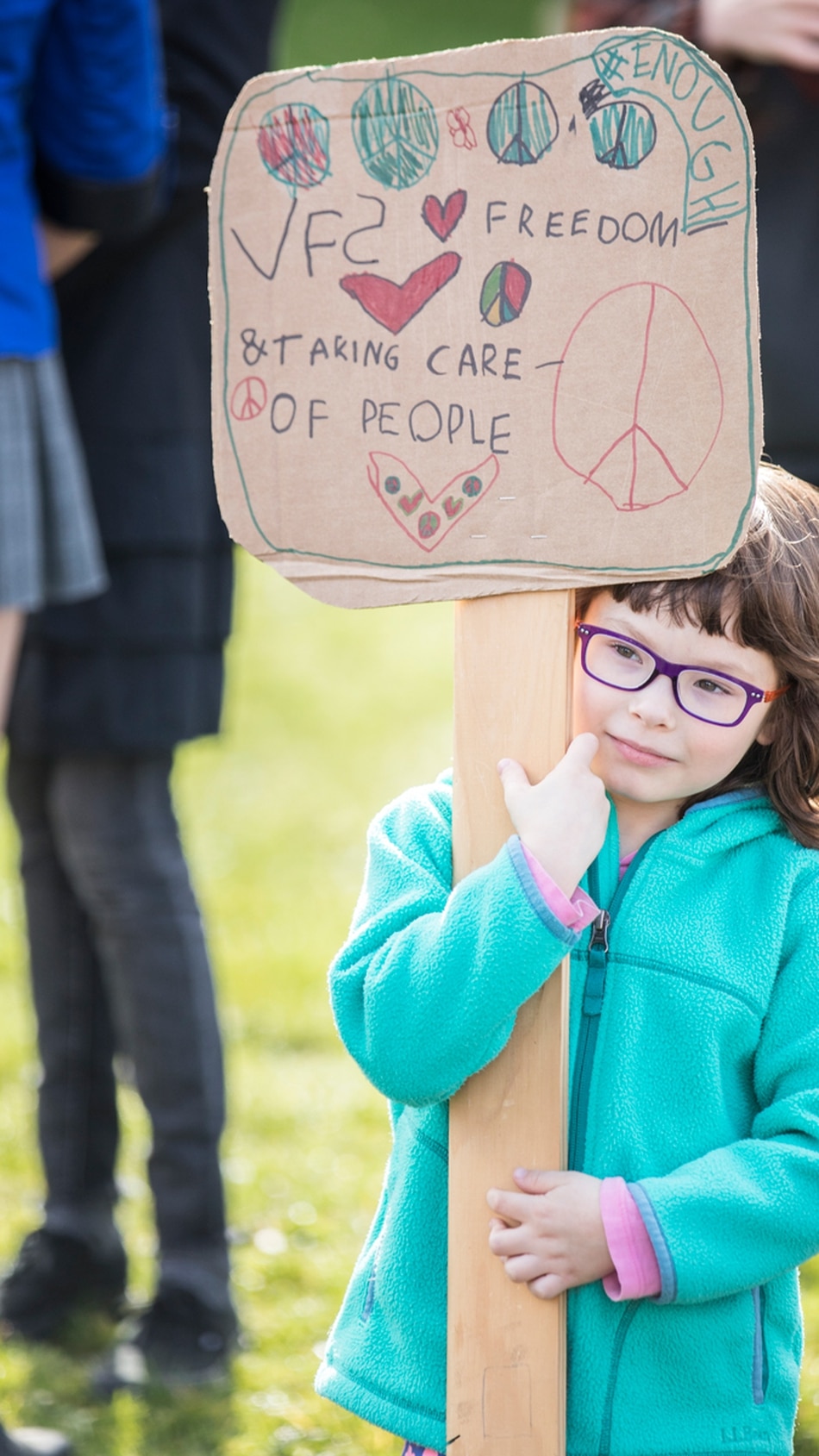 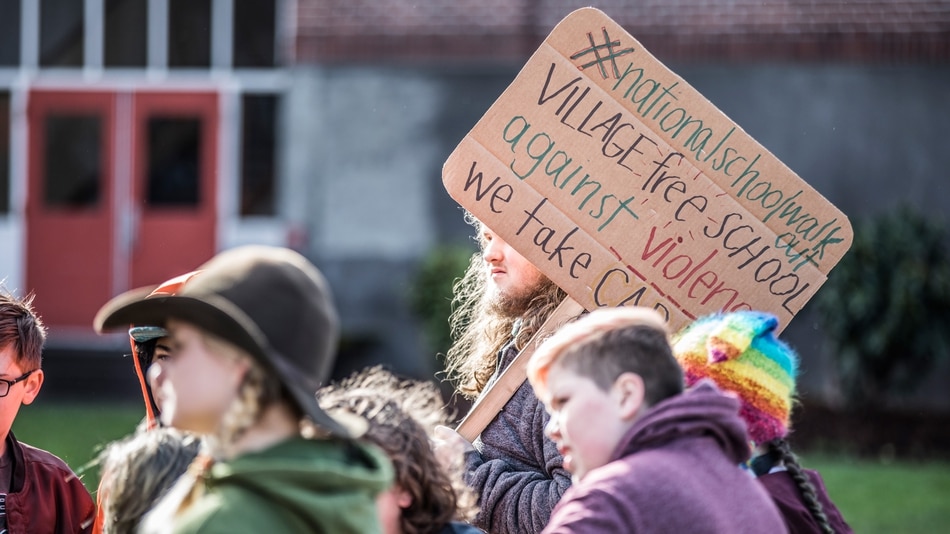 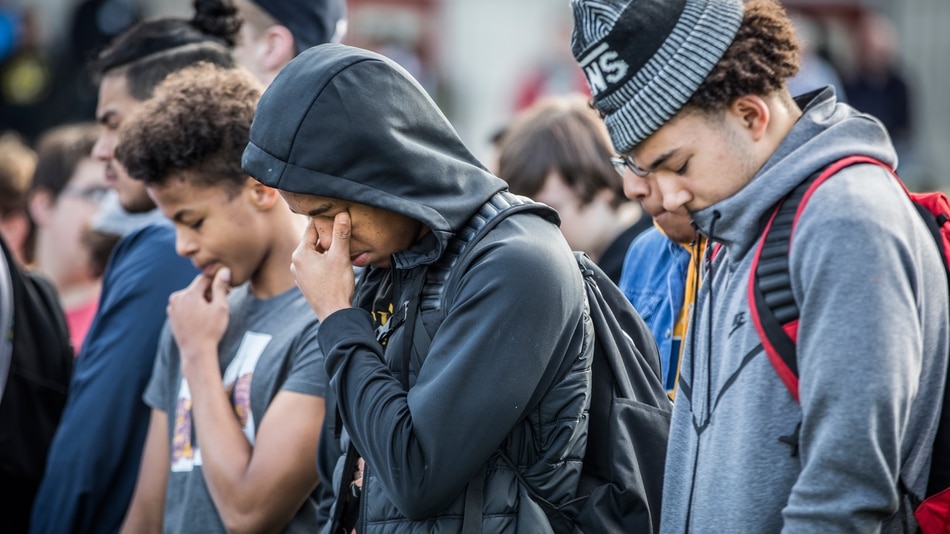 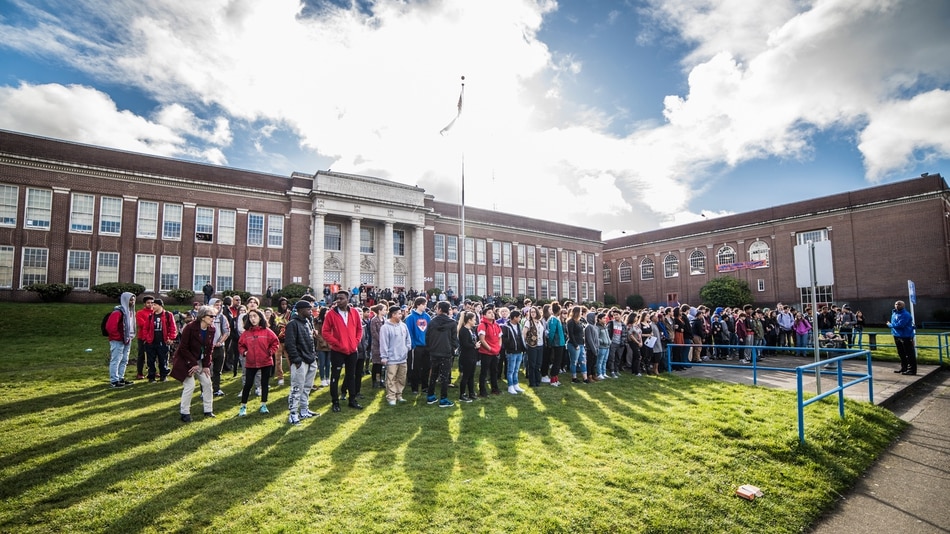 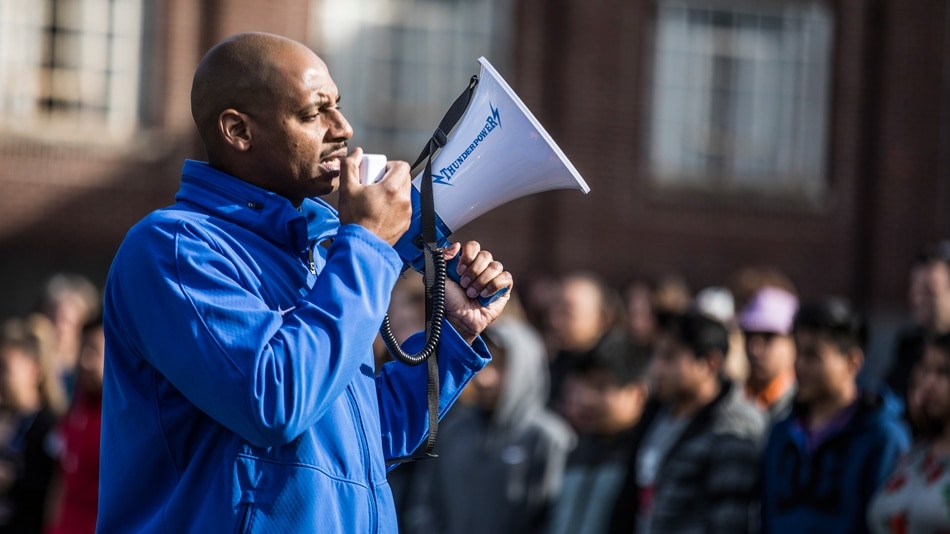 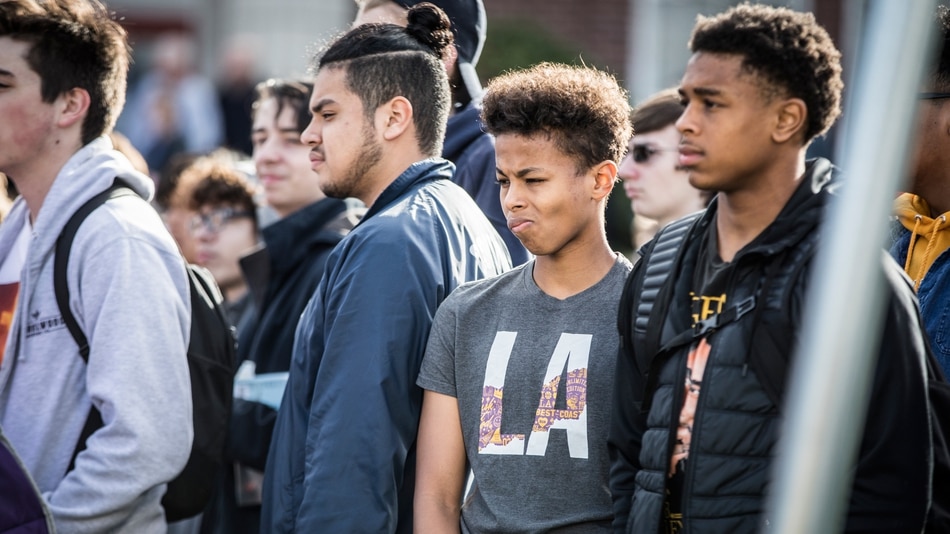 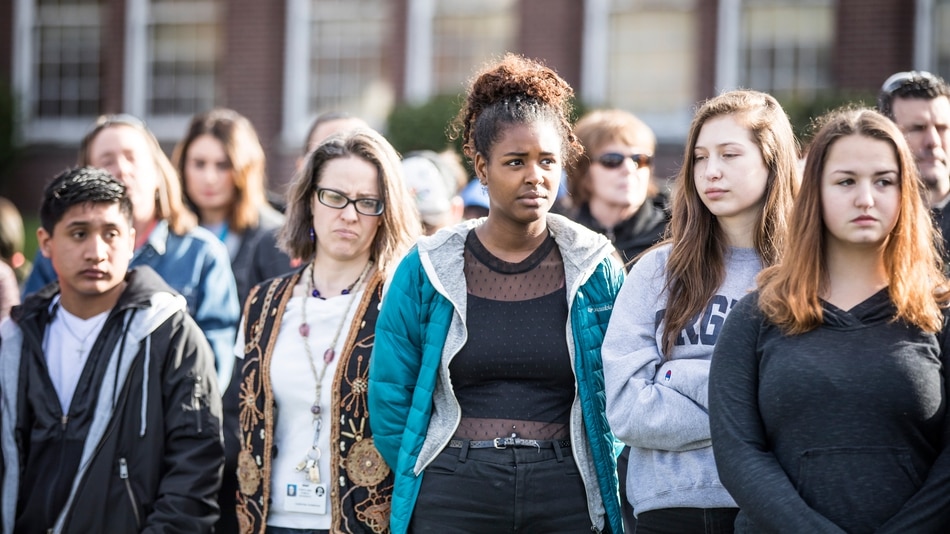 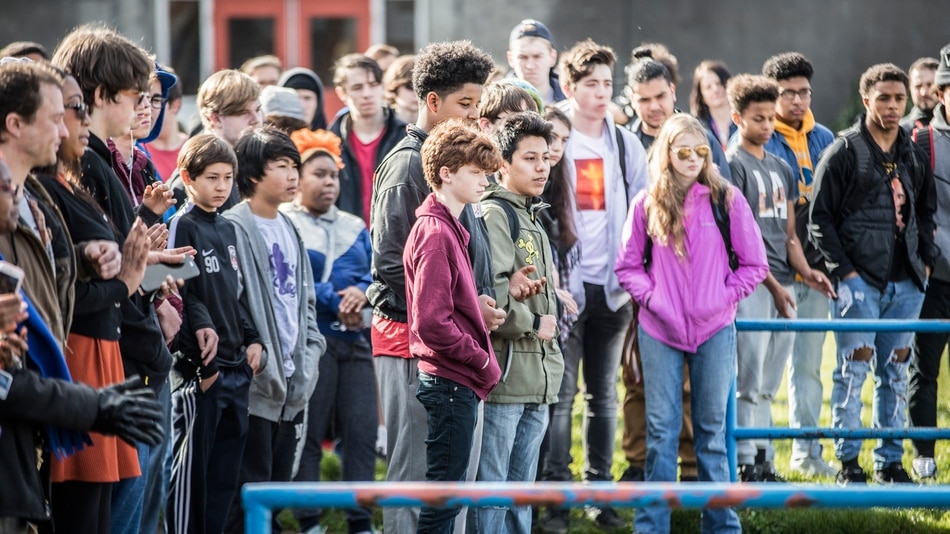 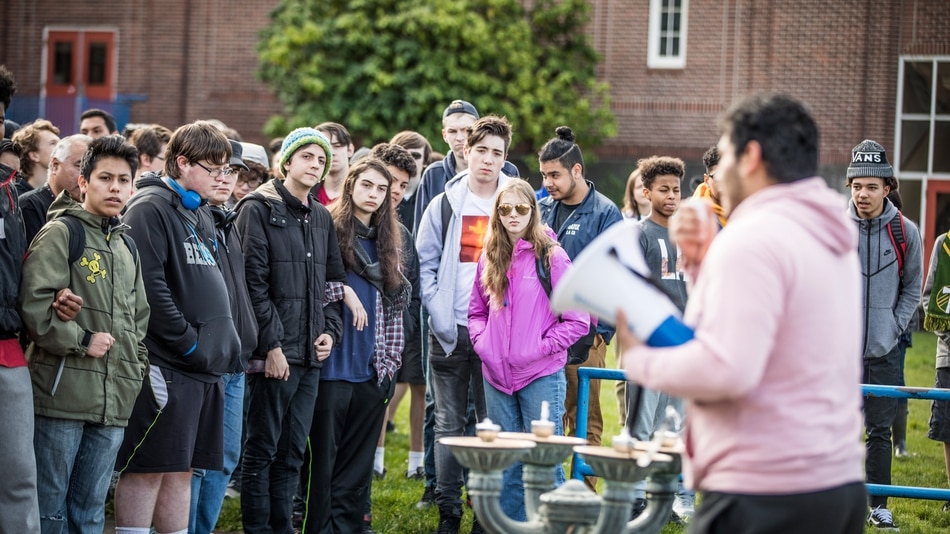 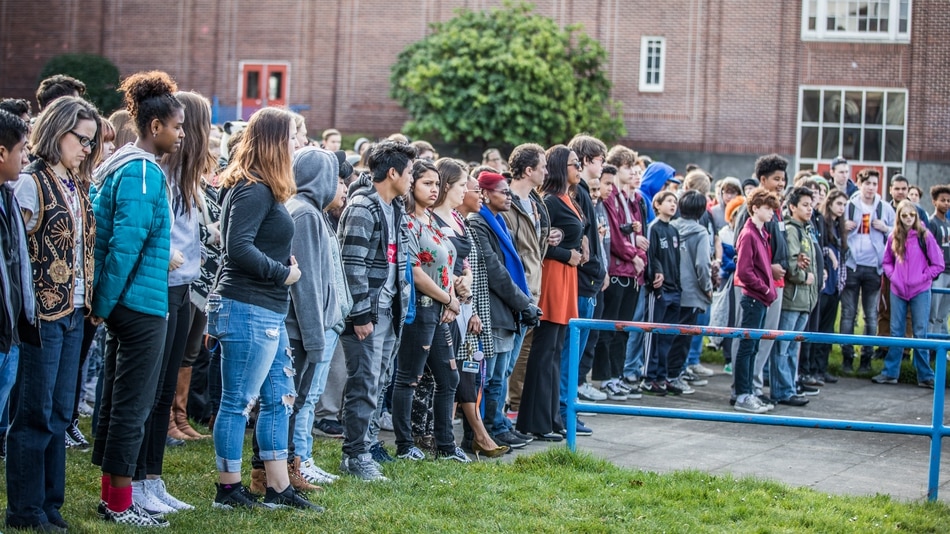 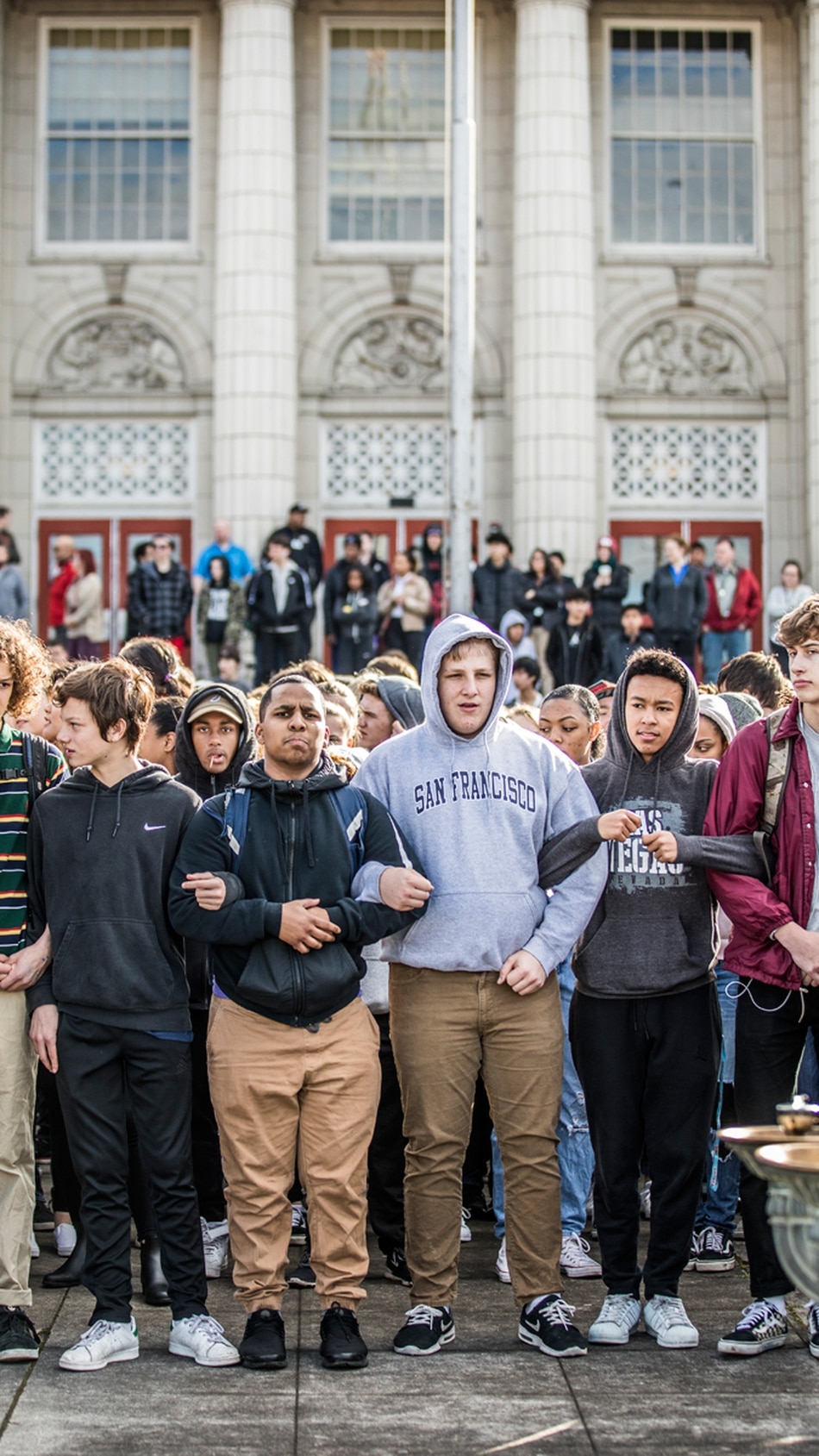 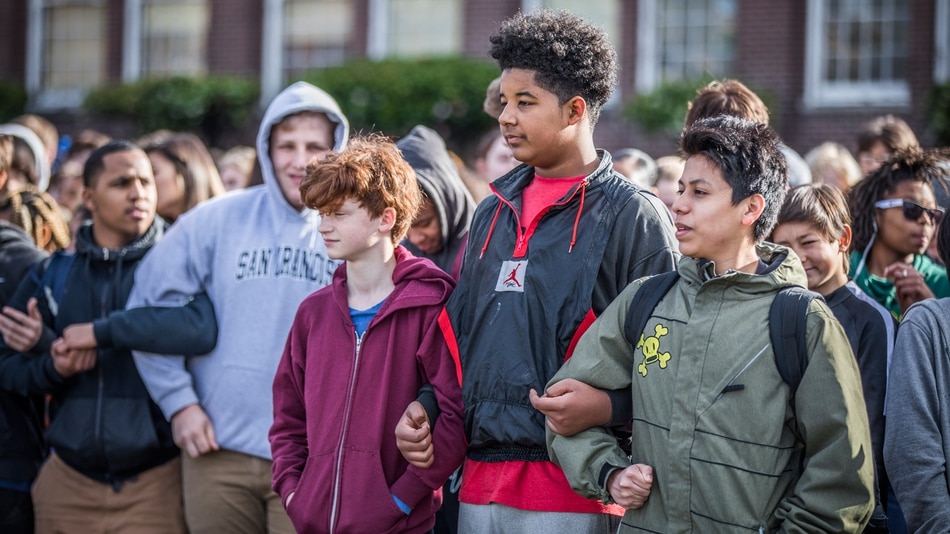 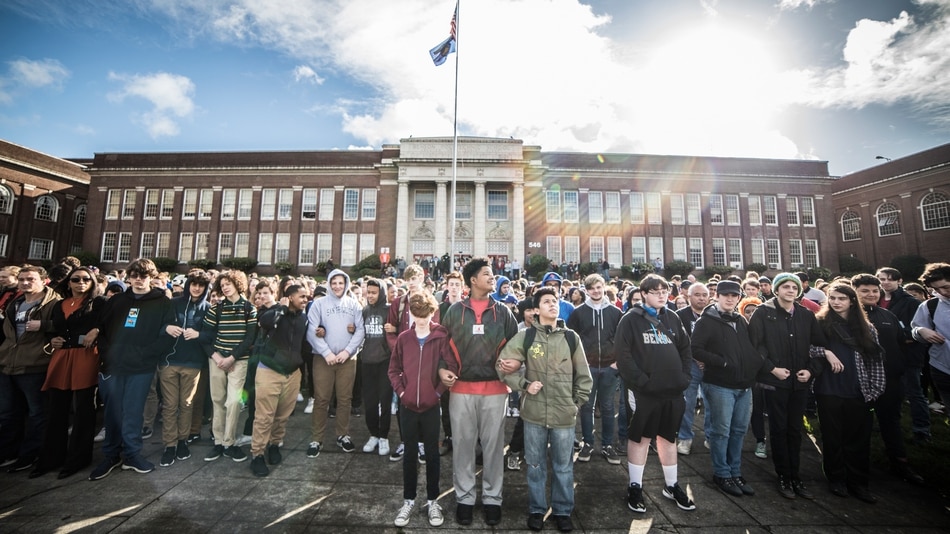 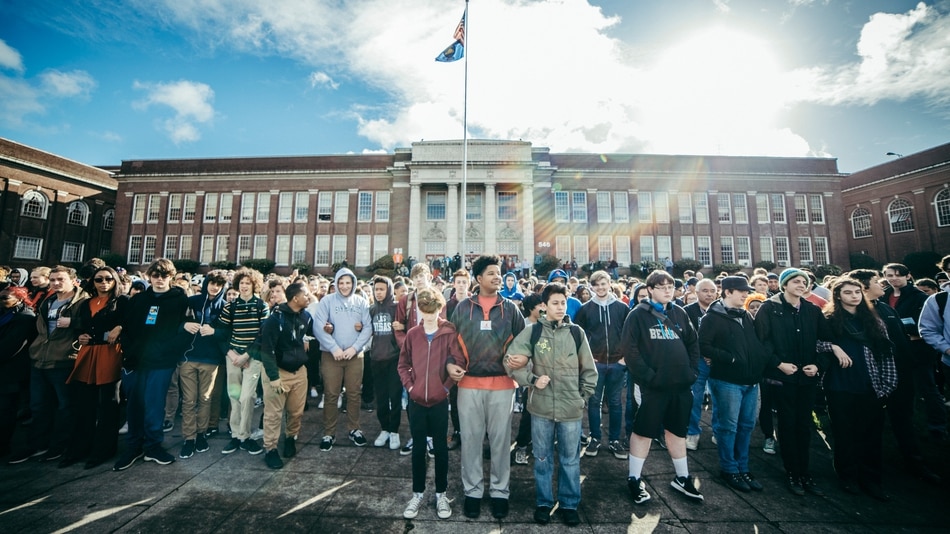 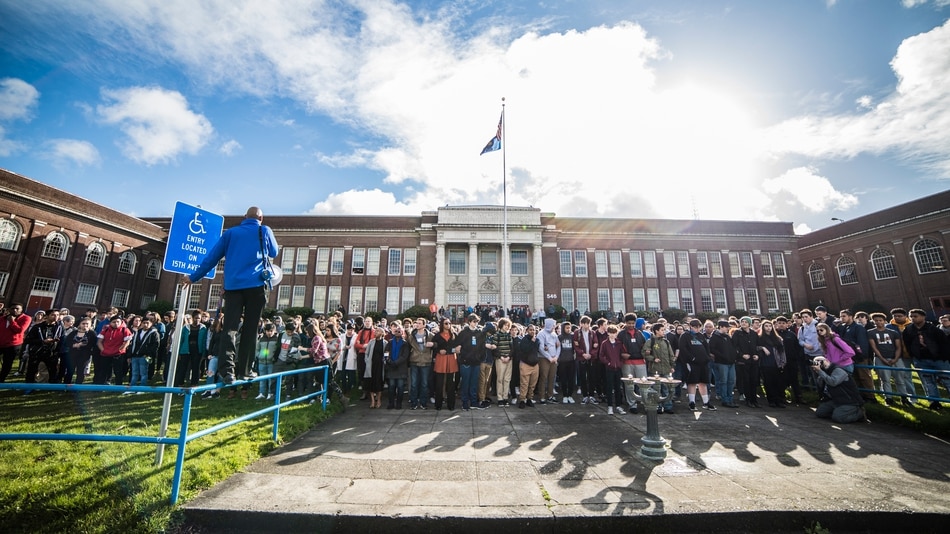