As the May 15 primary election approaches, one of the chores for candidates is filling out questionnaires from various groups: unions, professional associations and special interests such as reproductive rights groups and the National Rifle Association.

Fagan, a civil rights lawyer and progressive Democrat, is running to the left of incumbent state Sen. Rod Monroe (D-Portland) in an attempt to unseat Monroe a longtime incumbent and a more moderate politician. (A third candidate in the race, nonprofit leader Kayse Jama, is also running to Monroe's left.)

The post went viral today and has now generated 340 comments, most from people who won't be putting Fagan signs in their lawns. 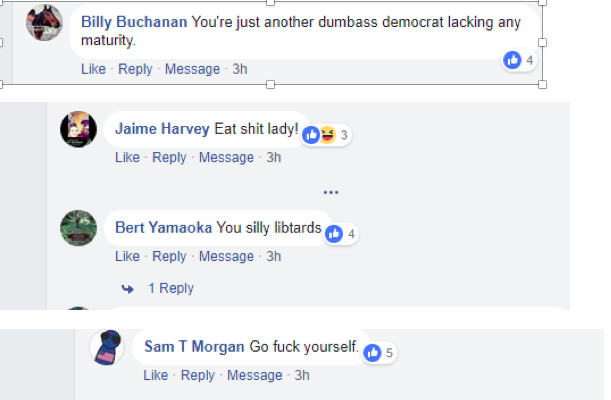 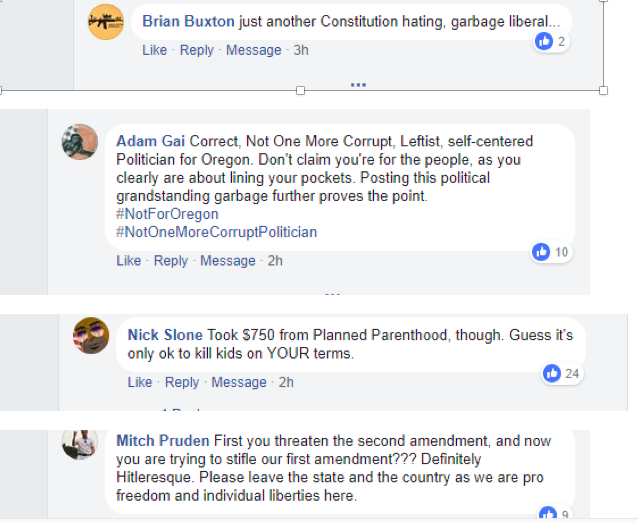 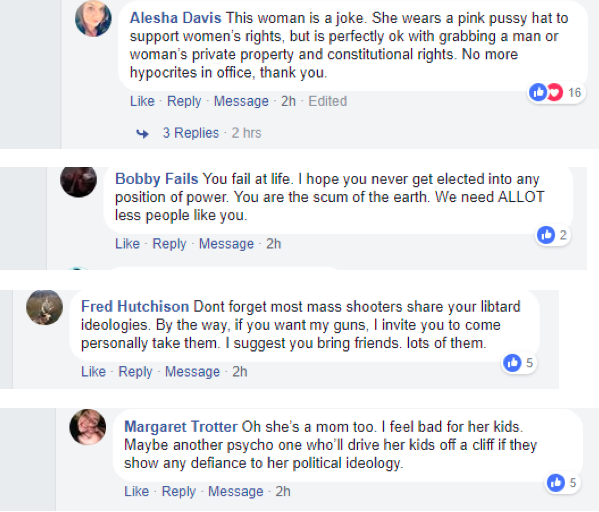 "These intimidation tactics are what women face constantly when we stand up for what we believe in," she says. "The NRA and the bullies who support their agenda are no match for moms like me who are determined to keep schools and families safe."