A traveling group of Filipino political activists and community organizers demonstrated in Portland on Friday against extrajudicial killings happening in the Philippines.

Since Philippine President Rodrigo Duterte was elected on an anti-drug platform, police have shot thousands of people suspected of using and dealing drugs in alleyways without question.

President Donald Trump has commended Duterte for his “war on drugs” and “war on terror” even after the Philippine President likened himself to Hitler and said that he would be “happy to slaughter” three million drug addicts just as Hitler massacred three million Jews.

The campaign, organized by the International Coalition for Human Rights in the Philippines (ICHRP) and the Malaya Movement (Malaya means “free” in the Filipino native language), aims to stop these extrajudicial killings.

Organizers, who were joined by Portland Filipino activists, say U.S. funding of the Philippine military must end.

"We are exposing the atrocities of the Philippine and U.S. government, especially because the U.S. is intervening in terms of funding our military forces and Philippine national police," Fritzi Magbanua, one of the guest speakers at the rally, told WW. "The U.S. is funding us with weapons such as drones and guns, and we don't need that."

The campaign caravan began on the East Coast and has traveled to Seattle, Portland and San Francisco. Not joining them: One of the scheduled speakers, Jerome Aba.

Aba was denied entry to the United States last week after being detained and interrogated for 28 hours in San Francisco International Airport.

"We are here to also seek justice for Jerome, who was detained because he is a Muslim," Magbanua says.

The organizers did get a letter of support from a powerful ally. With his seat in the U.S. Senate Committee for Foreign Affairs, U.S. Sen. Jeff Merkley (D-Ore.) has met with Filipino organizers about policy changes and appeals.

Jagjit Nagra, a field representative from Merkley's office, gave the following statement on behalf of the senator:

Thank you all for coming out today to stand out for an important cause. The International Coalition for Human Rights in the Philippines does important work supporting peace and justice in rejecting the terror and human rights abuses that Philippine President Duterte has perpetrated against his own people. As you know I have previously joined my Senate colleagues in demanding that President Duterte stop his violence and anti-drug campaign of murder and adopted comprehensive approach to drug addiction that centers on treatment instead of vigilantism. Using my seat on the senate foreign relations committee, I will continue to press President Duterte on his human rights record and call on him to end his campaign of extrajudicial killings across the board. I know this is a frightening time. I will continue to work with my colleagues in demanding that the Trump administration join us in condemning instead of rewarding President Duterte's human rights abuses and violations. Thank you for all that you do. I look forward to working with you in the future as well. 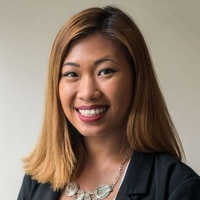 Rachel Ramirez is a student at the University of Portland. She calls the Marianas Islands her home and moved to Portland to get a degree in communications with a focus on journalism.