Portland has plenty of boutique public transit options: This is a town where you can take a streetcar to the aerial tram. But one thing we don't have? A funicular.

That could soon change.

TriMet is considering plans to build a funicular—that's an inclined elevator—as a way to connect the proposed Southwest Corridor MAX line with Oregon Health and Sciences University. The funicular would run from Southwest Barbur Boulevard up the side of Marquam Hill.

None of the three options has been selected yet, but drawings of what the funicular could look like were presented to the public at a TriMet steering committee meeting on April 10.

As the Tribune reports, some nearby residents opposed a funicular, on the grounds that it would cut away vegetation near Terwilliger Parkway.

The projected cost for the sleek, sloped elevators is between $35 million and $45 million, and would likely include a user fee to pay for attendants. The funicular would cost slightly less than that of an elevator and pedestrian tunnel, but more than the price of an elevator and bridge.

Design examples of other funiculars exist around the world: in Slovenia; Edmonton, Alberta; Deer Park, Utah; and Paris.

Based on TriMet's sketches, Portland's would take passengers on a scenic glide up a wooded hill to Terwilliger Boulevard, taking in Southwest Portland's skyline below. Basically, we're talking The Grand Budapest Hotel, with a view of Big Pink.

This is all fairly speculative, if fun. The 12-mile-long Southwest Corridor MAX line, which would connect downtown Portland to Tualatin, hasn't yet been funded—and its cost is estimated at $2.6 billion. Regional planning agency Metro may ask voters in November 2020 to approve an increase in property taxes, partly to fund the light-rail line.

Only then could funicular fever begin in earnest.

In the meantime, here's a preview of what Portland's funicular could look like: 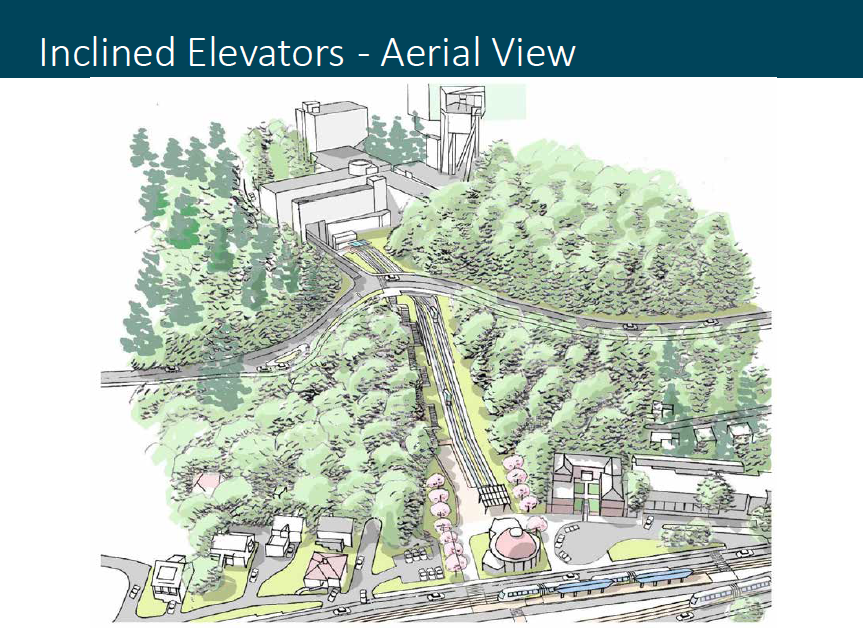 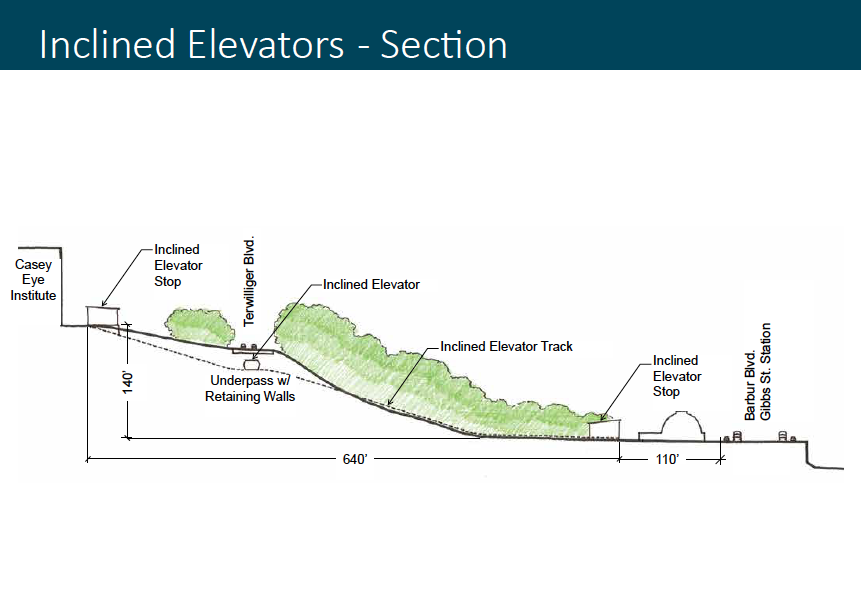 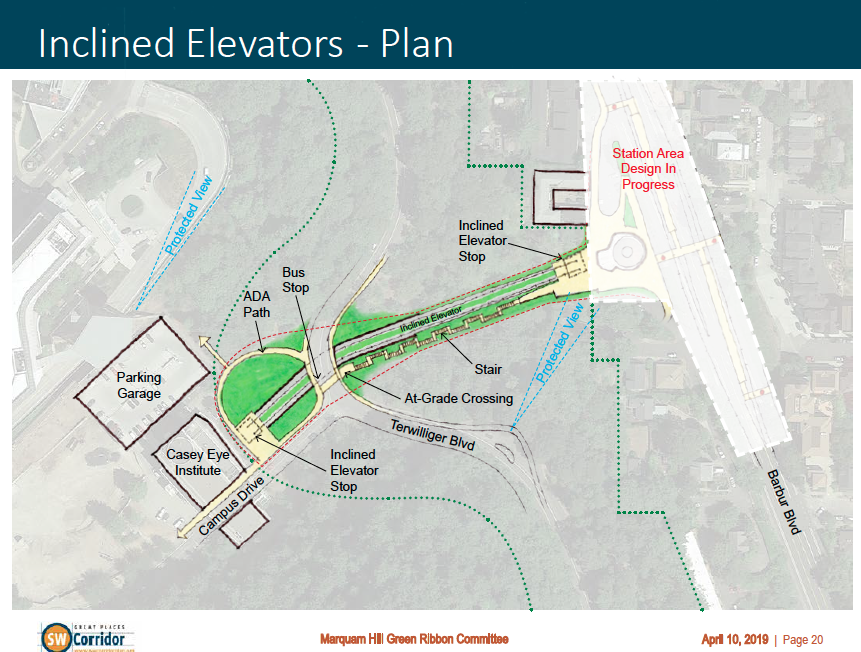