On July 16, City Commissioner Dan Ryan released a list of 75 possible properties where Portland officials might erect “safe rest sites” where unhoused people could camp tucked away off the streets. Ryan asked all city bureaus that own land to identify lots in all six quadrants of the city that might be viable for such sites.

As might be expected from such a grab bag, the options vary widely—and Ryan’s office pledges it will swiftly eliminate many of the ideas from consideration. “Some of these properties will not be suitable for Safe Rest Villages, and we are still connecting with jurisdictional partners to identify additional properties that may be more ideal,” spokesperson Margaux Weeke said. “[Our] top considerations are square footage, utility hookups, access to transit, environmental impact, and duration of availability.”

Removing sites won’t be difficult. What stands out most from the list—second, perhaps, only to the lack of locations in upscale inner eastside neighborhoods—is how few of these sites, in their current state, seem like they could be transformed into safe rest sites by the end of the year. They may be tomorrow’s Band-Aid for the housing crisis, but what they are today is reason for pause. We visited five of those locations in North Portland, each of which shares the drawbacks of multiple other locales.

Yes, this is a working garden: green, vibrant and busy. The garden gently slopes downward and is filled with rows of planter boxes of tomatoes, sunflowers and lettuce. Two massive zucchini sit on the sole wooden table on the lot. It’s surrounded by a fence, overlooks North Columbia Boulevard, and borders apple trees on one side. It’s owned by the Bureau of Environmental Services and is one of three community gardens on the list.

This is, quite literally, a mileslong strip of land sandwiched between residential homes on one side and the busy North Columbia Boulevard on the other, at the industrial edge of the city. The strip is grassy underfoot and dotted with clusters of trees. A few tents are already tucked underneath the groves. A walking path meanders through the center of the roughly 50-foot wide strip. The city has identified three separate stretches of the strip that could be potential sites. It’s also placed over a major sewage line, so it’s owned by the Bureau of Environmental Services.

A partially overgrown gravel lot in the Eliot neighborhood, it’s one of about 10 gravel lots or parking lots on the list. Trees and shrubbery encroach on the gravel parking lot on one side. It’s a mere hundred feet away from crisscrossing Interstate 5, I-405 and Highway 30 overpasses and echoes with the roar of cars whooshing by. A few car campers are already staked out on the lot, and one grassy portion is covered with purple sweet pea flowers. It measures 13,500 square feet and is surrounded by apartments, businesses and industrial buildings. It, too, is owned by the Bureau of Environmental Services.

The lot adjacent to busy North Willamette Boulevard lies near the Willamette River in the St. Johns neighborhood and is tucked between houses on three sides. About three-quarters is fenced. Two huge water tanks tower over the small, rectangular lot. Around the taller, thinner tank, called a standpipe, a spiral staircase winds to the top. The more massive tank stilts on 11 trunklike legs. Both structures would have to be taken down, a project that would cost the Water Bureau at least $200,000.

Two grassy lots, each one acre, sit next to a fallow railroad and industrial buildings. One of the lots is surrounded by a tall fence with barbed wire at the top. It consists mostly of overgrown fennel bushes, grass and weeds. It overlooks the Willamette River, and the view of Forest Park offers a bit of romance. Less idyllic: It sits adjacent to an underground sewage well so large that the Portland Building could fit inside. “In places where it’s too flat or sewage needs to go uphill, pump stations push the sewage up so that gravity can take over again,” explains BES, which owns the pump station and four others on the list. The only sign of what lies beneath this site? An unsightly square of concrete. Still, it’s hard to imagine the city suggesting this as housing, any more than a community garden. 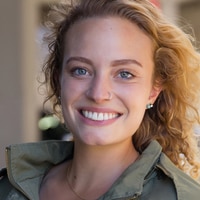