December Is Now the Wettest Month in Portland History

Cope with the darkness by printing off your own rain sign.

It has now been raining for 21 days. That means every single day of December has had at least some rainfall. We've had floods, sadness, wet feet–the Oregon winter works.

Now, the National Weather Service is reporting that as of this morning at 6:53 am, "the all-time greatest monthly rainfall record for Portland, Oregon, was broken" when rainfall at Portland International Airport reached 13.52 inches. Before that, the wettest month on record, since records have been kept at the airport, was December 1996, when the rainfall reached 13.35 inches. Since we still have 10 more wet December days to go, it's likely that record won't just be broken, it'll be dramatically shattered.

(Update: In December 1882, 20.14 inches of rain were recorded in downtown Portland. The latest figure of 13.52 inches is the wettest month since records have been kept at PDX.)

To keep track of where we are in this deep darkness, we've decided to make our own sign. Print one for yourself and laminate it. It makes a perfect Christmas gift for your favorite Oregonian. 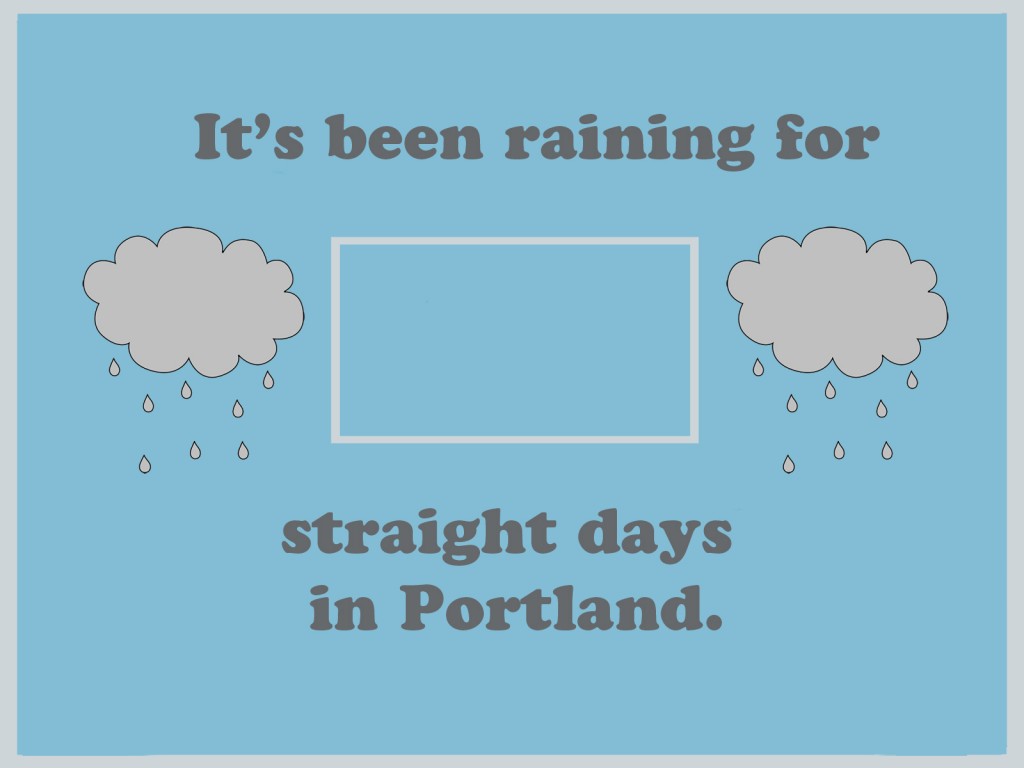