Our favorite secret spots between Astoria and Florence.

You don't need anyone's help finding the beach at Seaside or Cannon Beach. But at these lesser-known spots, you can find have some of the most beuatiful parts of the shoreline almost to yourself.

Yes, everything is named for the devil out here, whether Cauldron or Punchbowl or Basin or Churn. Everybody knows Devils Punchbowl—an impossible, hollowed waterfall basin that looks like it was designed by Alfonso Cuarón. But the Churn brings you closer to what death feels like from the inside. It's accessible only through an obscure turnoff at milepost 166.5 just south of Cape Perpetua, with a tiny parking lot home to a coffee window and the Restless Waters trailhead.

After about 100 feet, abandon the trail loop to take the first path to the right to switchback stairs leading down to a "lookout," which is a perch 6 feet above the sea—a craggy spur marred by a gash of angry ocean whose waves enter from the vastness to break and rebreak against sharp rock. The Churn is the ocean's mosh pit, the malevolence and beauty of nature made visible: It is the most Kardashian of beaches.

Once a beachcomber's secret, Short Sand has become host to swarms of surfers seeking some of the coast's best waves, and wispy beach people attracted, mothlike, to parking lots.There are now three parking lots. It's like Dog fucking Mountain.

But if you would like a more peaceful 1.4-mile hike to the lovely beach beyond it, continue south on U.S. Route 101, past the gathering scrum of Subarus and hair bleach, to the Devil's Cauldron overlook.

Do something you would never do at other overlooks: Go over the edge.

Related: The Best Hikes on the Northern Oregon Coast

There are steps behind the railing on the right, and a trail that leads either closer to a yawning cliff's edge, or off to the right, along the Elk Flats Trail. Bushwhack along the ridge line until you're able to descend a blissful canyon to the far southern edge of Short Sand. 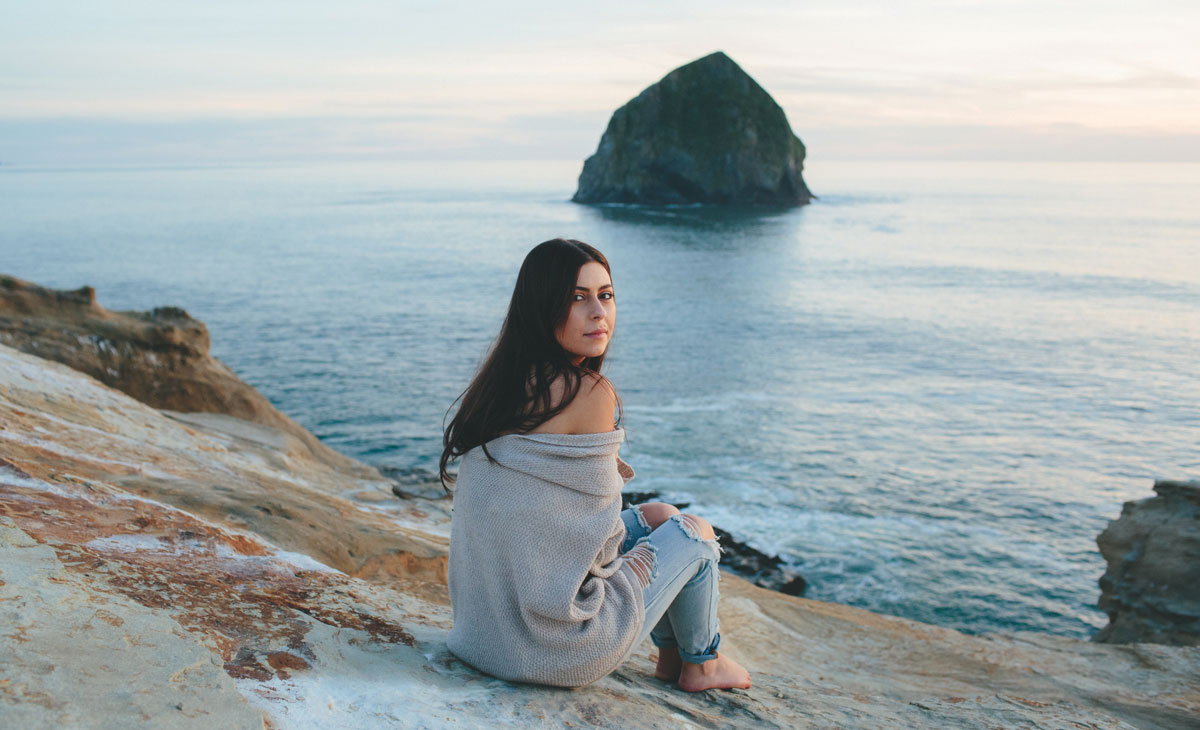 Pacific City would be beautiful if you weren't allowed to park your car on the beach like the worst human being alive. Now it's basically a Green Bay Packers tailgate party.

Related: What I Learned When I Left Portland and Moved to Astoria

But as with all things in life, pain will be your salvation. Walk up the dune towering above it—six stories of sand at a grade that will test your calves and lungs.

Reach its crest—sweaty, barefoot, panting—and discover a backside howling with wind and spume, with a right spur leading down to a rocky hollow perilously close to pounding surf and spray.

On the left spur, you can walk to a wire fence with signs importuning you not to go beyond it, and a little lookout point. Past it, there's a hollow that is essentially a gargantuan, acre-big tide pool and a sea cave swallowed twice a day by the sea. We cannot in good conscience recommend you skirt this fence…but we have done so.

When finished here, sprint back downhill at full speed. It is the purest joy we know. 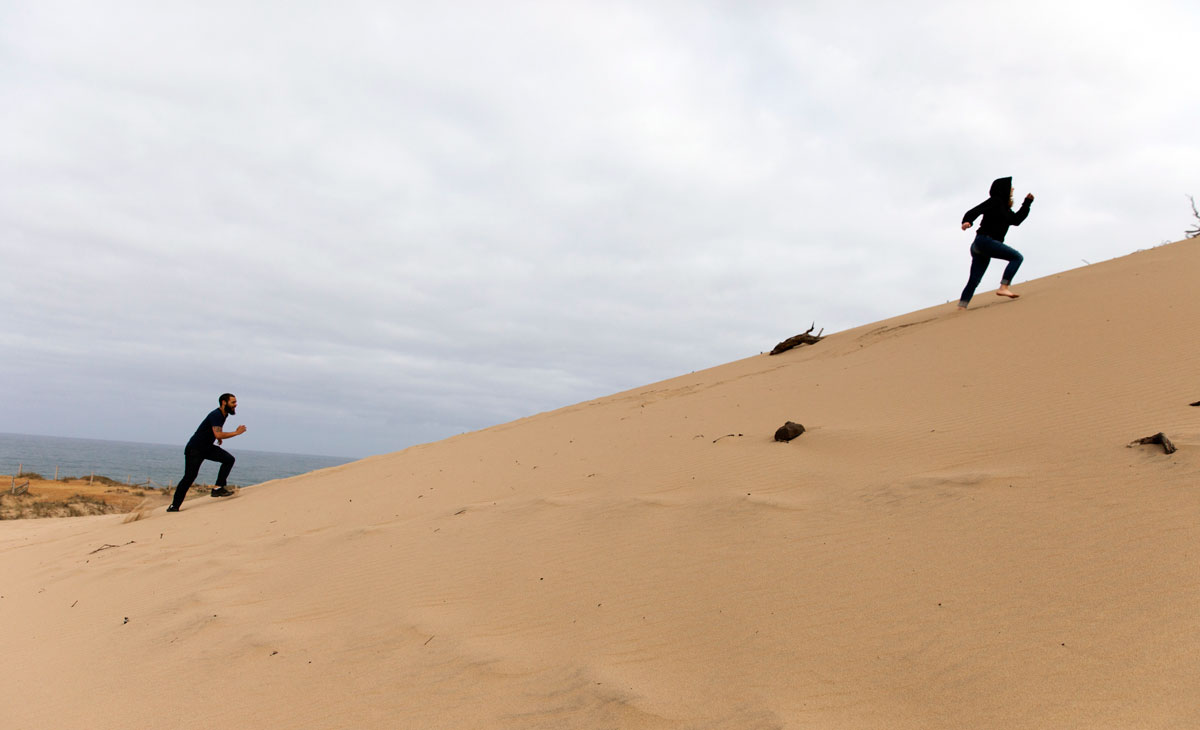 Cape Lookout Road is quite possibly my favorite road in Oregon—not to mention one of the most frightening, a mess of switchbacks, potholes, blind corners, bicyclists and sudden dips that send your car airborne like the outlaws of Hazzard County. I drive way too fast on it, and will someday regret it.

But as you drive north on Netarts Oceanside Highway en route to Netarts Bay—where you can stop at Nevør Shellfish Farm and pluck an oyster pretty much right out of the ocean—you will suddenly find a beach where there should never be a beach, on both sides of the road. There is no ocean in view, and there are forested hills on both sides, and yet for miles there is nothing but scrub and sand, a postdiluvian desertscape.

Related: The Best 10 Clam Chowders on the Northern Oregon Coast

From a mile away, we watched a jeep drive into the sand, headed for Ishtar. It is a punch line to a joke told by nature itself. 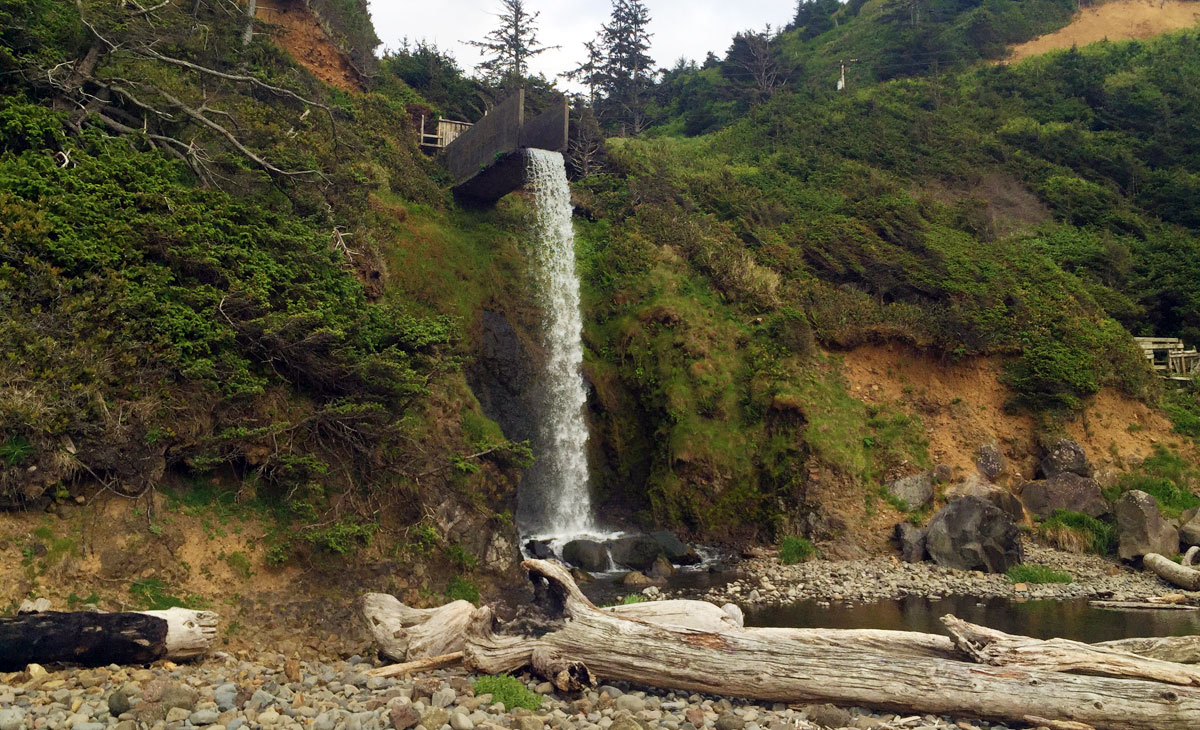 Cape Kiwanda is a magical place, home not just to oysters but wonders. The coastline beneath the high rocks of Oceanside is perforated by a succession of pocket beaches—most of which are difficult to access.

Just south of Oceanside, take the twisting uphill Cape Meares Loop until you hit a spot where the ocean comes back into view.

Pull over at a gravel turnout, and descend homemade-looking wooden steps to a rocky, sandy shore. There are sweeping vistas, a massive rock rising from the surf topped by a solitary gnarled tree, and a goddamn 50-foot waterfall. At Short Beach, the world declares itself worth the effort. Propose marriage here, or contemplate life's tragic beauty.