He is the Butters, and he pays for the trees.

Three sequoias on an Eastmoreland lot appear to have been saved from developer chainsaws—thanks in part to cash from Matt Stone, the co-creator of South Park.

Arthur Bradford, one of the Eastmoreland residents battling to save the huge redwoods, says developer Vic Remmers has agreed to turn the lot at Southeast 36th Avenue and Martins Street into a public space after a payment from donors including Stone, who voices the cartoon characters Kenny, Kyle and Butters.

Bradford, who wrote about the trees last month for WW, directed a documentary about the filming of a South Park episode. He won't say how much Stone chipped in, but says Remmers lowered his price from $900,000.

"There's a lot of fine print," McCullough says, adding that, so far, "I think it's a fair deal."

Dave Walters, a local activist living in one of the trees, has not yet descended.

Jessie Sponberg, another of the activists, asked the crowd not to celebrate prematurely.

"Dave [Walters] is not coming down from the tree until we see a piece of paper with two signatures on it," Sponberg says.

Acticist Beth Borgen said that Walters, who has been up in one of the sequoias since Tuesday afternoon, has the supplies he needs to stay another night.

"These are long lived trees," McCullough says, adding that if it came down to him sitting in front of the trees in his lawn chair, he'd do it.

Photos from the scene: 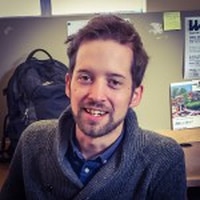 When he’s not busy neglecting his section’s marijuana plant, News writer Coby Hutzler writes about whatever he can, including the environment and energy. After working as News editor at the Portland State Vanguard, Coby moved to Baker City, Ore. for a Charles Snowden internship at the Baker City Herald. He’s at WW after spending a year “finding himself.”