It's officially fall—and for some that means getting into the autumn spirit with cozy sweaters, pumpkin-flavored items, and apple-filled everything. But here in the Pacific Northwest, it is the apple's softer cousin the pear that is on the minds of farmers and business owners alike. With several varieties of NW pears having reached their peak harvesting time starting in August, you will find the fruit highlighted in beverages, specialty desserts and on menus all around the NW. The pear truly has a home here in the Pacific Northwest.

When we say that pears have a home here, we mean it. Nearly 90 percent of pears grown in the entire U.S. are grown in four regions throughout Oregon and Washington, with over 800 families on small farms contributing to the harvest. The pear grows so well here in Oregon that it was even designated our State Fruit.

With pear season now underway we ventured out into the community to check out how some of Portland's most beloved businesses employ this versatile fruit. From pear ice cream to pear brandy, pears are ubiquitous in Portland's fall palette. With 10 varieties of the fruit grown in the Northwest alone, there's a chance for everyone to get in on the pear game.

As the only fruit that ripens off of the tree, it's up to consumers to decide on their ideal sweetness before eating. The Portland Juice Company favors the sweeter taste, and they've incorporated the sweetness of pears into their abundant menu chock full of fruits and veggies alike. They use Bartlett and green Anjou pears—two varieties of the fruit—for their Shanti juice. The people at The Portland Juice company told WW, "The pear's sweetness and creaminess definitely give it a warming feeling that's perfect for the colder months," Luka de Moses from the PJC team says.

Take a trip to one of Salt & Straw's many shops, and they'd tell you all about the creaminess of pears as well—putting it on full display with their Pear and Blue Cheese flavored ice cream. The Portland ice cream icon, known for their endless lines and inventive flavors, keeps things local by using Bartlett Pears from Salem, Oregon. Pair that with Rogue Creamery's blue cheese, and it's a delicious ode to Oregononians.

But the pear doesn't stop with its creamy texture and sweetness—it works in some of our favorite alcoholic drinks as well. Over at Portland Cider Company, they've won awards for their Bosc and D'anjou pear cider "Pearfect Perry," and they attribute its success to the complex flavor of the fruit.

For these brewers, cider with pears is also a signal of the changing season. "Here in Oregon where so many pears are grown, they have a strong connection to our winters and holiday season," Helen Lewis, Portland Cider Co.'s marketing director, says. "When it's time to ferment pears at the cidery, we all get really excited because it means fall is in full swing and the excitement of the seasonal harvest spreads through the cidery."

At Clear Creek Distillery, they incorporate the complexity of pear into their brandies and liqueurs. They make a point to make the often-overlooked fruit shine, telling WW, "It always amazes us how few people have ever had a well ripened Bartlett pear. A perfect Bartlett has a beautiful and slightly citric flavor with a life that is tragically short lived. We ripen all our pears in house one batch at a time in order to capture this sweetness in the bottle. It's a difficult but rewarding task. But we love it for both the challenge and reward." The folks at Clear Creek Distillery have an appreciation for both the sweetness of the pear, and also for supporting local farmers. "Not only are we distilling our brandy next door to the orchards where the pears are grown, but we crush them at their peak of ripeness to maintain the wonderful intensity of the fruit."

In the restaurant world, local pears likewise get their time to shine. Portlanders know that Boke Bowl's menu is always bursting with flavor, and, true to form, their take on cooking with this local fruit fits the bill. The restaurant's Fried Pears are a hit, and General Manager and co-owner, Brannon Riceci, told WW just how they do it. "They are made from fancy pears, dried but still tender, then fried and tossed in a Thai-inspired fish sauce vinaigrette for an addictive sweet-savory balance with a voluptuous bite" Riceci says. For the pear fanatics who just can't get enough, their menu boasts a Ginger Pear Margarita as well.

Arden Restaurant in the past has included a pear dessert in their menu in the form of a poached pear, brown-butter almond cake, and yuzu mascarpone ice cream. "We are all about local and seasonal here at Arden, so we love ingredients like these," Kelsey over at Arden tells us. "They tell a story of both time and place and work in such harmony with other fall ingredients like squash and root vegetables. Pears are such a wonderful ingredient, and get a lot of the spotlight (deservedly) in the fall, since they are one of the only fruits in season at the time." It's not confirmed yet if this dessert is coming back for this season, but fingers' crossed it does. And there is no need to fret about these dessert delights, they're just as full of fiber as they are flavor, making this fruit a healthy choice to promote heart and gut health.

With pears running the gamut as we enter into the fall season, there's a multitude of choices to be had. Whether you're looking for a refreshing pear juice or a hearty pear pie, the local fruit and star of the season won't disappoint. 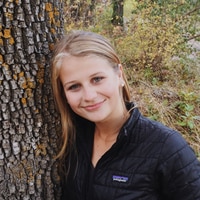