Our runner-up to the Restaurant of the Year, St. Jack, aimed for neighborhood bouchon and ended up with fine dining. 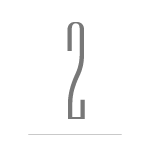 Aaron Barnett takes a certain pride in being slow and a little difficult.

The St. Jack chef takes three days to make his fluffy, transcendent espelette-pepper pork rinds at his Northwest Portland French-inspired bistro and bar ("I don't believe in dehydrators," he says) and an equal number to make the sauce for his delicate lamb steak au poivre.

For two days he makes his sauce's stock with knuckle bones and wine and mirepoix vegetables, then simmers it down until it reaches peak intensity. He takes an extra day to do an uncommon second wash on the bones, pulling out the marrow and collagen. The final sauce is a happy marriage of the two cookdowns, bringing together intense flavor with satisfying texture.

"It's one of these ways of cooking that's gone the way of the dodo," he says, "because it's so time-consuming and labor-intensive."

Now he's even monkeying around with adding an almost unheard-of third wash—a fourth day of work to make just a single one of the restaurant's many sauces.

But then, St. Jack has always cooked slow under the lid.

It's been almost five years since Barnett and restaurateur Kurt Huffman began St. Jack as a quirky Southeast Clinton Street bistro with Vesuvian candles and transcendent whole-pig trotters. But after moving into a new space on 23rd Avenue, the restaurant has evolved from a personal project into a fully realized vision of what it means to be a fine French restaurant in Portland.

St. Jack is now the best it's ever been—strong words for a restaurant that received near universal praise even when it opened.

Our restaurant of the year runner-up is one the rare eateries that manages to respect hundreds of years of culinary tradition but still feel fresh. St. Jack serves up unpasteurized country cheeses in unmatched variety, a bold drink list with both Champagne magnums and delicate gin cocktails, a menu ranging from seared foie gras in tobacco jus to a refined take on a humble fisherman's stew. On one night there's a duck served with its head still attached, while on another you find whole roasted Oregon trout the cooks gut and bone themselves in the kitchen. They do the latter often enough they hold races.

Back in 2010, Huffman and Barnett began St. Jack on a wing-and-prayer budget, opening their doors at under half the cost of just the restrooms at Ava Gene's.

"[Huffman] and I would be there until midnight drinking bourbon and pounding nails into the wall until people yelled at us from upstairs," says Barnett.

The cozy restaurant was charming, but a little janky—their tiny window let them stage plates for only four people at a time, and the kitchen was so small they had to do their prep work on the dining-room tables. The double-decker oven—first used by a family Mexican joint in Beaverton— had literally fallen off a delivery truck.Barnett describes the original St. Jack as something straight out of Peter Pan. "We were a bunch of kids," Barnett says. "I was 33 and I was the oldest guy that worked there. It was a bunch of 20-somethings trying to make something good."

The result was beautiful and madcap and always half-improvised, like a '60s flick by Godard. Barnett's strengths and weaknesses overlapped almost exactly with those of his sous chef Graham Chaney—now in charge of what is probably Portland's first truly great German menu at Stammtisch.

"Graham and I were two big, dopey, bald, weird guys—and we made big, dopey, weird-guy food," says Barnett. "We made shit with bones hanging out of it and faces falling on a plate. And that was wonderful."

Barnett pauses for a moment. "But we've evolved," he says

After disputes with their landlord sent them on a long search for a new location, Barnett and Huffman both finally fell in love with a huge space in a new building in Slabtown.

Opened in February 2014, their window-paneled restaurant is now split between a light-filled bar and a dim, cozy restaurant side that mimics the intimate atmosphere on Clinton Street.

The new spot has helped transform the restaurant.

Finally, Barnett had enough kitchen space to do what he wanted. Along with the 90 seats for diners and bargoers, the restaurant had enough burners to make the range of sauces Barnett had envisioned, and there was enough room to actually prep their food in the kitchen, with separate stations for bar and restaurant food

There was just one hitch: They'd forgotten to leave room for storage. Huffman had to rent the vacant basement apartment across the street while in the meantime the kitchen staff tripped over cases of imported olives.

"The first three months were a horror show," Barnett says.

They also didn't have room for their planned flambé cheese cart: "We learned very quickly that anybody who had any products in their hair was going to be lit on fire in that dining room."

As it grew into its new space, Barnett also learned how to separate its bar and restaurant sides to become, in essence, two places with shared DNA. On one side, it was a gin-happy drinkery with impossibly rich brioche-bunned burgers, beautiful pork rinds and happy-hour deals that let local diners stop in two or three times a week.

On its restaurant side, though, the new kitchen and dedicated staff have allowed St. Jack to take on a greater deftness, lightness and facility.

Barnett credits especially sous chef Amanda Williams, who has brought the consistency that comes with organization; he's had time not only to devote new thought to his menu at St. Jack, but also to open up his excellent La Moule shell bar across the river.

But more than that, he says that her cooking's delicacy acts as counterpoint to his wild-style creativity and fetish for brawny French cookery, leading the restaurant's dishes toward a newfound depth.

"We've fallen into this thing where we're doing classics reimagined," says Barnett. "If we do duck a l'orange, we're not doing the jokey '80s version with watered-down marmalade. We're going back to the Escoffier, doing a reduction with duck bones, Grand Marnier, orange juice and winter spices. It's not what people think of when they think of duck a l'orange."

"We thought we'd have a neighborhood bouchon," says Huffman of the restaurant's start. "We ended up with fine dining."