Patience paid off for John Gorham’s love letter to Israeli and Arab cuisine. 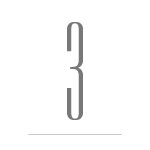 The simplest things are the toughest.

When Mediterranean Exploration Company opened in July 2014, the pita was pale, doughy and undercooked. That wasn't at all what we expected from John Gorham, the chef behind two places previously named Restaurant of the Year: Toro Bravo and Tasty n Sons.

This year, three visits revealed perfect pita at the Pearl restaurant—soft but chewy with the slightest hint of char.

"We didn't change the recipe," Gorham says. "We just kept adjusting it and getting the oven up to higher temperatures and cooking it a little longer until we got it right."

It was a long time coming, Gorham says. He and business partner Ron Avni had been discussing such a spot since they opened their beloved tapas joint.

"When we dove into that category, we knew it would be tough," Gorham says. "It's a lot like Mexican food: When you're dealing with something where there are so many good mom-and-pop places like Nicholas, so much good, cheap food in that category, it's hard to show people why they should spend a little extra."

Getting there took some tweaks. Most are simple but immediately noticeable. For example, when Med Ex opened, it served French sheep's milk feta at refrigerator temperature. It was extraordinarily boring until we left it long enough for the flavor to bloom. Now, the kitchen heats the cheese and serves it under brightly acidic pitted purple-black olives.

"In Portland, [people expect you] to be spot-on perfect right from the get-go," Gorham says.

That's not possible, especially when there aren't other restaurants doing the same thing at the same level.

"We can't take everybody to Israel with us," he says. "There weren't a lot of cooks that we could hire that had any background in this food. So it was all about educating them."

In a way, Med Ex is the most ambitious thing Gorham has done. Generally, he says, he wants to deliver what people with "the Portland palate" want. "I'm not here to re-educate people," he says. "I don't want an esoteric restaurant that makes you overthink what you're doing. I just want you to come in and sit down and let go of the stress of the day and enjoy the food."

And although they couldn't take everyone to Israel, several more chefs and managers are headed there in the months to come. Here's hoping they find inspiration for something like the "braised Greek greens" served over the summer. The dish was simple and perfect: greens, olive oil, chili flake and lemon juice.

It's a direct attempt to re-create the flavors Gorham tasted after visiting one of Avni's relatives, a restaurateur in Tel Aviv.

"We were talking to one of his cooks, an Arab, and he said, 'This group really wants some good Arab food. Where should we go?' He said, 'You're coming to my mom's house.' So we drove almost all the way to Lebanon, to this little Arab village by the border, called Rosh Pina. They made us a feast, and one of the dishes was greens they foraged."

That dish pairs wonderfully with the El Baboor lamb kebab pie ($18), one of the dishes that was always great and just keeps getting better. It's a comforting cassolette turned into a pot pie with sesame-flecked pita and juicy pieces of smoky, gamey lamb in a thick, fire-roasted tomato sauce.

On a cool winter day, it'll warm you right up. Right now, Med Ex feels a lot like that kebab pie. It just takes some time, Gorham says.

"When a restaurant is new and sterile, it's missing something," he says. "There's something about a building that starts taking on the flavors and smells of the ingredients you're using. The smells and character get into the building, and it just feels different."