Where to Coffice in Portland

Third-Wave coffee shops are making it hard to set up computer camp. Where should you take your laptop?

Coffee shops in Portland are at a pivotal moment. At the same time that freelancers and digital nomads have descended on the city like locusts, many of the new spots are manifesting their third-wave ambitions in ways downright hostile to the influx of laptop loafers. While the barista in the chambray shirt seems stoked about your startup as he carefully pours hot water from a titanium gooseneck kettle over the imported Japanese glass beaker, he doesn't want you to run your company from his coffee shop.

For example, Ristretto Couch (555 NE Couch St., 284-6767, ristrettoroasters.com) offers Wi-Fi but only a single power outlet. Heart (2211 E Burnside St., 206-6602, heartroasters.com) cheekily named its network "HEARTNOWEEKENDWIFI" in what's probably an attempt to create a more suitable waiting room for those in line for weekend brunch down the street at Screen Door. This will only get worse. But take heart! There are still places for the caffeinated laptop warrior, as long as you don't mind the occasional drifter who's obviously there to charge his phone and take a midafternoon snooze.

Upside: The convergence of quality coffee, reliable Wi-Fi and an array of snacks in a bright and bustling space is the perfect middle ground between the fussiness and pretense of cupping labs and the put-on cheer and pseudo-culture of your local Starbucks franchise.

Downside: None of these places is a well-kept secret, so unless you're willing to wake up even earlier than your normie friends with real jobs, it's basically a crapshoot whether you'll get there before the herd of coders, novelist meet-ups and womyn's groups roll in and snatch up all the table space and the last of your favorite cranberry-apple-bourbon muffins.

Cup & Bar (118 NE Martin Luther King Jr. Blvd., 388-7701, cupandbar.com) is solid for coffee and snacks, but it's a foregone conclusion the place will have been colonized by the local anarchist vegan knitting collective by the time this goes to press. The avocado toast is still worth a try, though. Good luck! 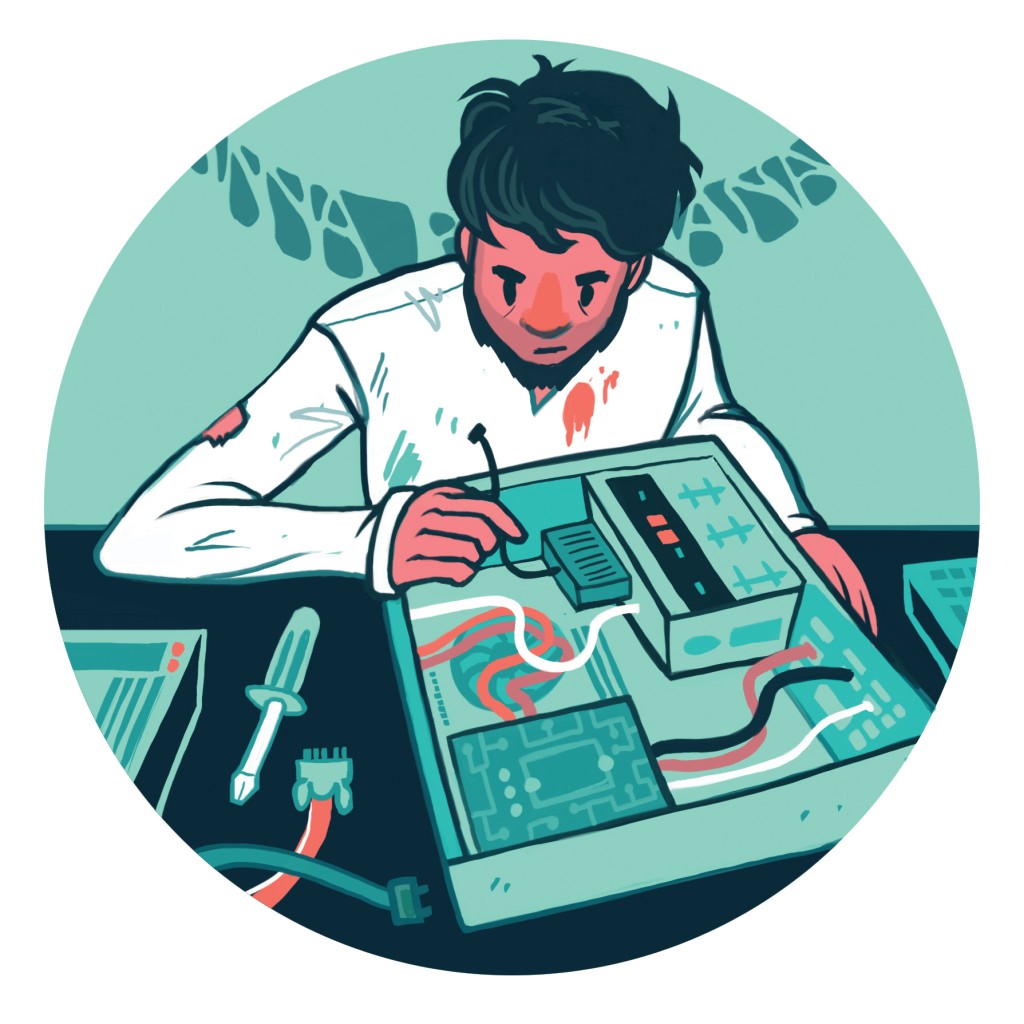 Upside: These shops are judgment-free zones for anyone and everyone. Bring us your tired, your weary, and your dumpster divers who need a warm, dry place to rebuild that Dell tower they found behind the Arby's on Lombard.

Downside: It's hard to write a memoir while the guy on your left is playing Candy Crush with the sound on and the guy on your right is yelling at his mom over the phone about what is and is not recyclable.

Former WW Funniest Five comic Shane Torres once said St. Johns is "nothing but day drinkers and bad Chinese food," which makes Anna Bannanas (8716 N Lombard St., 286-2030, annabannanascafe.com) a respectable option for the latter as soon as you're maxed out on the bitter brew. 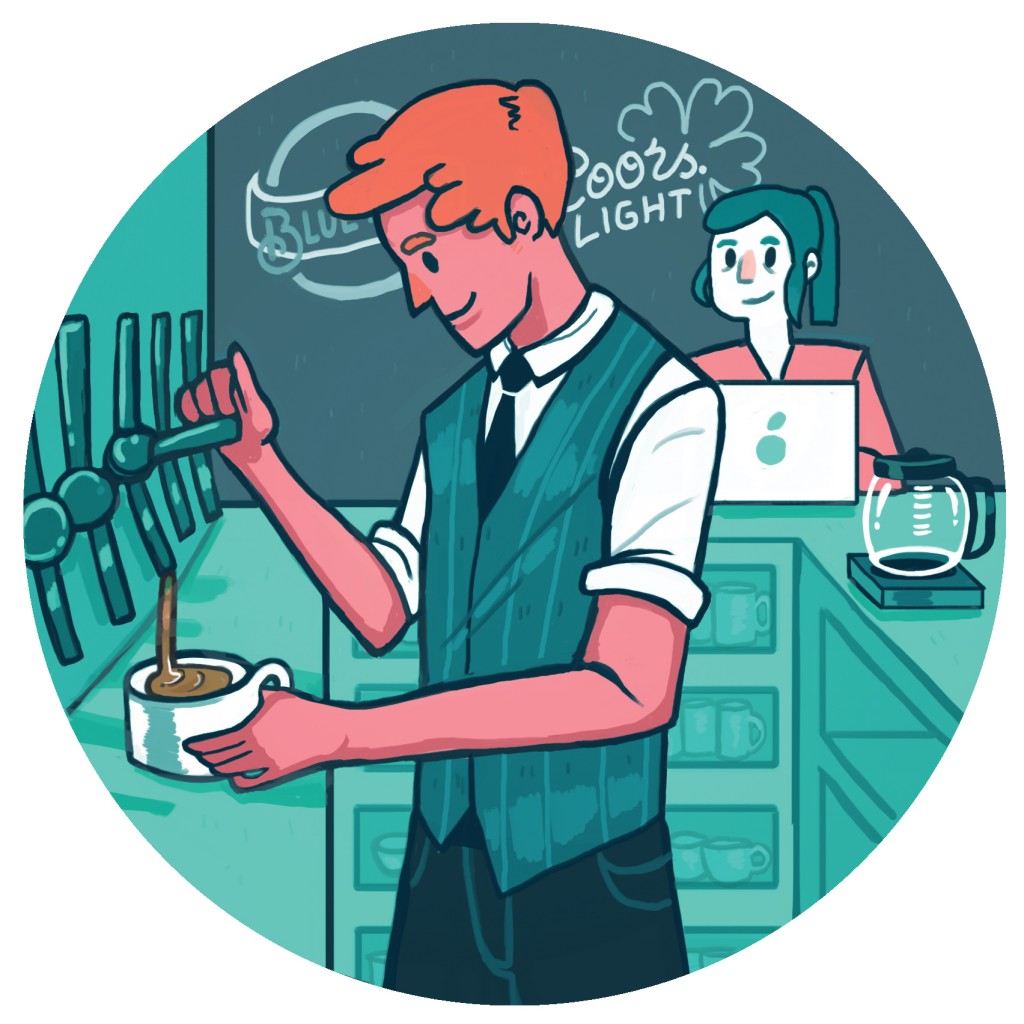 Upside: Show up early for breakfast, stay late for beer and video poker!

Downside: It's a bar, first and foremost, which means your complaints about the noise and coffee are not only invalid, but legitimate grounds for getting 86'ed.

As much as we enjoy gambling away our meager freelance pay on Pick 'Em Poker, Radio Room (1101 NE Alberta St., 287-2346, radioroompdx.com) earns high marks for having tons of power outlets, decent coffee and a wait staff that's courteous enough to acknowledge when you're still a few hours away from drinking yourself out of the productivity zone. 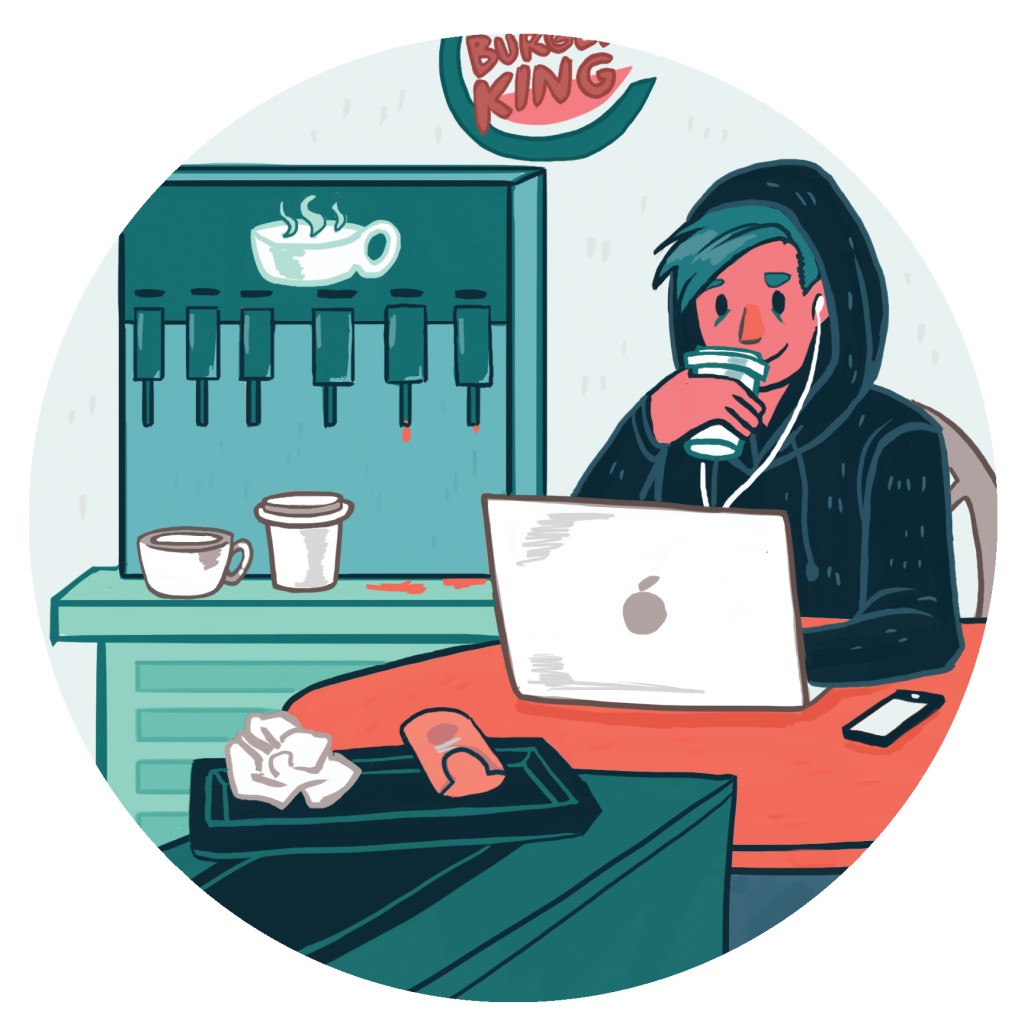 Upside: With the exception of Starbucks, the prices at these places are dirt-cheap. It's unlikely you'll be asked to leave, provided you keep your voice down and your pet squirrel secured in your shopping cart outside.

Downside: It's debatable whether the innocuous coffeehouse schlock of Starbucks or the outdated X Games rawk of Taco Bell is worse, but it requires headphones either way. The coffee is terrible, power outlets are often snatched up by drifters, and the Wi-Fi requires the use of some convoluted sign-in page that tricks you into giving your email address in exchange for Internet access and two decades of blasts about chicken fries and new kinds of salads no one in their right mind would order.

While the laptop bar at the recently resurrected Taco Bell in Irvington is tailor-made for extreme Internet productivity and even more extreme Mountain Dew consumption (five varieties on tap at last visit!), the combination of somewhat drinkable coffee, above-average breakfast sandwiches and a genuine circus of humanity makes the inner-Southeast Burger King (1525 SE Grand Ave., 234-9240, bk.com) the optimal choice for those down-and-out days of Internet job hunting. You can get a free refill on any drink there. It's a wonderful restaurant! 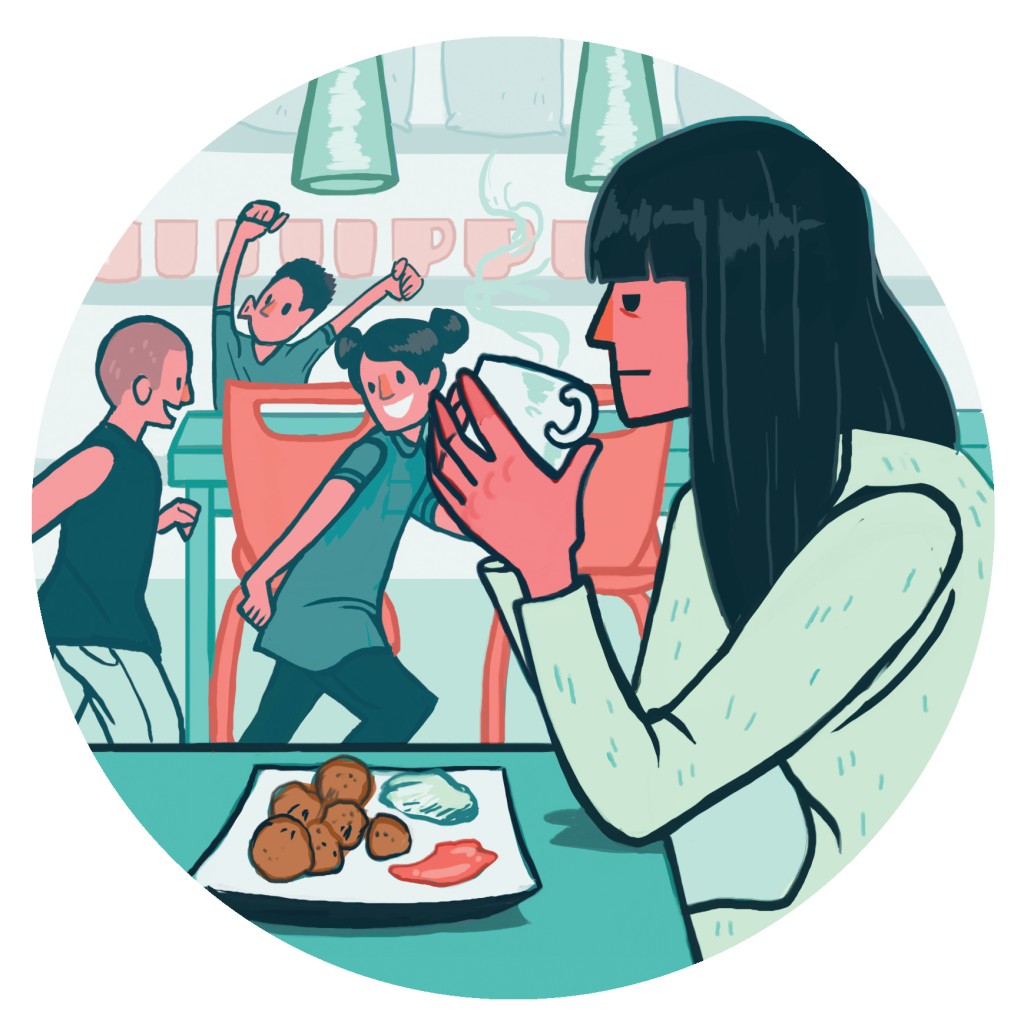 Upside: Food options are limitless, seating is plentiful, and there's rarely a line for the restroom.

Downside: The coffee is often provided by a third-party chain like Peet's or Starbucks, many Fred Meyer and Safeway locations are overrun with crust punks, and there's no other place you're more likely to encounter children running amok without supervision.

The Scandinavian god of cheap furniture and even cheaper coffee (free for IKEA Family cardholders!) is a merciful god for finally canceling the "kids eat free" promotions at the Portland IKEA (10280 NE Cascades Parkway, 888-888-4532, ikea.com). It's still a human zoo, but the cafe seating on a terrace that resembles some opulent futureworld we've only seen in movies like Her and Gattaca. You may have to wait for a family to clear out from a table near the power outlets, which are hidden in weird places, but the food is obviously the best part of a day wasted at IKEA.

The Year in Portland Coffee 2015

Revenge of the Teas

Which Drive-Thru Cup is for You?

Where You Can Still Use a Laptop in a Portland Cafe?