The Feisty Lamb’s eccentric menu works, but it hasn’t found an audience.

If suspense is your thing, show up at the Feisty Lamb some night and wait for another customer to walk in. Your anticipation may not be rewarded—each time I've visited, the place has been deserted—but you should enjoy a fine meal so long as owner/server/chef Micah Edelstein continues to do her part.

Potential diners' hesitation may be understandable. The restaurant is located along an easy-to-drive-by section of West Burnside across from RingSide Steakhouse, though there is a small parking lot. The decor is something like manic trailer-park rummage sale, with upside-down umbrellas hanging from the ceiling and kitsch covering nearly every horizontal surface.

The soundtrack runs amok from Rat Pack to reggae to rap. And the menu is, let's just say, idiosyncratic—and relatively expensive, with what we think is Portland's very first $20 hamburger, made with a thick lamb patty and two highly elaborate sauces. In a bizarre bit of murky symbolism, lamb dishes dominate at the same time the restaurant's name derives from Edelstein's dual "feisty" and "lamb" personas. Draw your own conclusions.

Edelstein is a culinary wanderer with inscrutable lilt ultimately traceable to South African and Irish parents. Her résumé reads like a world atlas. Before she arrived in Puddletown, advance word suggested she had a difficult personality, and Edelstein didn't help herself with breezy pronouncements noting her appearance on Top Chef (has any mediagenic chef not been on a cooking-competition show at this point?) and how she was going to wow us with "world eclectic" food focusing on her native South Africa.

Edelstein runs her kitchen with minimal help. There's one staffer and Edelstein's young daughter, who mostly reads quietly in a corner, but occasionally pitches in. Edelstein is busting her ass five days a week, enthusiastically preparing a short catalog of flavorful, well-composed plates using ingredients she scrupulously sources from farmers markets. She's often your server too, offering detailed descriptions of each dish, then retreating back to her kitchen. Some of the dishes sound like they couldn't possibly work, but they mostly do. I found Edelstein's service industrious and welcoming. 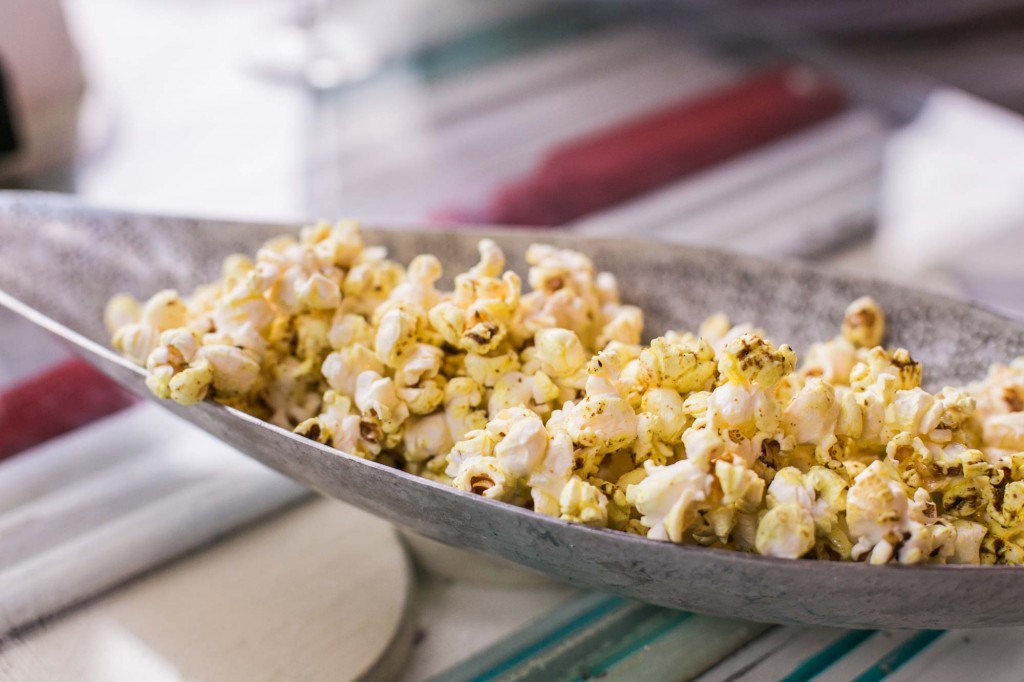 At dinner, start with a simple emblem of Edelstein's dedication to detail: a large bowl of curry popcorn ($7) made with heirloom kernels from Sun Gold Farm, hand-ground curry powder and just the right sprinkling of a fine finishing salt.

I'm equally a fan of the Feisty Lamb's desserts, which have typically been as compelling on the plate as they have been good to eat. Notable examples: the stylishly composed apple-pear clafoutis and the "adult" ice-cream cake topped with chocolate sauce enhanced with 23-year-old rum. The tongue-in-cheek "Hoppy Ending" with IPA-flavored gelato, a brownie dough "pretzel" and mustard caramel was a bit too clever, but tasted better than it sounds.

The Feisty Lamb is an unusual and very personal project, and it may prove too eccentric for this city, but it's endearing nonetheless.