BY MARTIN CIZMAR AND MATTHEW KORFHAGE

We review a lot of restaurants over the course of a year.

In an era when the local daily publishes only one or two traditional restaurant reviews each month, WW runs six or seven. Rather than limit ourselves to the most notable openings—the ones guaranteed to draw readers in the 'burbs and controversy—we take a shoe-leather approach to food criticism. We still don't get around everywhere we want, but our staff critics have reviewed more places than any other publication in Portland.

The problem: Great pasta and large crowds, but "Renata isn't making good use of either the Arnerichs' fine-dining service experience or Sigler's proficiency with pizza…. If it were my restaurant, I'd just Luca Brasi the pizzas. Both were huge disappointments—the first, a meatball pie, because of a dull sauce, and the second, because it was baked too long, developing that sour, blackened flavor that comes when you burn a few kernels of popcorn in the kettle."

Now: Renata remains very busy—we had to wait an hour and a half for a table as a walk-in on a Monday night. The winter menu features richer, heavier fare than the summer, including a stellar pappardelle, fat noodles cooked perfectly and topped with braised pork and a brown gravy to match. The pizza has improved. Our margherita was very slightly overdone, but lacked the acrid burnt bitterness that once plagued the pies. Former Sugar Cube proprietor Kir Jensen is now making the desserts, and they have her trademark touches—a slice of gooey chocolate cake benefited from wondrous little globules of chocolate and olive oil. The winter cocktails seem stuck in purgatory, though. Rather than fully embrace smoke and bitters, the menu includes a dreadful drink called Occam's Razor that tastes almost exactly like Mixed Berry Kool-Aid. 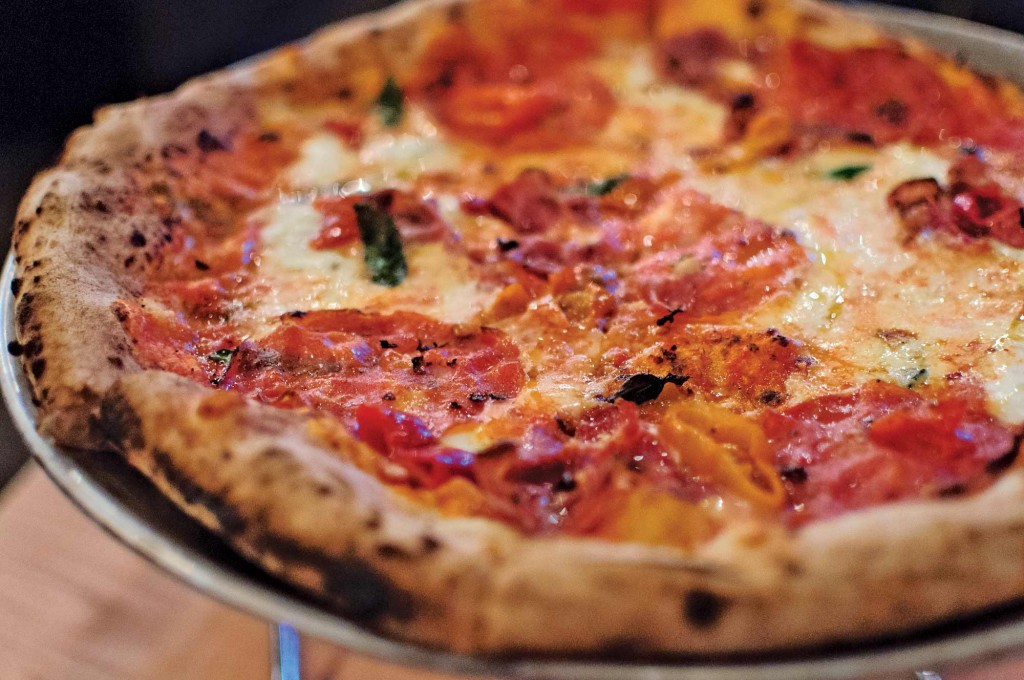 The pitch: A former Roseway antique shop gets an applewood-fired 900-degree Forno Bravo oven and hires a pizzaiolo who previously worked at Cibo and the Via Tribunali chain.

The problem: "Yes, the bottom is leopard-spotted with those dark flecks of toasty char found on any high-end pizza. But the rest of the crust is flaccid in both flavor and structure…. Of the five pizzas we had on two visits, all were mushy at heart, without that ribbon of flexible chewiness I look for in the center of a pie."

Now: Seating is still a mess—you order at the counter and hope a table is available when your food comes, though people hop out of line to grab tables—but they'd dialed in the pies. The dough is still extremely lithe, but there's enough structure now. Neither a $22 black truffle pie nor a farro salad made any sense—the ultra-thin sliced 'shrooms were lost in the salty cheese, and I don't know who wants a big pile of farro in vinaigrette with their pizza—but a more traditional pie was satisfying and there's a nice crowd. 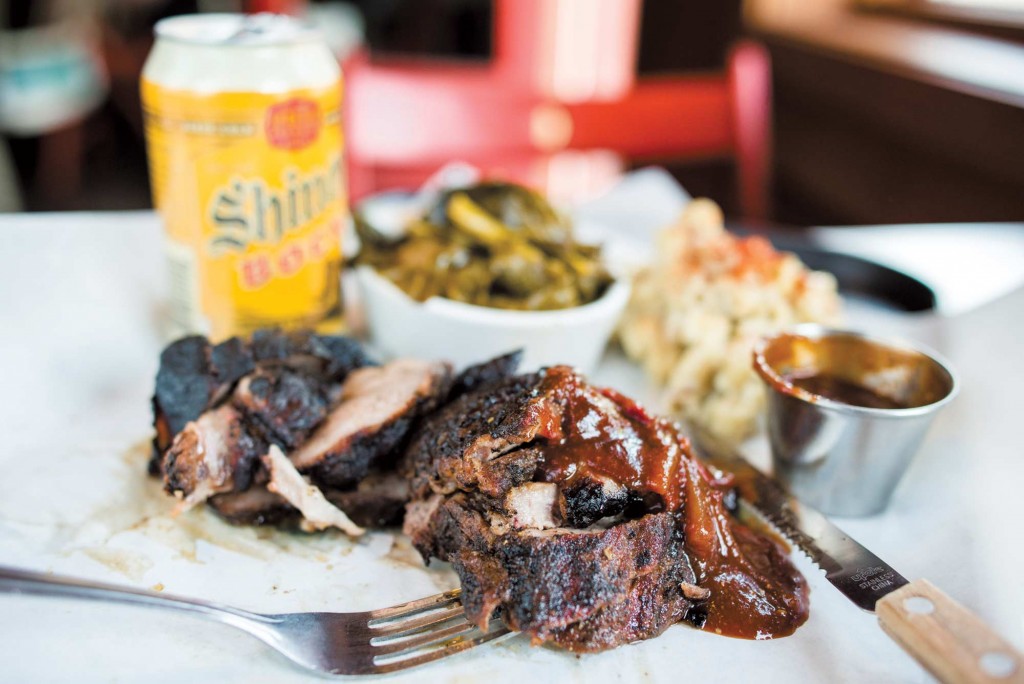 The pitch: Pitmaster Cliff Allen ran a downtown food cart for five years before the owner of the Tropicana soul-food joint on North Williams Avenue retired. There's no beef on premises—just pig and lamb, smoked in an ancient pit.

The problem: "The smoked fried chicken…seems stupidly brilliant until you try it. After so much prep, the meat ends up dry, dark and leathery, the breading so fragile it falls off on the first nibble. It's like eating a sawdust-covered baseball glove…. Most of People's sides and drinks need some work. The jojos lack the snap of well-fried potato, the coleslaw is too sweet, with an off-putting herbal note, and a mint julep is served with a huge mound of pebbly crushed ice that makes it tough to suck out the booze. The greens are nice and stewy, and keep that last little snap."

Now: Well, the meat is still good—thick slices of smoked pork shoulder with a gorgeous baroque remain the best pig brisket in town. On this visit, the formerly schizophrenic stereo stuck with classic rap ("Ruff Ryders' Anthem"? What?! Uh!) and greens are still tasty. Unfortunately, our cornbread was left unpleasantly soggy by a honey sauce, a hot toddy was served in a miniature Mason jar without handles, and thus impossible to comfortably sip while still warm, and the smoked fried chicken sandwich still dissolves into a messy pile of breading and sauce.

The pitch: Though a New Yorker by birth, Matt Vicedomini learned the art of Texas-style barbecue down south—way south, in Australia. He serves up ribs, hot links and brisket in the back of a pawn-shop parking lot on Martin Luther King Jr. Boulevard.

The problem: He was having a hard time keeping his meat in stock—the ribs were gone within 20 minutes on one visit—and we found the brisket a bit stewy for our taste.

Now: Oh, God damn. This is terrific barbecue. The brisket has more than resolved its texture issues: It's beautifully fatty and flavorful as hell, with the structure and bark and white-oak smokiness to back it up, and the bark is peppery heaven. And the supply issues on those ribs seem to have been solved. On a Friday and a Saturday afternoon, we had no problem picking up a pair of dry-rub ribs so pure in their smoke you'd know the name of the tree whose wood cooked them from just a single bite. Matt's hot link still has note-perfect texture and pop, but has benefited from the addition of a little more spice. Meanwhile, the side beans are meatier, the potato salad blessedly heavy on pickles. Only the coleslaw is a little slack. In early September, Matt's was already a solid barbecue cart. Judging by our December visit, it now stands as some of the best barbecue in the city—period. Rodney Muirhead, look the fuck out. 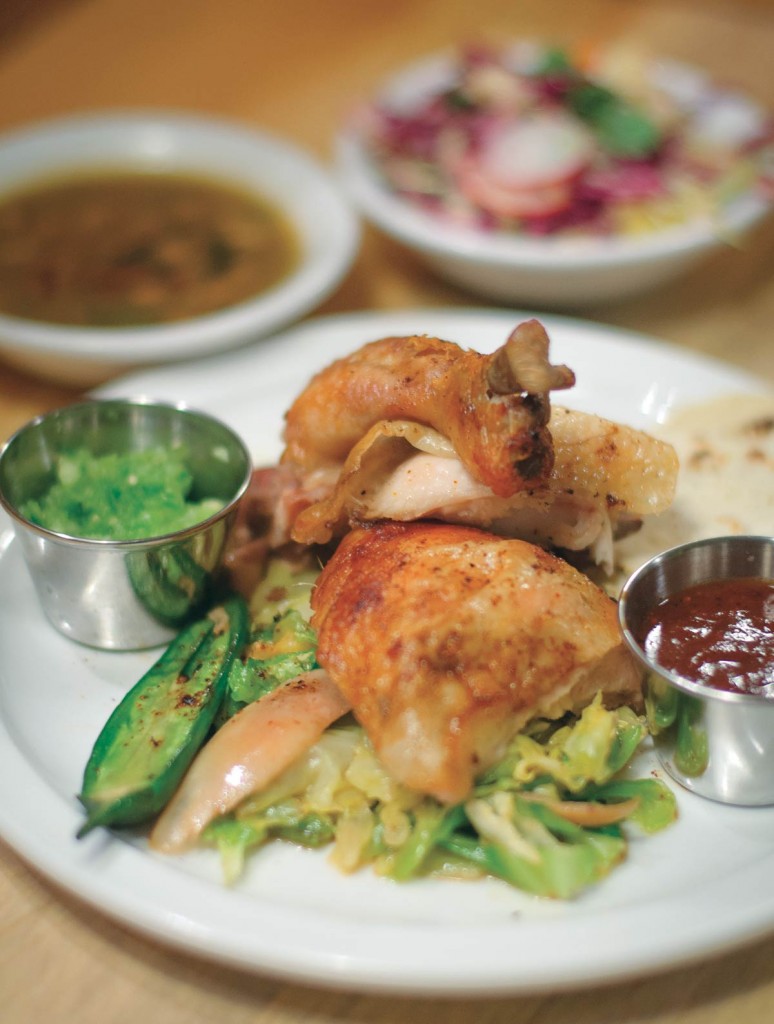 The pitch: Pollo Norte cooks up chicken on a rotisserie imported from Mexico, slow-cooking meticulously sourced birds spiced with lime juice and achiote powder on a rotating spit, while letting the juices drip down onto the cabbage served with it. When Norte opened, it was the only Latin chicken spot within city limits—you otherwise had to drive to Gresham's El Inka.

The problem: "No, Norte's birds aren't as good as El Inka's—yet. That might be because they're being pulled off the imported Valmex rotisserie before the skin can get a nice toasty crunch." Norte was also having troubles because its fridge wasn't big enough and it was short a spit on the rotisserie, which meant it was sometimes selling out its birds before dinner hours, and pulling birds off the spit too soon.

Now: Norte has been industrious this year, building a food-cart pod out back housing not only two other Latin carts and an outpost of Kim Jong Grillin' but also a walk-in fridge that lets it brine and store a whole hell of a lot more chicken. Despite interim reports that it was having a hard time keeping quality up at its brisk sales volume, our most recent visit found the chicken every bit as moist and flavorful as it ever was, and the skin browned to a lovely crisp crackle. We still found no use for the smoked ancho sauce, and a habanero was so sweet and mild it all but disappeared. But the excellent coleslaw is still fresh, citric and spicy. The meaty pintos were rich as hell, and the tomatillo sauce remains one of the freshest-tasting salsas in the city. The biggest problem? Chicken and Guns opened on Southeast Hawthorne Boulevard, and immediately usurped Pollo Norte's title as the best within city limits. Actually, we think Chicken and Guns is maybe even better than El Inka. 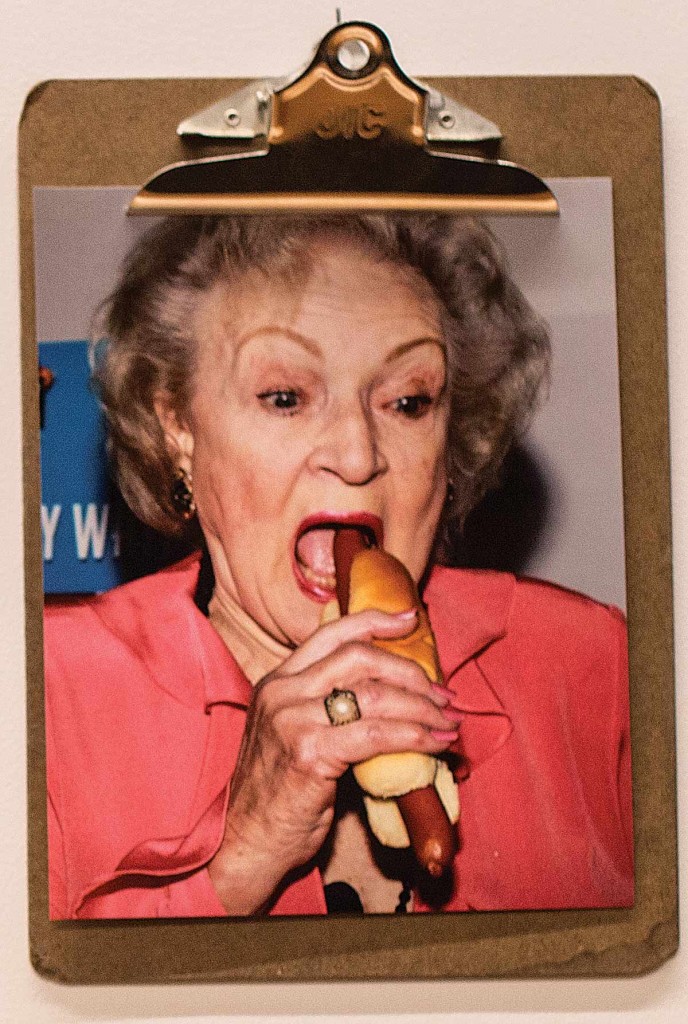 The pitch: From the people behind Little Big Burger and Blue Star Donuts, a spot built around beer-boiled Sabretts and Olympia Provisions dogs on one-of-a-kind pretzelized brioche buns from Nuvrei.

The problem: "There are two big problems. First, the meat. Also, the buns. The Sabretts lack their signature snap and have no char, a result of boiling in Olympia beer with no grill finish: They get a slow-and-low cookout on 7-Eleven-style metal rollers. The bun is confusing. Perhaps I'm old school and set in my opinion, but I feel a hot-dog bun's job is to get the hell out of the way."

Now: The beer-boiled dogs are still a problem, although on our recent visit we were allowed to throw an OP dog down on any of the hot dogs—a welcome change. But even the stellar OP dogs are compromised by Hop Dog's cooking process, and two dogs took an actual 15 minutes to make. The buns, however, have improved. Back in September, they had a sort of burnt-toast quality, while the current rendition is a bit softer around the edges. But while we're sure that the specialty Hannukah dog we tried was meant as a tribute, the addition of capers and salmon "shmear" to an already salty, sickly, boiled beef Sabrett amounted to a holiday atrocity.