In the summer of 2014, things were not looking great for Reo's Ribs, the eponymous barbecue joint owned by Snoop Dogg's uncle. Pitmaster Reo Varnado's ribs finished a humiliating 20th out of 22 in WW's Portland taste-off, with the author shellacking the ribs as "encrusted in char sealed by burnt and remelted sugar" and a sauce described as "an infelicitous combination of liquid smoke and molasses." Damn, dogg.

Since then, Reo's has moved from outer Southeast Powell Boulevard to the former location of Hollywood Burger Bar, which sat at the corner of Northeast Sandy Boulevard and 42nd Avenue for 61 years. Inside, Varnado, who looks like a retired NFL lineman in a plastic hairnet, slow-cooks his meat in a barrel grill on the sidewalk, where enormous belches of delectably scented white smoke waft through traffic toward the Hollywood Theatre.

Varnado kept the Hollywood Burger Bar's old-timey charm when he took over the space, with many photos of the former restaurant framed above the door and to the left of a promotional poster of his nephew's 2002 album Paid tha Cost to Be da Bo$$. However, he infused its lunch counter, checkerboard linoleum floor and white-painted faux columns with so much smoke that the new Reo's smells like it has been there for 80 years.

It may be the new location or a change in recipe, but the meat was damn good. Reo's spareribs have a thick bark and a vivid fuchsia interior, but are not so aggressively smoky as to overpower the pork, which was suitably fatty and coaxed from the bone with little effort. The variety of wood Varnado uses to smoke his ribs is a mystery: Neither the outdated website nor a waitress was able to provide more information than "wood."

The spareribs came with a healthy ladle of Reo's Mississippi-style barbecue sauce, an apparent relative to Kansas City-style tomato-based sauces. Ketchupy in consistency, the vinegar bite that defines most sauces took a backseat to pepper and jammy red fruit. The acidity was, surprisingly, not missed: The smoke, fat and sugar played nicely together to a pleasant, if extremely heavy, finish.

The sides, served in hefty portions, showed less improvement. On the good side, the cornbread was sweet, soft and buttery, with enough structural integrity to use as a mop for leftover sauce. The potato salad was delightfully simple, smooth like mashed potatoes and simply flavored with mayonnaise. The collard mustard greens, albeit quite salty, were tender and peppery, and generously loaded with chunks of smoked ham. On the less-than-good side, the mac and cheese was rubbery and flavorless, and the fried okra, despite its wonderful crunch, tasted like seawater.

There are fancier and better barbecue places in Portland. Nonetheless, Reo's has an old-fashioned charm that only a patina of grease and smoke can bring to a barbecue joint. It certainly helps that it has some of the cheapest meals in town: every meat plate is $12 and comes with two sides and cornbread, and the $6 sandwich combo, coming with a free soft drink and side of coleslaw or fries, is among the cheapest in town. If Reo's was priced alongside highfalutin $20-a-plate barbecue, it would be a disappointment. At $12, it's a steal. You can have your bougie-cue. I'll be at Reo's. 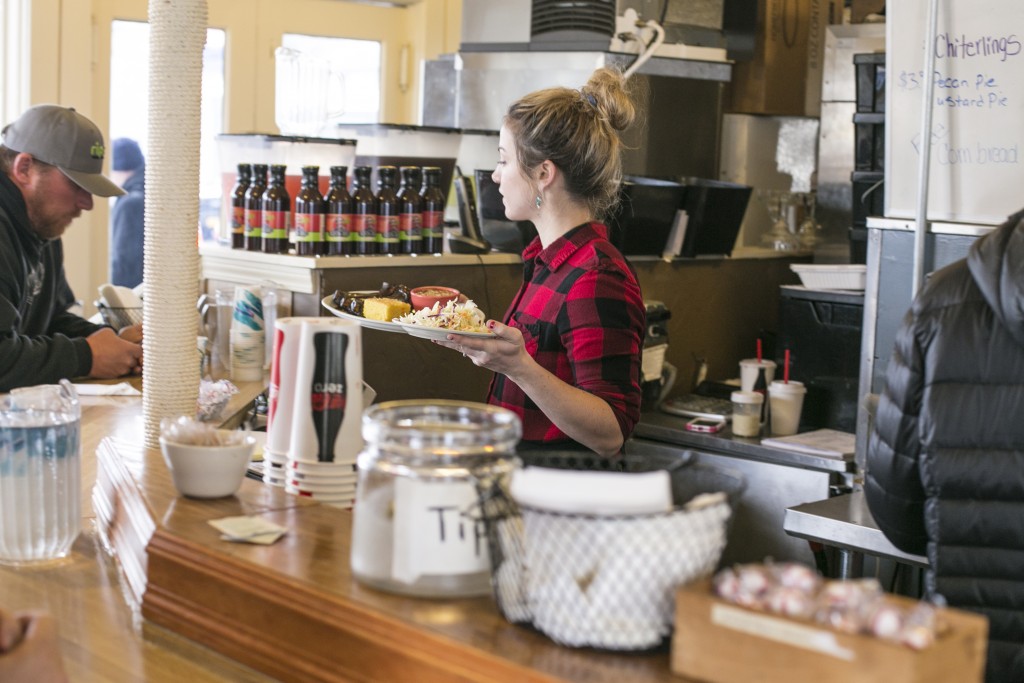