Whether through curation or simple good fortune, Universal Plaza on Southeast 82nd Avenue is a culinary treasure trove of stunning density—housing both general-purpose pan-Asian fare and multiple spots serving the best version of their specialty dish in the city, whether Viet-Cajun crawfish boil, Chinese hot pot or chicken pho. It is a magical strip mall—one of very few truly magical strip malls anywhere. 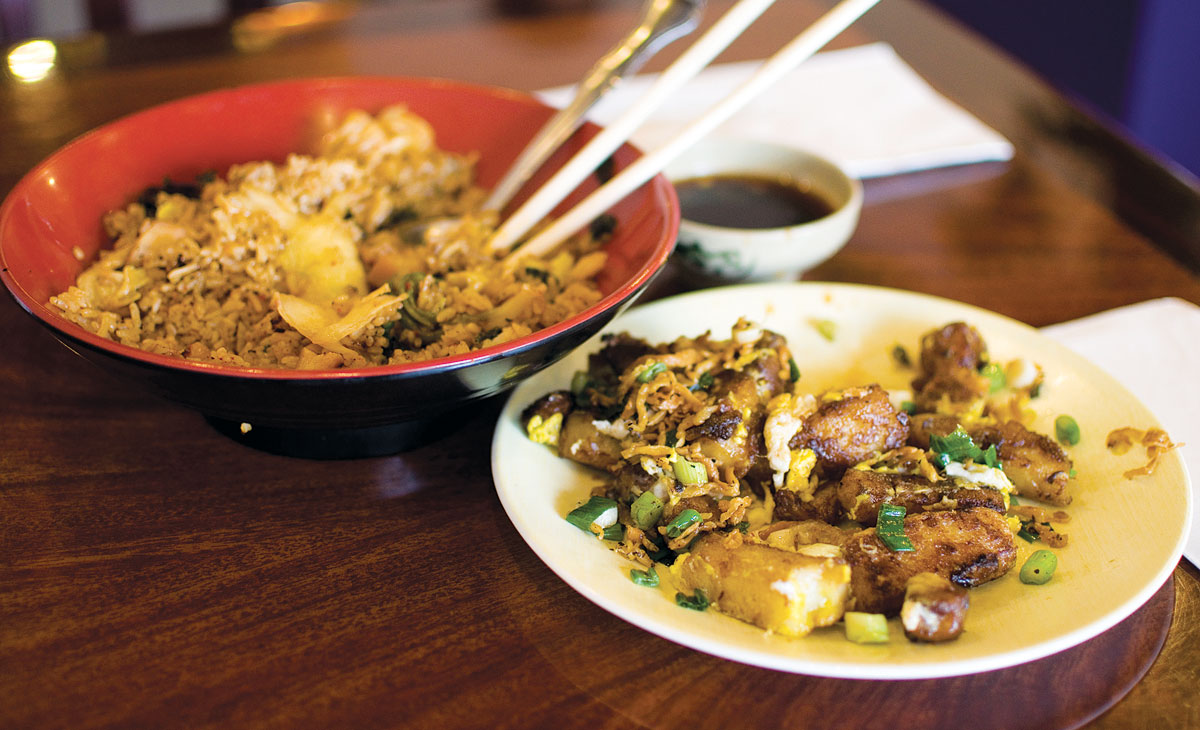 Amid the hyperspecialization that surrounds it, bare-bones, amazingly low-cost Jin Jin can be a bewildering swirl of Asian food cultures—teriyaki, kung pao, banh thit and kimchi share a menu that rarely crests $6.50. Specifically, get the kimchi fried rice and the deep-fried rice cakes ($5.50), a diner egg-and-onion hash with rectangular cakes that are crisp on the outside and custardy within. Also great are the $2.50 Vietnamese pastries made on the premises, filled with coconut-durian paste or mung bean. 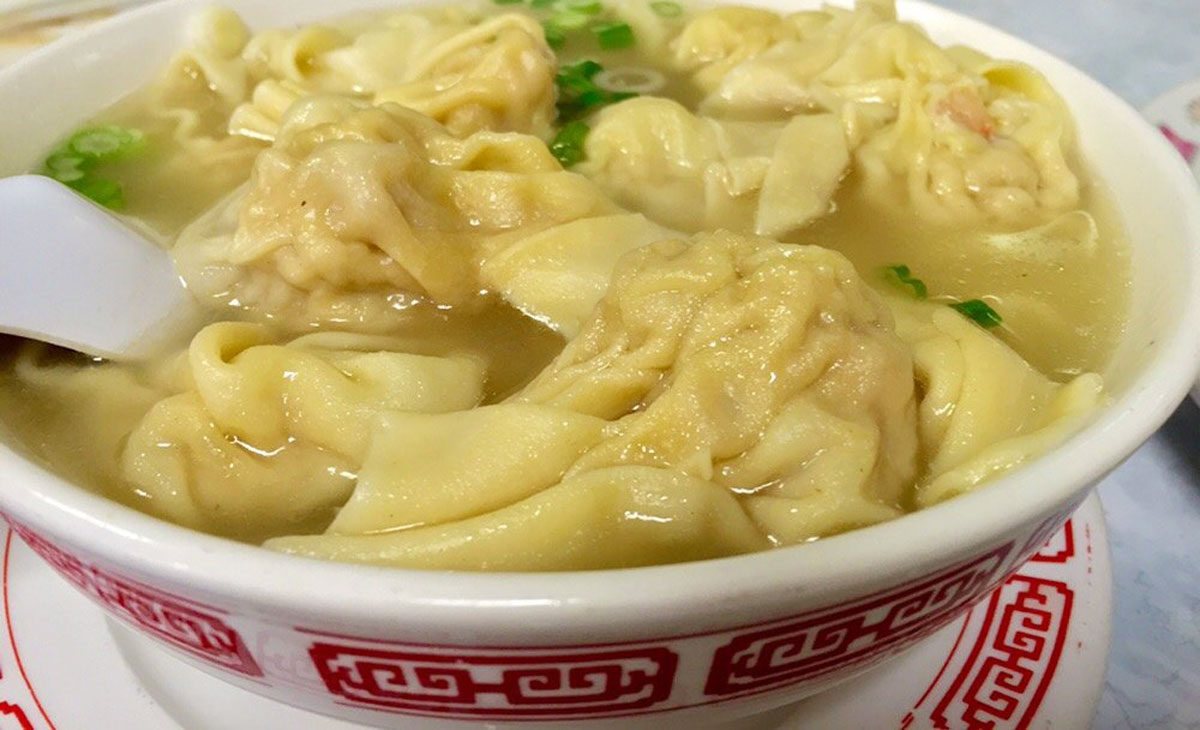 If you're here, you're here for wonton soup. The Super Bowl A ($11.59) is exactly what it says it is—a veritable basin loaded with noodles, roast duck, roast pork, barbecued pork and plump wontons. (Warning: The menu says the wontons are pork-filled, but are often filled with shrimp.)

Chicken or beef? That's all you have to decide—and both answers lead to something wonderful. Beef means bun bo Hue—which also includes pork—and is a whirlwind of spicy, sour and sweet swimming with iron-rich cakes made from blood, meatcakes and trotters. But the chicken pho is even better—a pure and rich chicken stock stuffed with noodles and bone-in chicken, one of the city's purest evocations of chicken flavor and far cheaper than that stuff everyone insists on calling bone broth.

My Brother's prepares your choice of crawfish (price varies), mussels ($9.99 a pound) or clams (also $9.99) in "boil" format—a deeply rich, spicy broth. Throw in corn and potatoes, and you've got a meal. A cornbread side provides a sweet contrast to the seafood preparations. For people who like it dry, the blackened fish and chicken breast ($12.50) bring the cayenne without any grease. 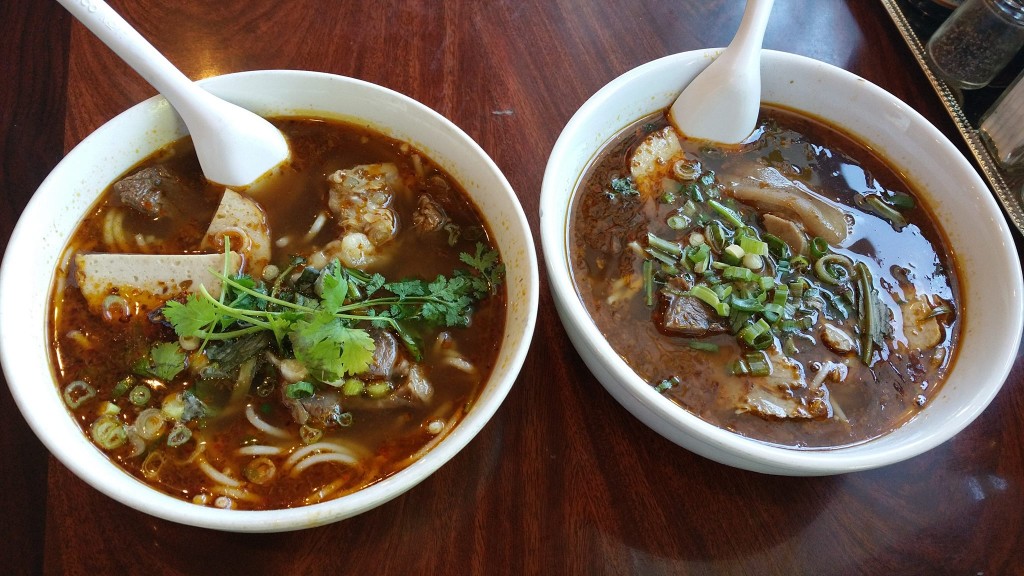 Some don't like Mondays. Quán Linh doesn't like Wednesdays. But every other day until 10 pm, it serves some of the widest-ranging Vietnamese family fare in the city, including some of the only Vietnamese-style congee, a lovely lemongrass clay pot and hot pots from lamb to fermented fish. Quán Linh may not have the universally acknowledged "best" of any particular Vietnamese item in the city, but it has solid versions of an unholy number, from better-known soup standards like bun bo Hue to the yellow-curried soup pleasures of bun cary ga.

At the best hot pot spot in town, broths are $2.99, and the spicy broth offers no quarter—it's Radio Flyer red with a slick of orange oil and swimming with Szechuan peppercorns, lotus seed and figgy jujube. You'll also do OK with the milky mild. Either way, order whatever you're curious about. Toss each into the pot and pull it out once it's cooked and flavored. Rinse and repeat until you're full.