A quality cheap restaurant stands the test of time. Here are the places your grandma will remember.

Take one step in Fuller's, and you'll feel like you're back in 1947, when the always-packed Pearl District greasy spoon opened across the river. Fuller's old-timey charm comes from a combination of its zigzagging lunch-counter setup, the endearingly labyrinthine menu and its incredible lowball prices, particularly for the Special ($4.25): a plate-sized pancake, two strips of bacon and an egg.

The building housing the Helvetia Tavern opened as a bar the day after Prohibition ended, in a red barn so northerly it's almost beyond the hills of Hillsboro, with a gravel parking lot full of trucks that fit no regulation-sized spot and a Christmas tree farm over yonder. Its famous hamburgers are like a cartoon version of a hamburger, so big the buns couldn't help but be custom-made.

Dea's, a 63-year-old Gresham institution, is home not only to seemingly the entire retired population of the suburb, but to the Longburger—its own entrant in the 1950s fast-food wars of dubious distinction—a burger stretched to a rectangle and laid out on a hoagie-style bun, then topped with American cheese that serves as the glue for yet another 8-inch-long patty. No tomato. No lettuce. Just house sauce. It is a remarkable exercise in simplicity: a stretched-out Oreo made of meat. 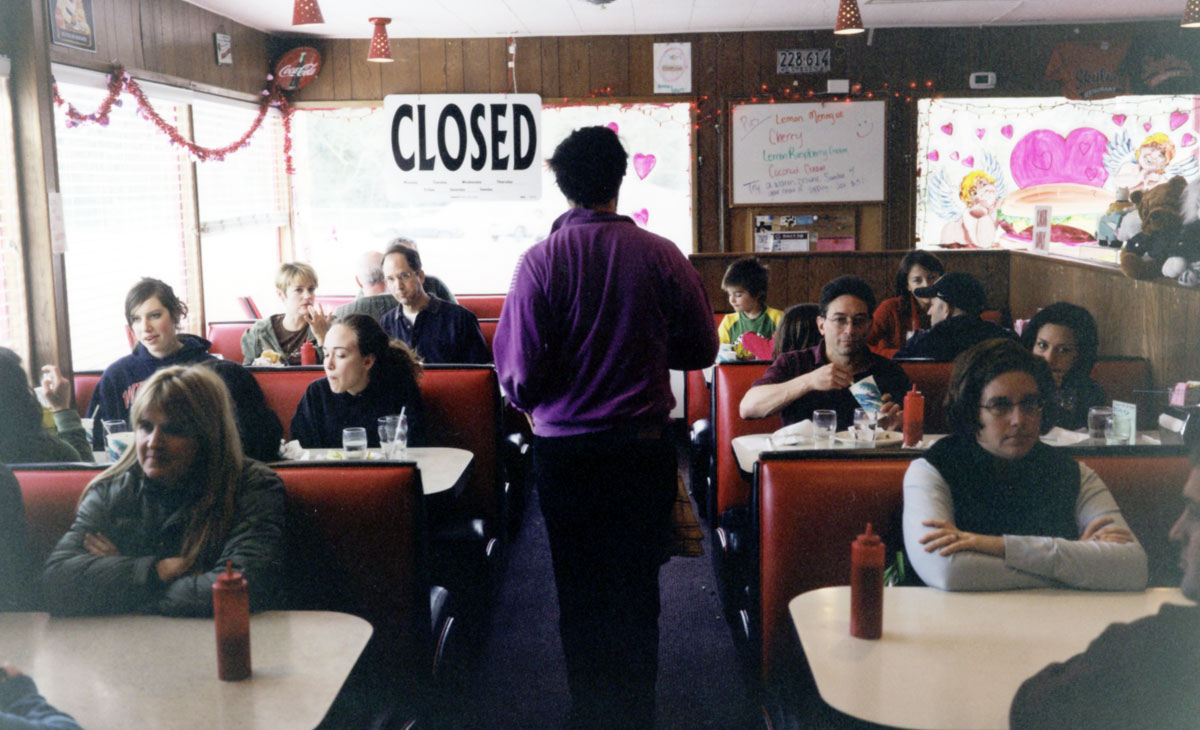 Originally called "The Speck"—the German word for "homicidal doctor"—Skyline Restaurant used to have a sextuple stack of neon signs that acted as an eerie beacon atop its hillside perch. These days, it needs no advertisement to attract teenagers on dates or hikers seeking to remove all benefits of their day's exercise. Avoid the barbecue-sauced half-pound monsters and go for the simple $5 quarter-pounder, then back it up with a shake just as big. (See page 33.)

A local landmark that's stretched the waistlines of everyone from Dan Rather to Michael Jordan over its 67 years—and which some locals doggedly insist is the first place ever to put bacon on a burger, alongside egg and ham on the longtime special ($8)—Stanich's remains blessedly immune to evolving dietary concerns and trending taste buds, with fries (small with sandwich, $1.25) are still hand-cut from unskinned potatoes, and their signature marriage of ground beef, cheese, tomatoes, lettuce, onions and bun-based delivery system ($7.25). But while newcomers may be misled by the many hanging pennants into believing they could catch a game on one of the flat-screen TVs, don't bother requesting a different channel from the overburdened staff. They're far too busy to change anything.

Founded over 50 years ago at the site of an old cider mill, Fryer Tuck still serves some of the better fried chicken in town—it is a meal that showcases reps and consistency from the chefs, not pedigree. The most expensive Snack Box combo is $8.95, with three pieces, jojos called "Little John Spuds" and creamy dip.

I once saw someone tased here late at night. This 24-hour Brooklyn hotcakery has seemingly endured forever, the central city's only true constant: It is always open, and it will always be here. Anyway, the greasy-spoon breakfast food is a wonderful taser for your growling stomach, a line of massive cakes and bacon and eggs fried on a griddle that's been seasoned over untold decades. But don't cause trouble after 3 am. There will always be a policeman eating here, and they'll tase you, bro.