The bakery, which helped kick off the artisan bakery boom in Portland, had already been sold to a Seattle bakery in 2012

With no announcement, Delphina's Northeast 42nd Avenue bakery cafe has been closed, and all website and social media presence for Delphina's has been scrubbed.

The bakery had already been sold to Seattle bakers Essential Baking Company in 2012, but this move effectively ends all public presence for the 30-year-old bakery, which has long staked its claim as the oldest of Portland's modern artisan bakeries.

In 1982, when Delphina's bakery was founded, there was Franz and there was Alessio—but it was arguably Delphina's that opened a new era. Onetime owners and bakers Carolyn Mistell and Greg Mistell have gone on to co-found Pearl Bakery and Fleur De Lis, while bakers from Pearl Bakery helped found both Lovejoy Bakers and Little T.

While the phone line for wholesale bread is still running and the production bakery will not shut down, staff there confirmed that the bakery cafe will not open "for the foreseeable future." 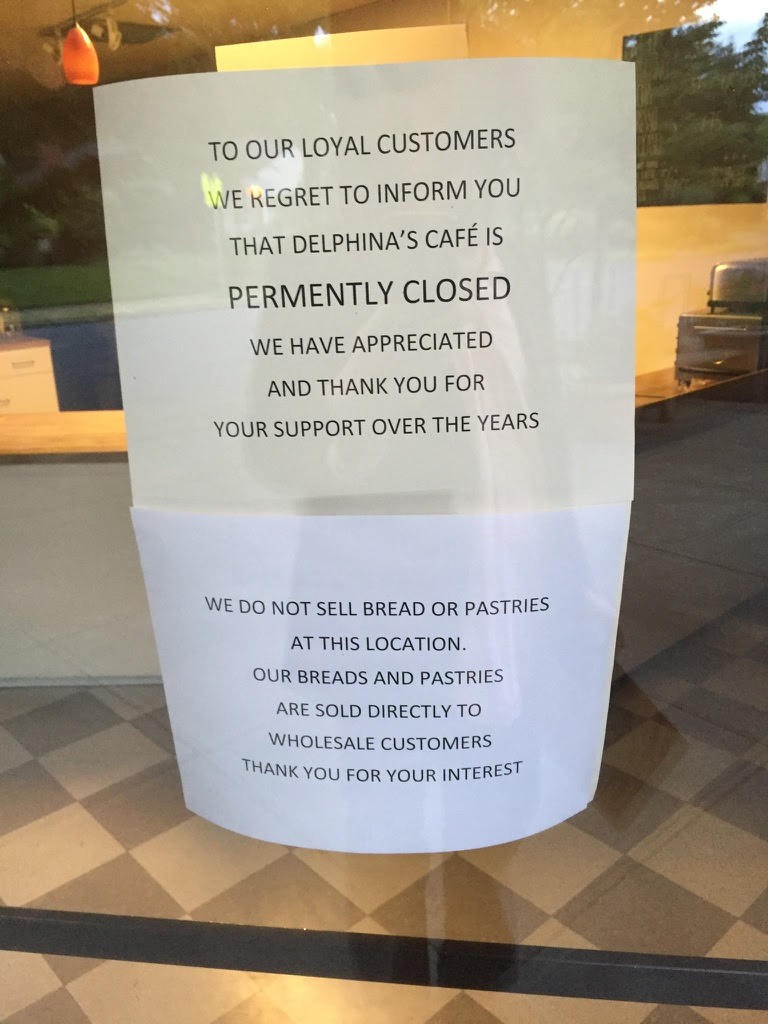