The best way to experience Rodney Muirhead's Texas brisket? That'd be atop a San Antonio "puffy taco" ($5), a tortilla fried to airiness and lightly dressed with salsa verde. While we've found that the city's best barbecue now comes from two new carts (see page 77), we're not over what La Taq does with the brisket from Muirhead's flagship, not just coaxing out the requisite fat and smoke but also a gentle red fruit sweetness that makes it sing louder than at Podnah's Pit. And that taco ain't even the best thing on the menu.

That honor goes to the green chile queso ($4), the best cheese dip I've had in town, warmly spicy with green chile and almost gratuitously topped with guacamole, served with thick homemade tortilla chips. La Taq is as much bar as it is restaurant (no kids, folks), and although it has entrees, its menu works best as a collection of small plates. You'll want a selection of tacos both puffy and classic ($3)— the rajas poblanos with roasted poblano, Oaxacan cream sauce and guac being a close second to the brisket—and for larger tables, the Combination Plate #3 ($16), a big-assed oval plate of West Texas stacked enchiladas (get the brisket), a brisket taco, a queso cup (edible!) and a mess of rice and beans. 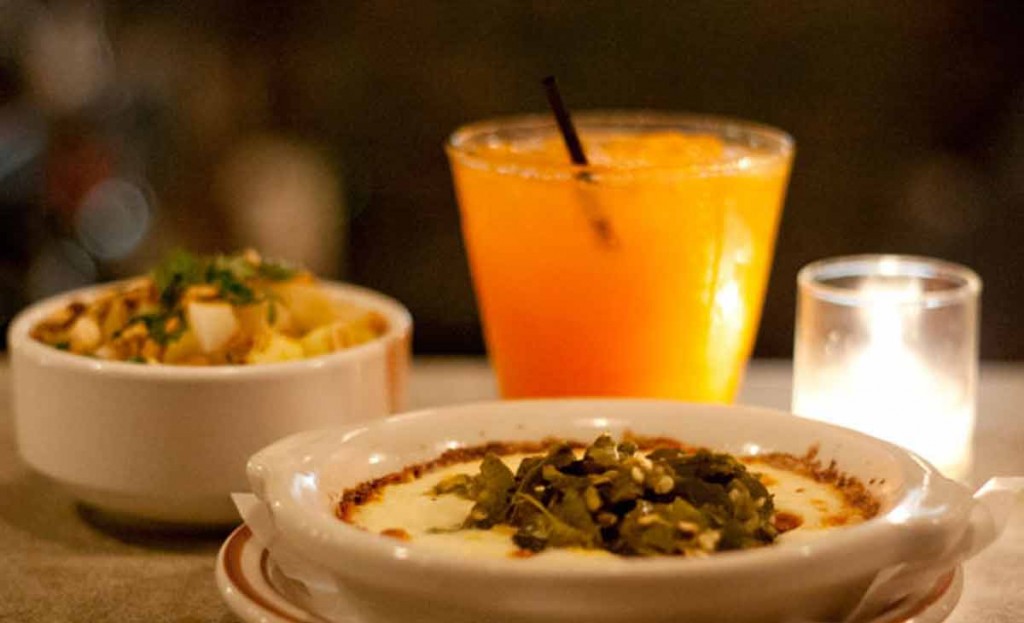 Wash that down with one of four margaritas (all $9, the house is my favorite), all on the boozy and sour side, which is what you want when punching through fat and molten cheese.

Eat: Each person is going to want roughly two tacos, plus either a share of the Combination Plate or some other nibblin's after the chips and queso. The taquitos de papa ($4) are an incredible amount of food—three fat taquitos stuffed with pillowy taters and topped with a generous scoop of guac. They do not skimp on the guac at La Taq.

Drink: Margs, duh. Skip craft beer for Negra Modelo ($4 a bottle) if you're not on the tequila plan. If you're really on the tequila plan, La Taq has an almost 30-deep list of tequila and mezcal ($6-$16) for delicate sipping as you run your finger inside the queso bowl to scrape up the last blobs of goodness.

Expected wait: La Taq is small, so figure about 20 minutes if you're coming in for dinner at peak times. It will help if you aren't averse to bar seating.

Who you'll eat with: Hip Northeast Portland kids, an endearingly out-of-place older couple all dressed up, some guy who will try to bring his kids in.