"You can't stop my joy," the Reo's Ribs owner Reo Varnado says in a tear-stained video this morning.

Portland's Reo's Ribs is no more—at least not right now.

The Hollywood-neighborhood rib joint, owned by Snoop Dogg's uncle Reo Varnado, burned in a fire early this morning at around 3:30 am, KOIN first reported an hour later. And according to social media reports confirmed by the fire department later this morning, people were seen running away from the fire as it erupted.

Reo Varnado was out of town, sending Facebook messages from California, where he was taking part in Martha and Snoop's Potluck Dinner Party, the show Snoop Dogg and Martha Stewart produce together on VH1. The day before the fire, Varnado proudly showed his placard on one of the studio doors, with the worlds "UNCLE REO" tacked on.

In a much different mood this morning, Varnado said in a tearful video that he believed racism was behind the fire.

"To all the people doing dirty, lowdown, rotten racist shit, your day is gonna come," he said. He paused to collect himself, then said he was glad no one was hurt.

Varnado spoke for 30 minutes, expressing disbelief that his rib shop would be set on fire, saying he's tried very hard during his life not to have enemies. "You put your whole heart and soul into something you like and love," he says, "and people come and take it away from you. You build your foundation. God always gave me the knowledge, and gave me strength and the heart to come back and be stronger than I am. So that's what I gotta do… Of all the things I've been through since I've been in Oregon, all the racism, it doesn't ever stop. Whoever you are, you're probably happy you did it."

Reached by phone this morning, Varnado's partner Myra Girod says they don't know yet what caused the fire—and that they haven't heard anything yet from fire investigators. But she does say they plan to re-open Reo's Ribs when they can.

"It's all boarded up, and completely damaged," says co-owner Myra Girod of the business she and Varnado share. She also says they don't know for sure yet what caused the fire. "We definitely want to stay in business. We just don't know how we're gonna do it."

She also said it had been a tough day.

Varnado did strike a more positive note at some points in the video. "You can't stop my joy," he says. "Don't try to stop my blessings because you can't."

As if to underscore the point, he then posted a picture with Martha Stewart. 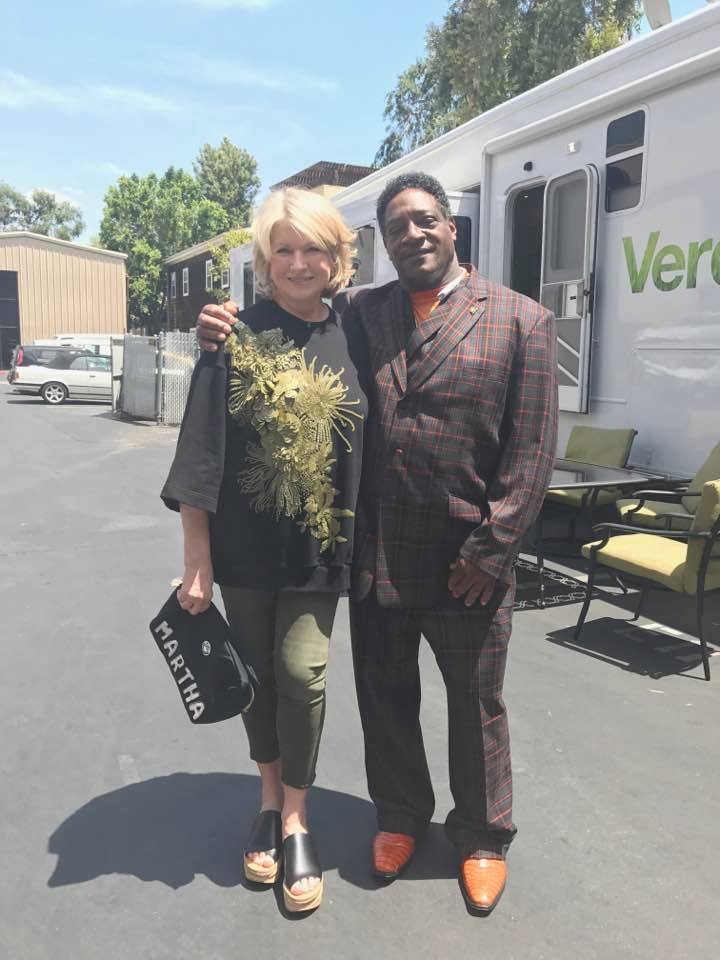