I am remembering myself on the very first time I was drinking at Breakside Brewery in the year 2011. I was very late coming to the bier party, which had started already a year ago! But then, it was also very far away from me. The brewery was very tiny three barrels and it was way up in the North of Portland, in a place called Dekum Triangel, and I was first drinking a bier called Just the Tip, which was a bier made with spruce trees that tasted so much like Christmas. I learned later it was also a sex joke. American brewers are always making sex jokes!

And while I prefer a German biergarten full of very large lager steins with handles on them, Breakside in Dekum was to me the best American brewpub. Ever since that time, almost every other brewpub that was not Breakside has been worse.

For Septemberfest, which is a bier month in Portland that happens in September at the same time as Oktoberfest, I have made many visits to the new Breakside Brewery in the Northwestern neighborhood of Slabtown, which is a neighborhood named after graves or logs or something.

My god, Breakside is a very fancy brewery now! Outside there is a crazy painting of a very large face of a sad man whose nose is very orange. And where they used to have a logo of a chair there is now a brand new logo made by a logo company that looks like a frisbee that is spinning.

There are two floors of bier bars and crazy art on the wall inside as well, and 24 taps of very hoppy bier, and many fancy young people working there who are young and beautiful. They have told me they are opening a biergarten in the sky, on the rooftop, where you can look out and see other rooftops being built. And it is so full of people! The people who drink there are also young and beautiful.

But when I first arrived in Slabtown in March there were no nachos at all, and the burger was on this butter-filled French brioche bun and it had two dry patties or very strange "Red Duck" sauce, and the tater tots were big and strange earth-apple pillows, and a $9 pretzel was so large it was larger than some babies. And the food was very expensive!

God be thanked, the bier was still very good, with the best hazy India Pale Ale bier I have ever had in a brewpub that was not Great Notion, and so many other hoppy biers!

Here in "Slabtown," I have had California-style IPA, and Northwest IPA, and that wonderful hazy New England IPA called What Rough Beast that used to be called Something Wicked, and a very good IPA with a hop called Cashmere that tastes very much like a cantaloupe. It is a wonderful bier pub, and many of the very good biers are made by a brewer named Will Jaquiss (who I must disclose is the nephew of a reporter at WW).

But it was not until quite recently that they had food we wanted to eat. Well, now they have food like that! The burger ($12) now has a tangy sauce that is very nice and is a balance to the buttery bread. There are nachos there ($9) like the nachos they have in the perfect brewpub of Dekum, with so much cheese and pico de gallo and jalapeños it is like a salad made of only fat and spice.

And the wings ($9) have gotten much nicer. They are the large and saucy kind of wings with two joints, and they are sometimes a little mushy, which sounds like a dirty word in German. But often they are also very good and crisp and spicy and sweet, especially when you order the Buffalo Sauce. The mac and cheese is a whopping $15, but it is also so very good, with two different cheeses and so rich. Now the Breakside is being very much like the brewpub we were falling deep in love with six years ago. And this is so good, because we very much like the bier.

Breakside are the neighbors to our offices and we like to drink there without having enemies, and so we decided we would not say anything until we knew we could say something very nice. And so now, we are saying it. We are saying we are so very happy that Breakside Slabtown is now a place we very much like to be. 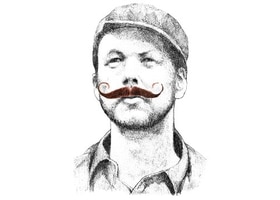 Matthias Korfhäge died in Munich in 1998. He was mourned by thousands.