Contrary to popular belief, the Sauvie Island ice cream boat is not an urban legend.

It’s very real, and anyone who remains unconvinced of its existence has just never been at the right place at the right time, according to Scott Wessa, who runs it.

“If the weather is above 80 degrees on a Saturday or Sunday,” he says, “we’re there.”

For over 17 years, Wessa operated a fleet of ice cream trucks across Clark County in Washington. Somewhere along the line, he started to notice a trend: Sales boomed in spring and early summer, but dropped off once the weather started really heating up. It wasn’t until one particularly hot summer, in 2009, when he and his wife, Kim, decided to take their business out on the open water, in a red, 17-foot fishing boat, to test their luck.

They found an untapped market of eager buyers. From then on, the Sweet Tooth Ice Cream Boat became a summertime staple on the shores of Sauvie Island.

“Anytime we pull up now, it’s like you’ve never seen someone happier than getting an ice cream cone on the beach,” Wessa says.

If the forecast looks good, Wessa will start packing up the goods the night before—strawberry shortcake, bubblegum swirls, Nestlé Drumsticks, mango and coconut fruit bars—along with dry ice. The next day, he’ll load the boat around 10 am, drive to the ramp at Ridgefield State Park and be out on the water slinging ice cream from 2 to 6 pm.

Over the past decade, the Wessas have solidified their route. The first stop is Reeder Beach, on to Willow Point, and then Collins Beach, which is clothing optional. (One Twitter user recalls swimming out to the boat naked to grab a Choco Taco.) On particularly nice days, they’ll do the route more than once. You’ll hear them coming: The boat is outfitted with a speaker that plays traditional, chiming ice cream truck music.

Wessa has since sold off his truck fleet and doesn’t rely on ice cream to make him money anymore. Hauling ice cream up and down the Columbia is laborious, and Wessa has since moved on to other ventures. So if you can spot him, consider yourself lucky.

“It’s a lot of work. We mostly do this to make people happy,” he says. “Our business now is other people. It’s fun for us and fun for the customer.” 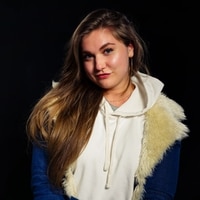