A full-album tour doesn't really play to Bruce Springsteen's strengths. Of all the major legacy acts still pulling a hefty living on the road, the concept probably does him the greatest disservice. Sure, he's made some foundational records, but he's a man of moments, more than monuments. He's got enough hits to fill an arena show by themselves, and a near-bottomless vault of deep cuts to keep the Bruceologists on their toes. Why constrain himself to a specific set of songs—particularly the many, many songs of 1980's The River, his longest album?

He tried to explain the reasoning for this current tour soon after arriving onstage at Moda Center last night—flanked, of course, by the E Street Band—his voice already shredded from his four-hour marathon in L.A. over the weekend. He called The River his "coming of age record," the album that broadened the themes of his songwriting, where he gazed into adulthood for the first time and pondered the beauty and struggle of raising a family, growing old and leaving a legacy. It's possible he's revisiting the album now, at age 66, because he's old enough to truly appraise it, to see how much he got right. Of course, the more cynical among us might say he's just hawking the expanded $100 River box set. Maybe both things are true.

In any case, the thing about playing any album in its entirety is that you've got to play all of it, and there are precious few that justify being recreated front to back. At close to 90 minutes, The River is a great, sprawling monument, but its individual moments are mixed.

In Portland, the standouts were its mournful ballads, drawn out past their recorded versions in both length and emotional weight: "Point Blank," "Drive All Night" and especially the border-town take on "The River," which Springsteen began by reaching for his deepest guttural growl and ended with a wordless, wounded howl. "The Ties That Bind" and "Two Hearts" are the sort of driving anthems that birthed a thousand Hold Steadies, while the opening "Meet Me in the City," a song that would be on a greatest hits compilation for most artists, is one he left on the cutting-room floor. And of course there's "Hungry Heart," the album's one staple single, which Springsteen mostly let the crowd handle, before taking a trust-fall into the audience as he did the last time he came through town.

Around those highlights, though, are a lot of same-y, throwaway rockers one imagines he hasn't touched in decades—the silly "You Can Look (But Better Not Touch)," the '60s garage pastiche "I'm a Rocker"—and more slumberous tracks that suffered from being stretched out live. Of course, one good thing about the full-album format is you can plan your bathroom breaks. May I suggest the stretch from "Cadillac Ranch" to "Fade Away"?

But then again, this is Bruce Springsteen we're talking about. His indefatigable energy has been as mythologized as everything else about his persona, but it really is something to see. If this tour proves anything about Springsteen, it's his ability to squeeze every bit of worth from whatever he's playing through sheer will, sweat and gravelly soul—and from the audience, who he continually prodded to keep up with him as the show stretched into its third hour.

And The River isn't all we got, anyway. After completing the record, he tacked on another, breathless hour of everything all the non-Bruceologists paid $150 to hear, without so much as a stage break. He dedicated "Promised Land" to Sleater-Kinney, brought a young girl onstage to fill the Courtney Cox role for "Dancing In The Dark," and did the final five-song run, from "Born to Run" to a wedding-band-appropriate cover of "Shout," with the house lights up. On a tour dedicated to a towering monument, it was still those individual moments, plucked from different points of a near-peerless career, that won the night. In other words, it was a Springsteen show. And if you weren't there, you'll be hearing about it until the next one.

All photos by Emily Joan Greene. 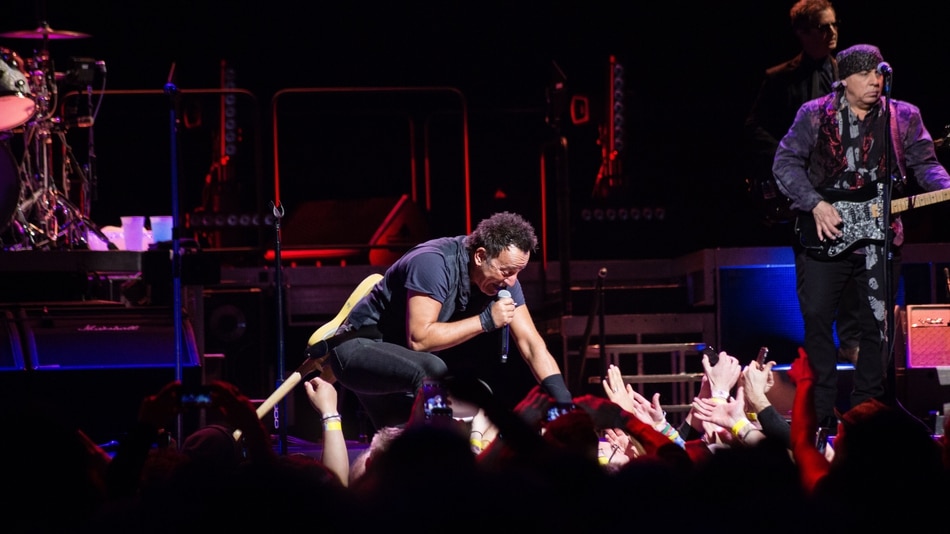 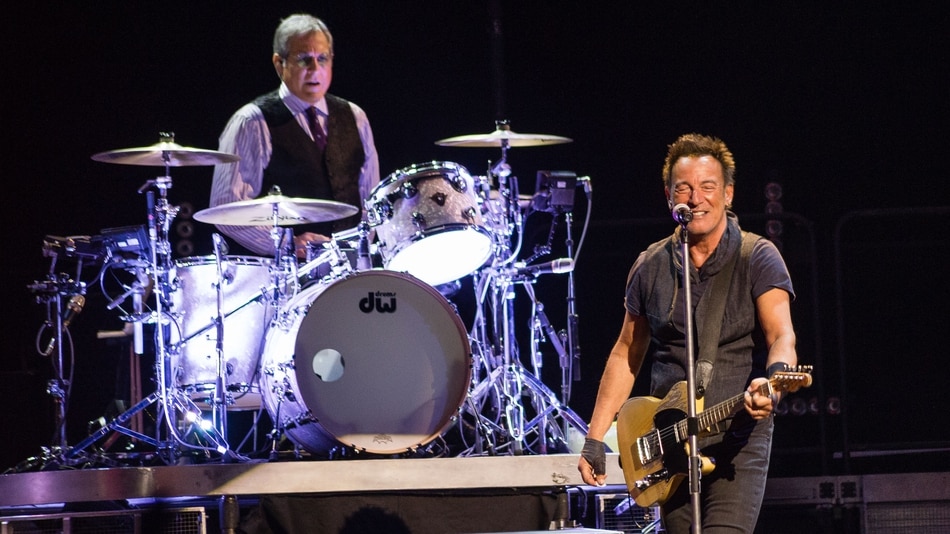 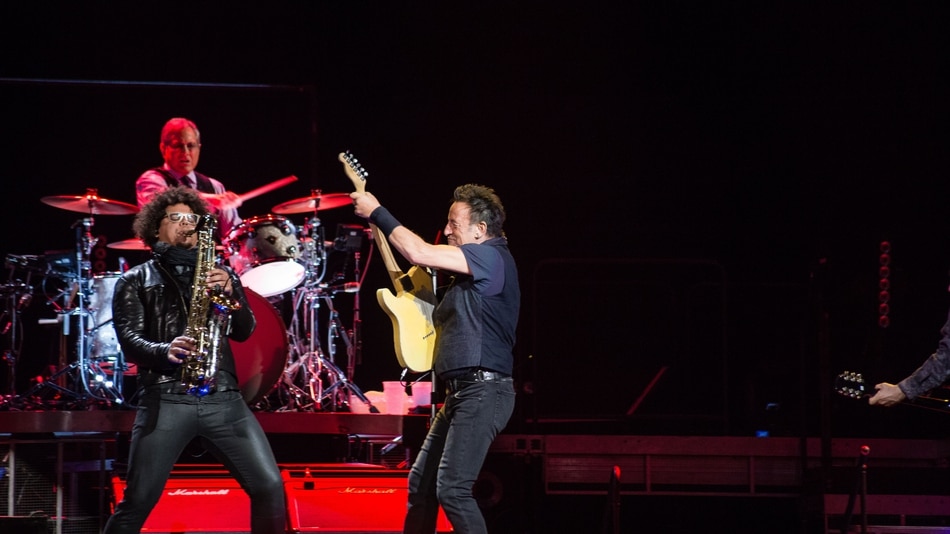 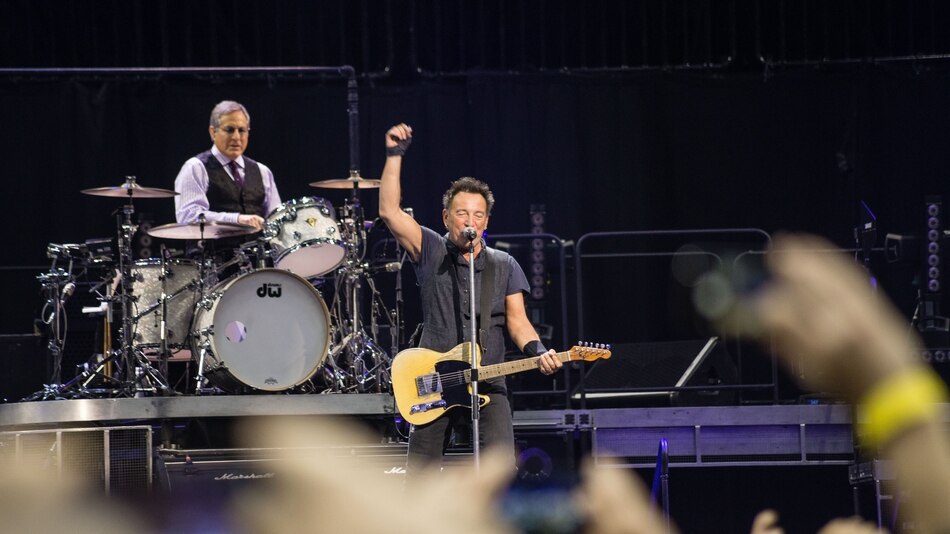 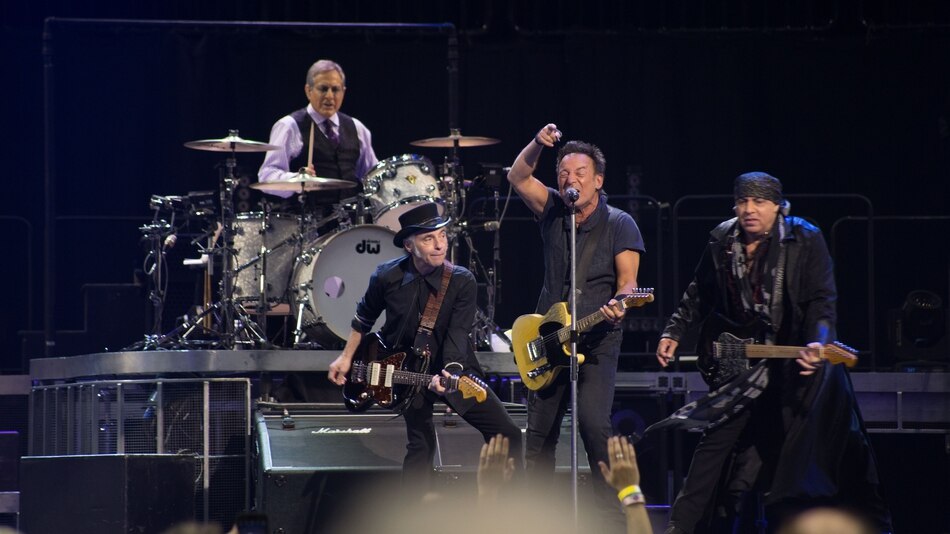 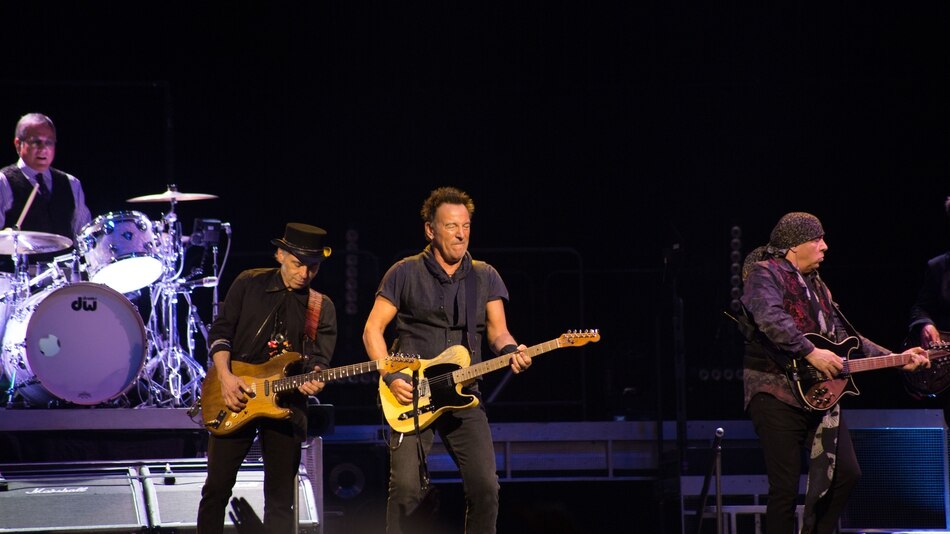 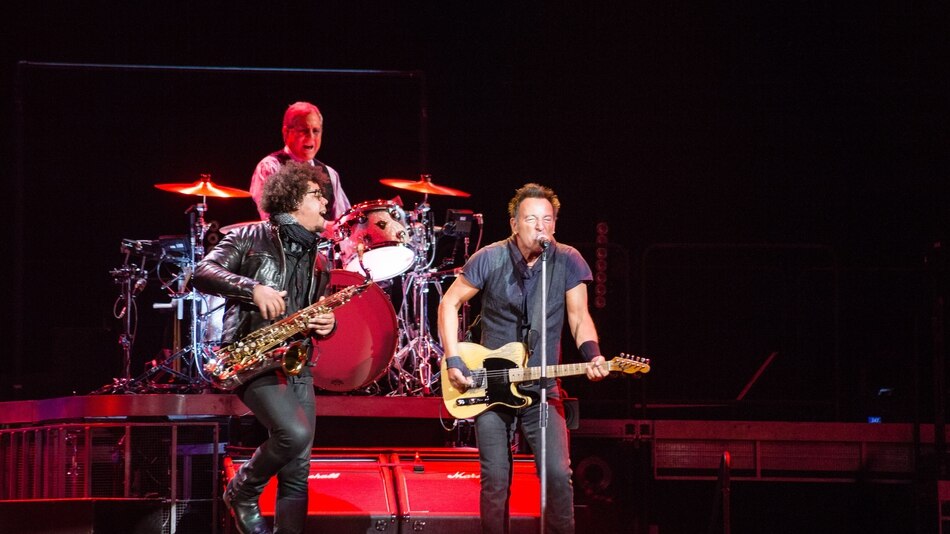