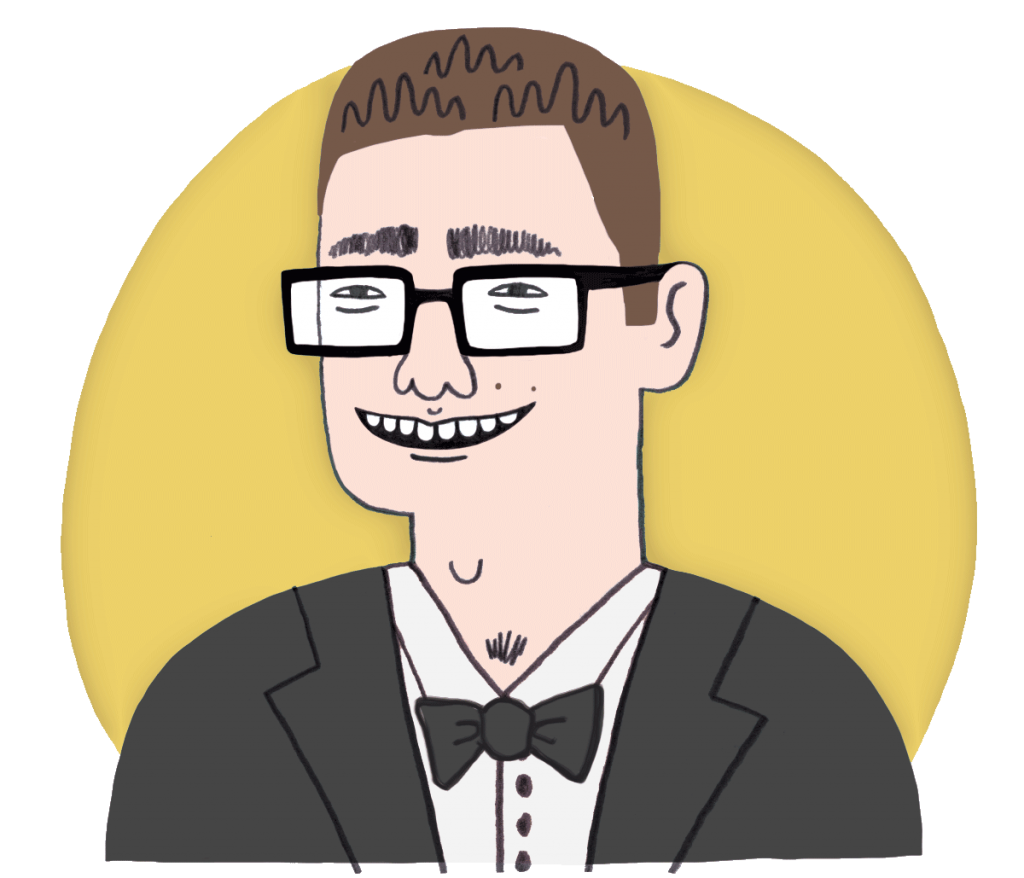 As you're probably aware, the Academy Awards telecast only shows you only a sliver of the awards given out. You get the glamor of Best Picture without having to see the nominees for Best Title Cards or Best Original Lighting Design. It can get obscure. So, to help you out, I've combed every industry rumor mill and back channel to advise you on your predictions for these lesser-known Oscars. 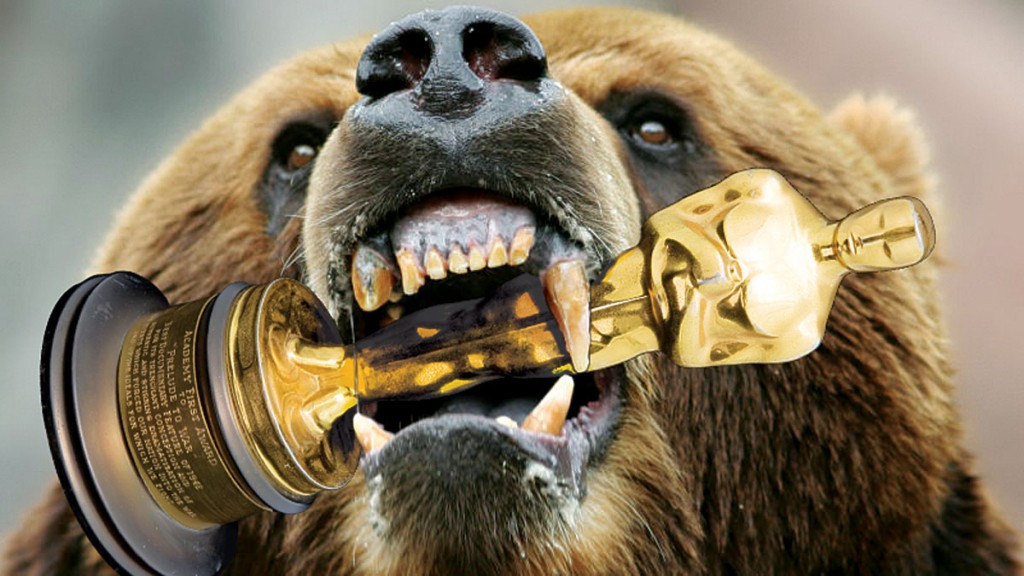 The bear attack in The Revenant lasts longer than the entire documentary Grizzly Man. It's brutal. At one point, the bear even looks at the camera and says, "It's a living." I know, I was surprised too. But DiCaprio wants an Oscar so bad he persuaded the Academy to add this category. 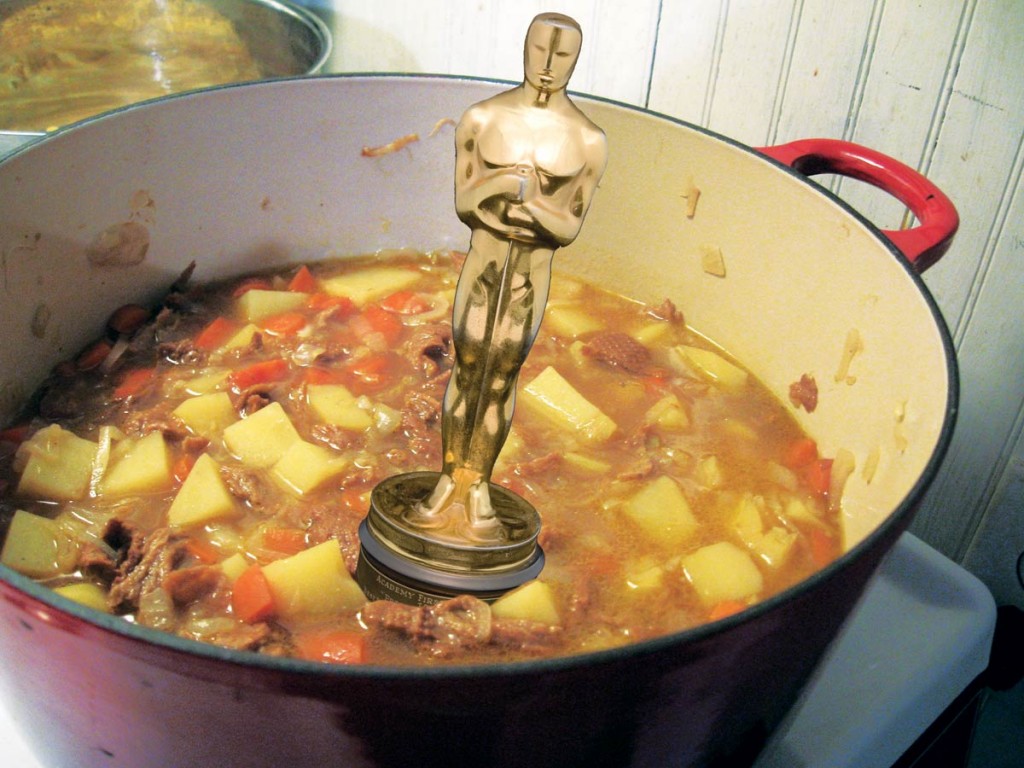 Three-racist-children-in-a-trench-coat Quentin Tarantino created a really delicious-looking stew in The Hateful Eight, though of course you need to watch people eat it in Ultra Panavision to truly appreciate his genius. That would be enough to take this award, but QT goes further by making the stew a plot point! Samuel Jackson pontificates about how a chef's stew tastes the same no matter what ingredients are used, and even though that definitely isn't true, I think it's enough to bring home the statuette.

Other nominees: Bowl of Slop, The Revenant; Food That Magically Gets Bigger, Star Wars Episode VII: The Force Awakens

Note: The Academy added this category for 2016 so it would have at least one brown nominee. 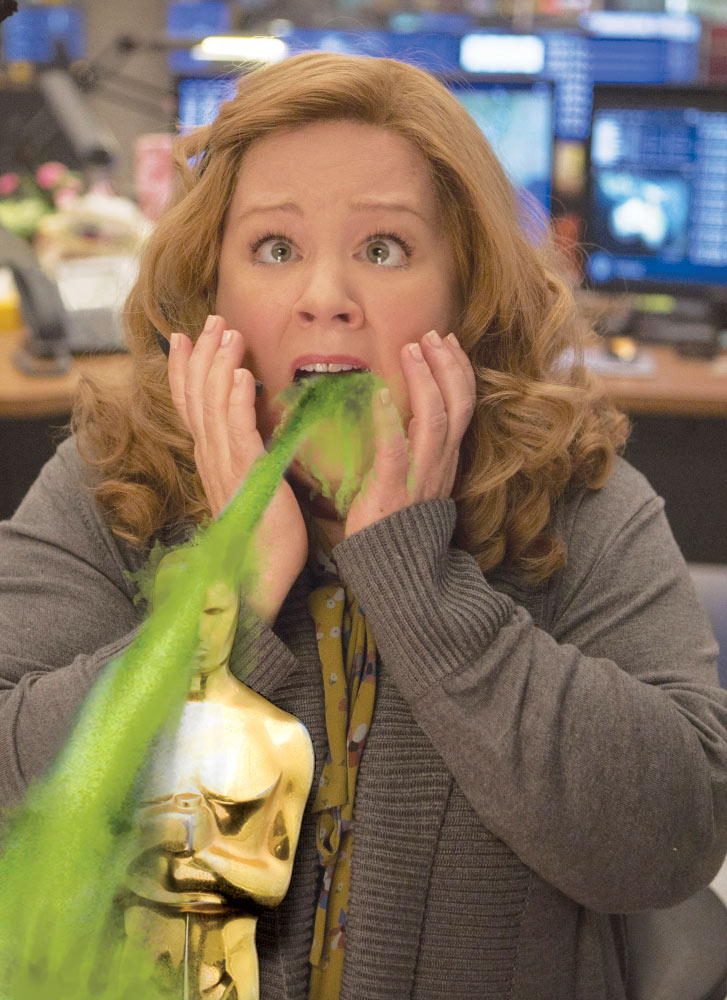 Fake vomit was a really crowded category this year. Watching movies in 2015 almost felt like all Hollywood was part of a 24-hour film festival and the prop everybody needed to use was upchuck. The vomit in Spy was great, but more importantly, it was vomited directly onto a recently deceased man. 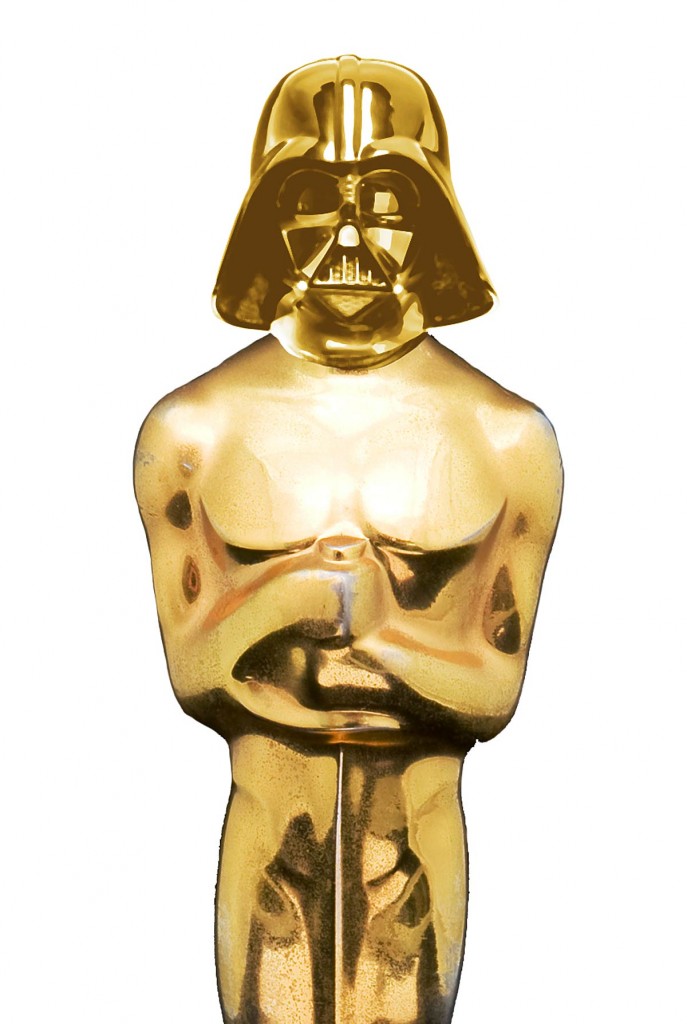 SWEVII: TFA barely beats out two other films for this coveted award, wherein a franchise is rebooted by making a film that is shockingly similar to the original. The films are also going head to head in other categories like the always contentious Best Performance by an Older Actor Who Isn't Really Trying. 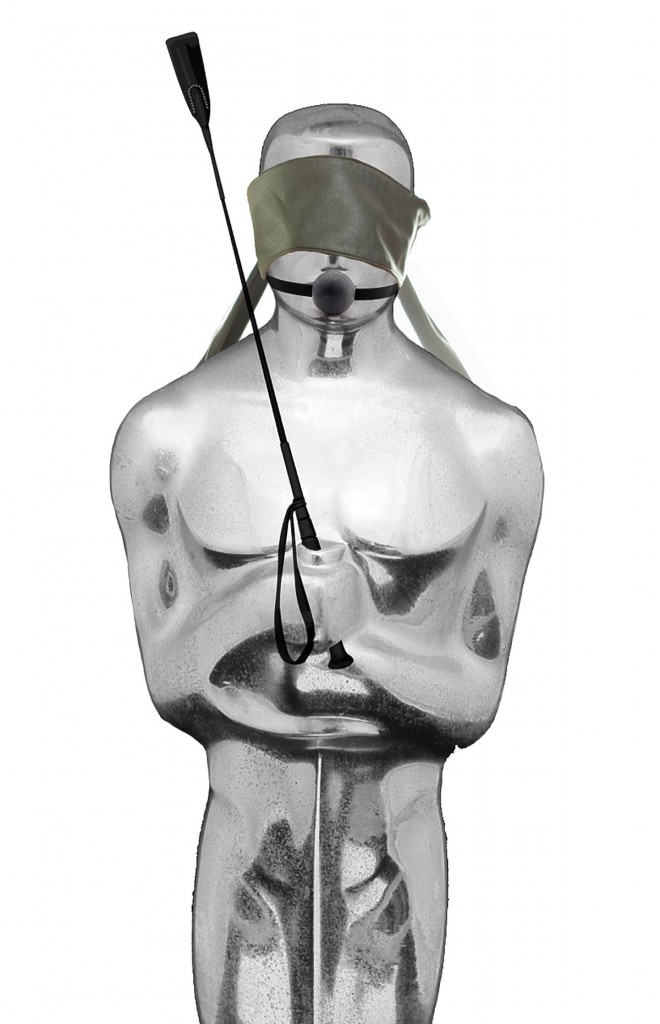 Johnson and Dornan are stiff and wooden (but not in a good way). They get a little kinky (or what the MPAA refers to as "sexual content including…some unusual behavior"), but mostly they just seem like people who don't like being close to each other. 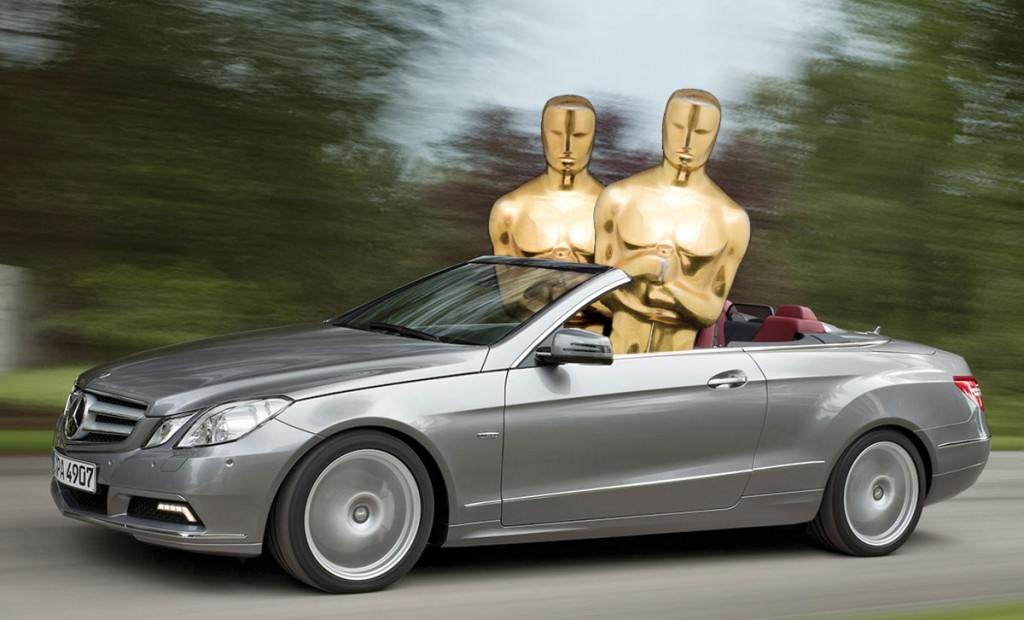 Hardy and Theron had more chemistry than 20 Johnson-Dornan pairings (for the math nerds, that's 1,000 shades of Grey).

Other nominees: Arlo and Spot, The Good Dinosaur; The Avengers if you got rid of Thor and Hawkeye, Avengers: Age of Ultron; Rooney Mara and Cate Blanchett, Carol 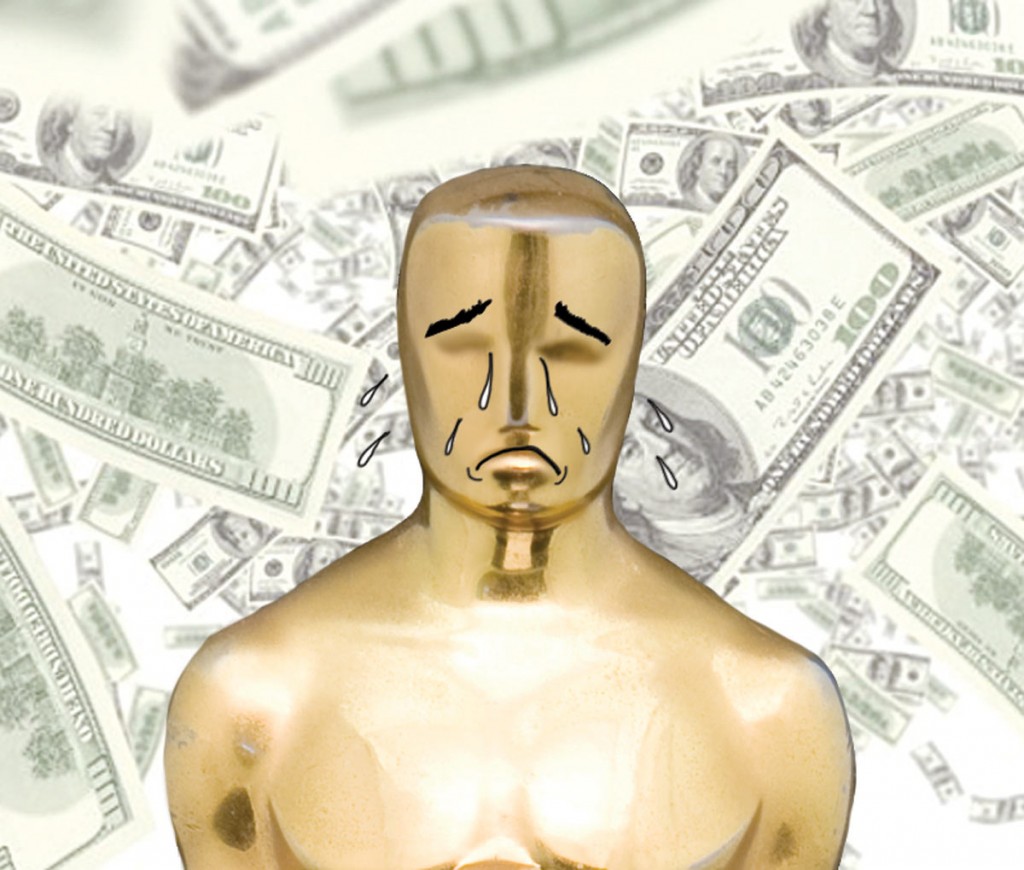 Winner: "Being a Rich Kid in San Francisco Is So Hard," Inside Out

If the child soldiers in Beasts of No Nation ate broccoli on pizza and then didn't make the hockey team, it would be the BEST DAY OF THEIR FUCKING LIVES.

Other nominees: "I'm in Space and Have Nothing to Eat," The Martian; "My Big Party Is Ruined Because My Husband Once Loved Someone Else," 45 Years 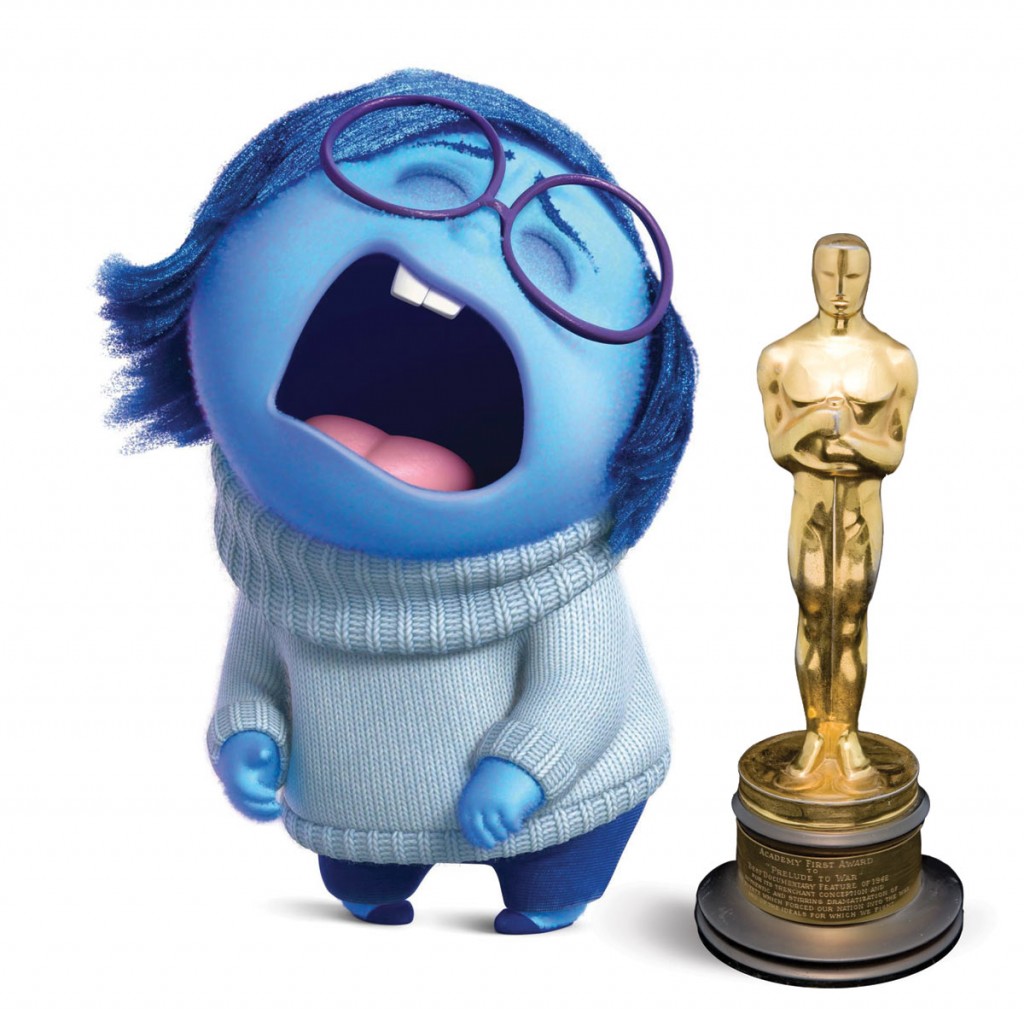 Best Theme if You Want to Win an Award Winner

Kids in movies had a real hard time last year. Room trapped a kid in a box, and the son in Son of Saul died before the film starts. Spotlight went more obliquely at the theme with a bunch of adults investigating child abuse. And Inside Out involved that rich girl really going through hell when the moving van helping her gentrify San Francisco was a couple days late.

Other nominees: Terrible Things Happening to Leonardo DiCaprio, White People in the Snow

Alex is a comedian and the host of the podcast Read it and Weep about bad books and movies. Follow him on Twitter @alex_falcone.